The house at 1030 Worthington Street in Springfield, around 1938-1939. Image courtesy of the Springfield Preservation Trust. 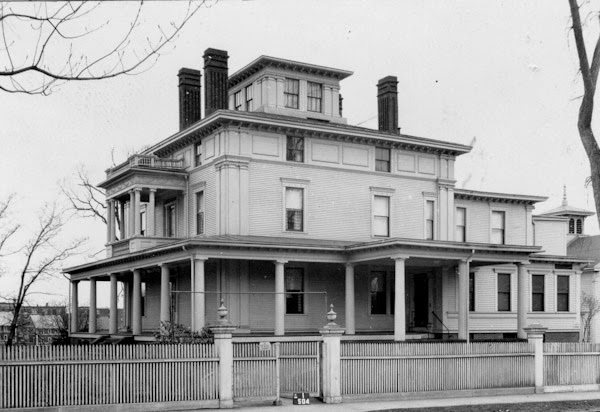 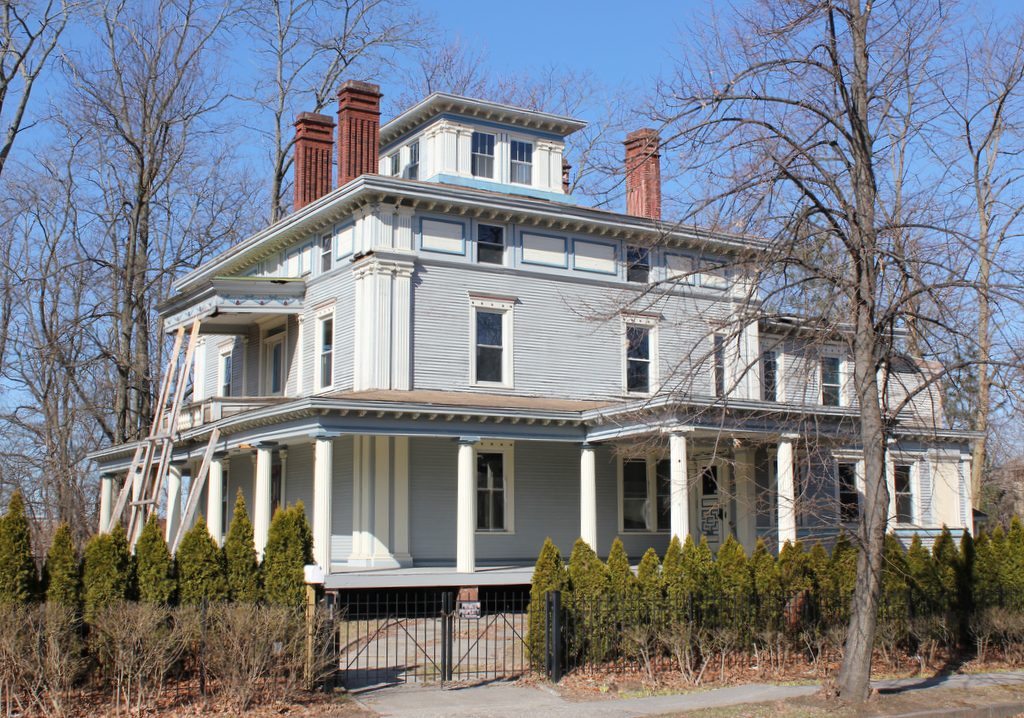 This Italianate-style home is the oldest in the city’s historic McKnight neighborhood, predating the area’s large-scale development by two decades. It was built around 1850, at a time when this section of Springfield was sparsely settled. A few of Springfield’s wealthy residents built estates on large lots here, including George Kibbe, who was the original owner of this house. He and his younger brother Horace were the owners of the Kibbe Brothers Company, a Springfield-based candy company that was, for many years, located in the Union Block at the corner of Main Street and Harrison Avenue. From here, they distributed candy to retailers throughout the region, utilizing horse-drawn wagons that traveled on regularly-scheduled routes across New England.

George Kibbe lived in this house for many years, along with his wife Sarah and their daughters Sarah and Georgiana. A third daughter, Emily, died in 1853 at the age of six, only a few years after the family moved into the house. During the time that the family lived here, the area began to undergo significant transformation. Land that had once been on the outskirts of the city became one of Springfield’s most desirable residential neighborhoods, and by the 1880s a number of other large mansions were built along this section of Worthington Street. George only lived to see the very beginning of these changes, though, because he died in 1882, at the age of 64.

After George Kibbe’s death, part of his land was subdivided and developed. Bowdoin Street was extended north through the property,and a number of new homes were built here by the late 1880s. Kibbe’s old house remained, though, and was sold to Sigmund Levison, a businessman who owned a prosperous millinery company in Springfield. He was born in Germany and came to the United States as a young man, where he worked for his uncle’s millinery company. After his uncle retired in 1879, Levison purchased the Springfield branch of the business and operated it for many years.

In 1894, Levison made some alterations to the house, bringing it more in line with architectural tastes of the era by adding the classical details that are now part of the exterior. His first wife, Eleanore, died in 1916, and two years later he remarried to Edith Wilson, who was 24 years younger than him. After Sigmund’s death in the late 1920s, Edith remained in the house for another decade or so, and in the 1930 census she was living here with her 80-year-old mother and a servant.

In 1937, shortly before the first photo was taken, the house became an Odd Fellows lodge. In the 1970s, it became a VFW post, but this eventually closed as well. Today, its exterior appearance has changed little since the 1930s, and it stands as the oldest building in the McKnight neighborhood. Within the past few decades, several different owners have purchased the house with the intention of restoring it, but as of now it remains vacant.