The Woronoco House on Elm Street in Westfield, around the 1860s. Image from Picturesque Hampden (1892). 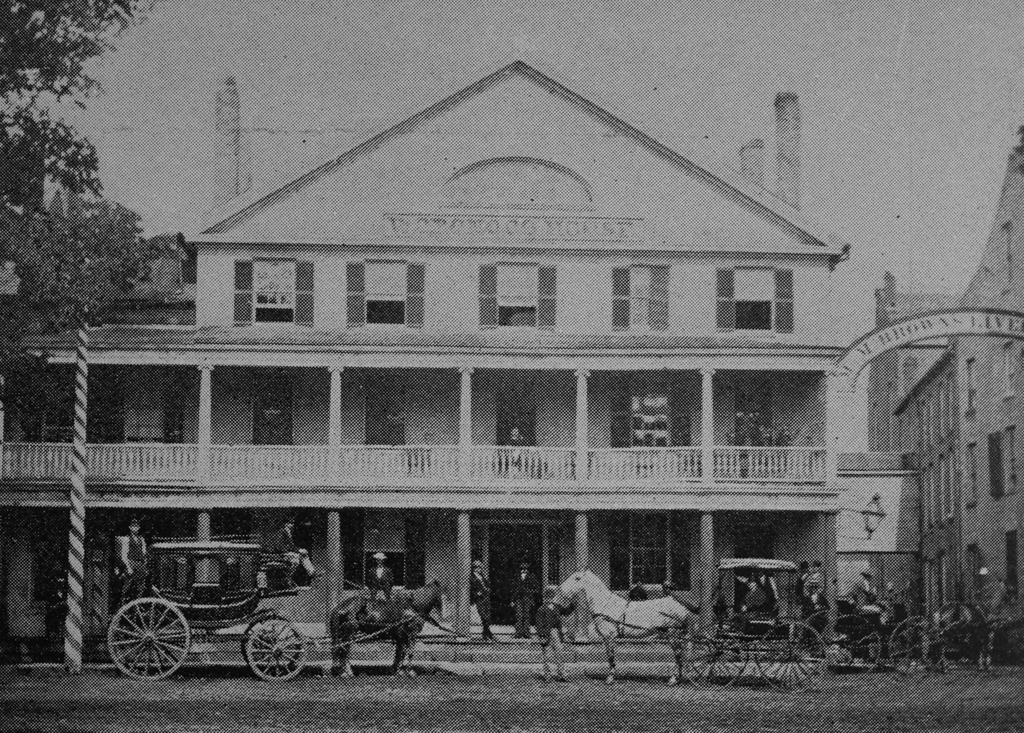 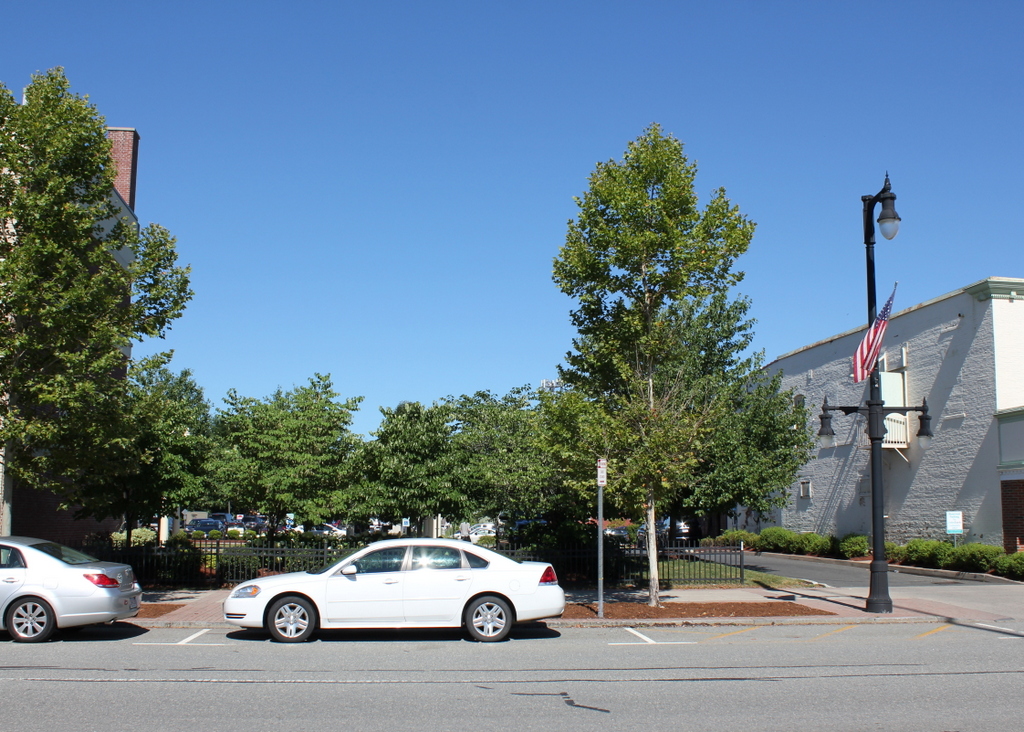 The Woronoco House was an important hotel here in Westfield throughout much of the 1800s. It was built at some point early in the century, and it stood on the west side of Park Square in downtown Westfield. It was brick, three stories in height, with a distinctive two-story porch here on the Elm Street side. The hotel could accommodate between 80 to 100 guests, and the building also included a tavern, in addition to a barber shop that was marked by a tall striped pole on the left side of the first photo.

The hotel was a stagecoach stop in the years before the railroad, and it also served as a gathering place for locals, ranging from the farmers who lived in the villages on the outskirts of town, to the wealthy cigar and whip manufacturers who dominated the local economy of the mid-19th century. During this time, the Woronoco House also saw a number of notable guests from out of town. These included author Bayard Taylor, Senator Charles Sumner, zoologist and anthropologist Paul Du Chaillu, abolitionist Wendell Phillips, New-York Tribune editor Horace Greeley, Governor John A. Andrew, and politician Edward Everett, who served variously as governor, senator, ambassador to the United Kingdom, and secretary of state.

In 1871, the Woronoco House property was sold for $25,000, and the new owners soon made significant changes to the building. The original structure was evidently retained, but the exterior was completely reconstructed, including the removal of the porches. At some point, probably as part of this renovation, a fourth floor was added to the hotel, and the original gable roof was replaced by a flat roof. Upon completion, the hotel reopened as the Wilmarth House, but it was renamed again in 1886, becoming the Park Square Hotel.

The hotel remained in use well into the 20th century. It underwent another renovation in 1914, and was subsequently rebranded the New Park Square Hotel. However, the building was completely destroyed by an early-morning fire on December 7, 1942. It was one of several catastrophic fires in downtown Westfield during the mid-20th century, and it took firefighters some 13 hours to extinguish the blaze.

There were 35 guests in the hotel at the time of the fire, some of whom appear to have been long-term residents. Four of them were survivors of the fatal 1936 Van Deusen Inn fire, which had killed seven people, but everyone safely escaped from the New Park Square Hotel. One of the survivors of both fires was Minnie Hutchinson, who was carried out of the building by Deputy Chief Joseph Guinasso. Coincidentally, he was the same firefighter who had rescued her from the Van Deusen six years earlier.

The hotel proved to be a total loss, but firefighters were able to prevent the fire from spreading. Aside from minor smoke and water damage, the buildings on either side of the hotel survived largely unscathed. Today, the site of the hotel is now a parking lot, but these two neighboring buildings are still standing. On the left is the former Westfield Cooperative Bank, and on the right is the Snow and Hays Block. This building dates back to 1813, and was probably built around the same time as the Woronoco House, although it has been significantly altered over the years. As shown in the first photo, it was once four stories in height, but it was trimmed down to two stories in the 1940s. However, it survives as the only remnant from the first photo, and it is one of the oldest commercial buildings in downtown Westfield.