The view looking north through Crawford Notch in the White Mountains of New Hampshire, around 1900. Image courtesy of the Library of Congress, Detroit Publishing Company Collection. 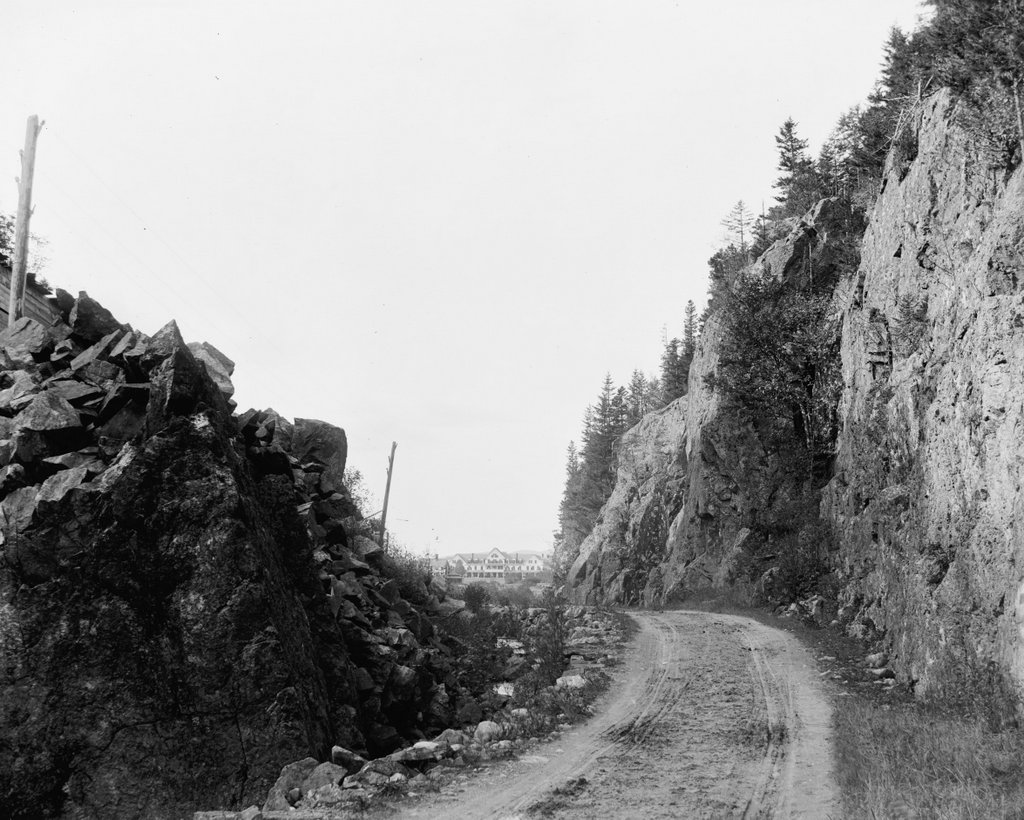 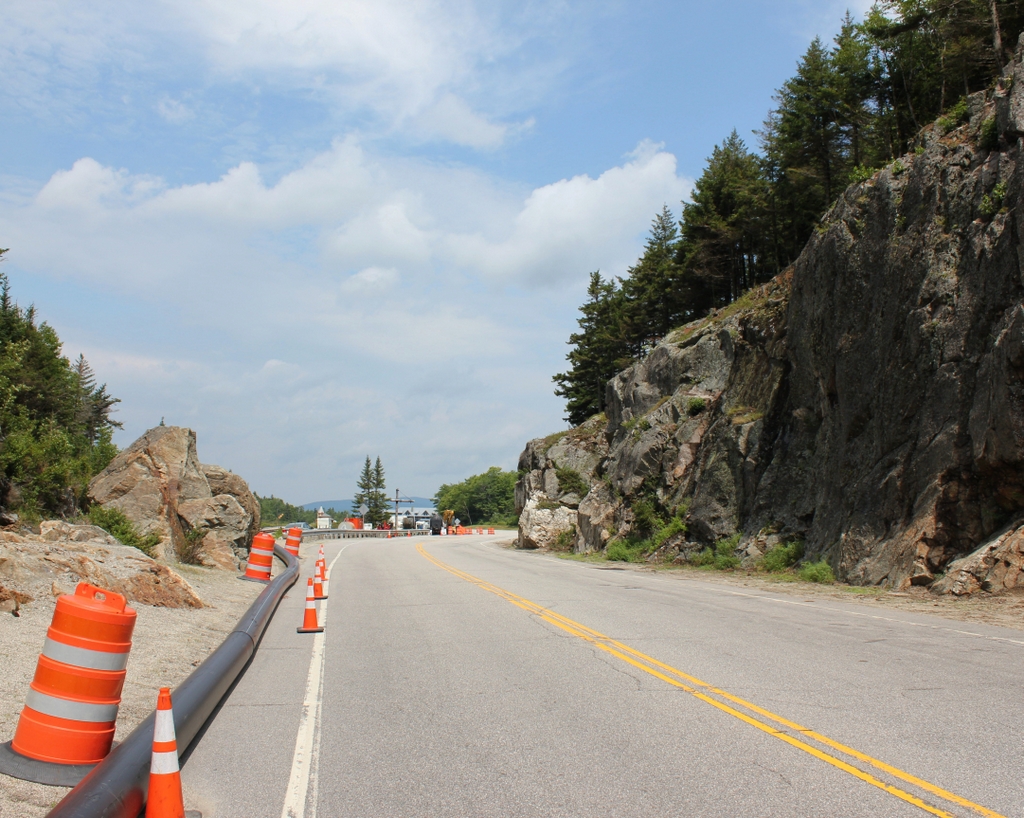 As discussed in greater detail in the previous post, Crawford Notch is one of the major mountain passes through the White Mountains region. It was first discovered by European settlers in 1771, and a road was built through here a few years later. However, the notch was already known to Native Americans long before then, and they had a trail that passed through here.

Crawford Notch is several miles in length, consisting of a narrow valley through the mountains, but its narrowest point is here at the northern end of the valley, near the divide between the watersheds of the Ammonoosuc and Saco Rivers. This spot, with steep rock ledges on either side, became known as the gates of the notch, and it was originally just a little over 20 feet in width. Over the years, though, it has been steadily widened, as a result of improvements to the road and the construction of a railroad through here in 1875.

The first photo was taken around the turn of the 20th century, at the start of the automobile era, but the road through the notch still looked very primitive at the time. Despite its appearance, though, this road served as a vital corridor through the mountains. Prior to the construction of the Kancamagus Highway in the 1960s, it was the only east-west road in the White Mountains, linking northern Vermont with the coastal region of southern Maine.

In addition, Crawford Notch also provided tourists with access to the White Mountains region, and many began arriving here during the first half of the 19th century. In fact, the notch itself is named for the Crawford family, who ran several different hotels in the vicinity of Crawford Notch during this period. They also blazed a trail, later known as the Crawford Path, from the notch to the summit of Mount Washington, and provided guided tours for visitors. This trail is still in use today, as the oldest segment of the modern-day Appalachian Trail.

Probably the most famous hotel here at the notch was the Crawford House, which is visible in the distance of the first photo. This property had previously been owned by the Crawford family, and in 1850 Tom Crawford began construction on the hotel. However, he soon ran into financial problems, and he had to sell the unfinished hotel. It was subsequently completed by a different owner, although the building was destroyed by a fire only a few years later, in 1859. The Crawford House was rebuilt later in 1859, though, and this second hotel building was still standing when the first photo was taken.

Today, more than a century after the first photo, Crawford Notch remains an important route through the mountains, although this scene here at the gates of the notch has undergone some significant changes. The narrow road from the first photo, with its wagon tracks visible in the dirt, is now the much wider U.S. Route 302. Further in the distance, the Crawford House is gone. It stood here for many years, but the hotel ultimately closed in 1975 and the building burned two years later. The site of the hotel is now the Highland Center, a lodge and educational center that is run by the Appalachian Mountain Club. The only surviving building from the first photo is the railroad station, which is barely visible in front of the left side of the hotel. It was built in 1891, and today it is still in use, serving as the northern terminus for most trains on the Conway Scenic Railroad.