Keeler’s Hotel, at the southwest corner of Broadway and Maiden Lane in Albany, around 1908. Image courtesy of the Library of Congress, Detroit Publishing Company Collection. 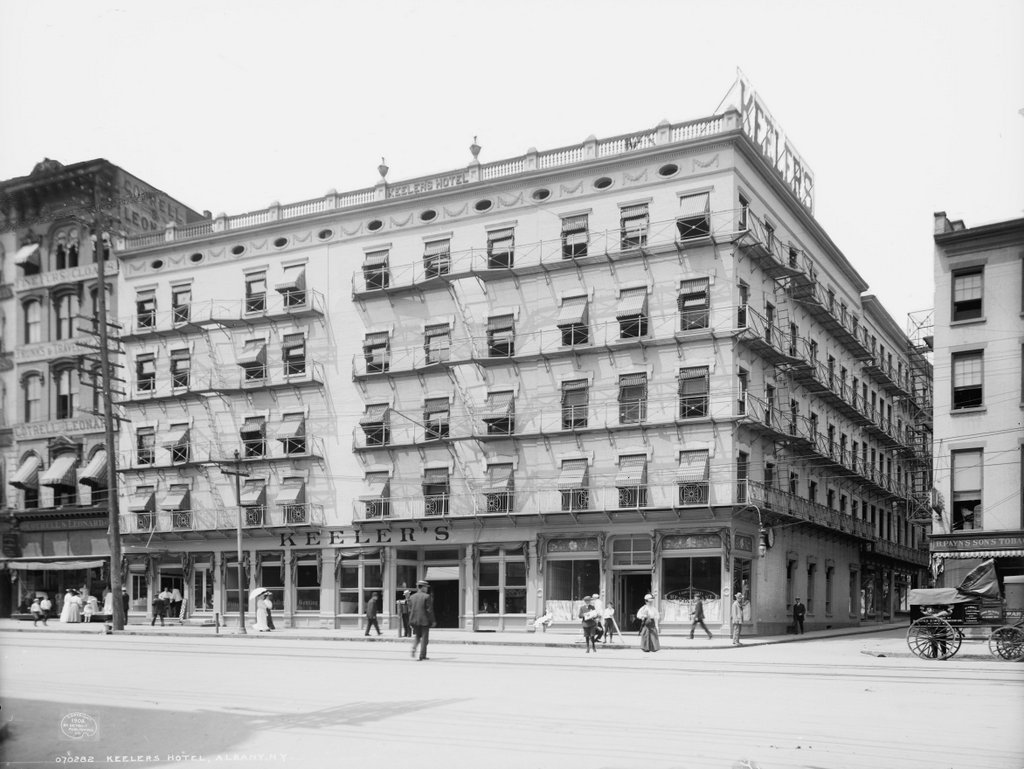 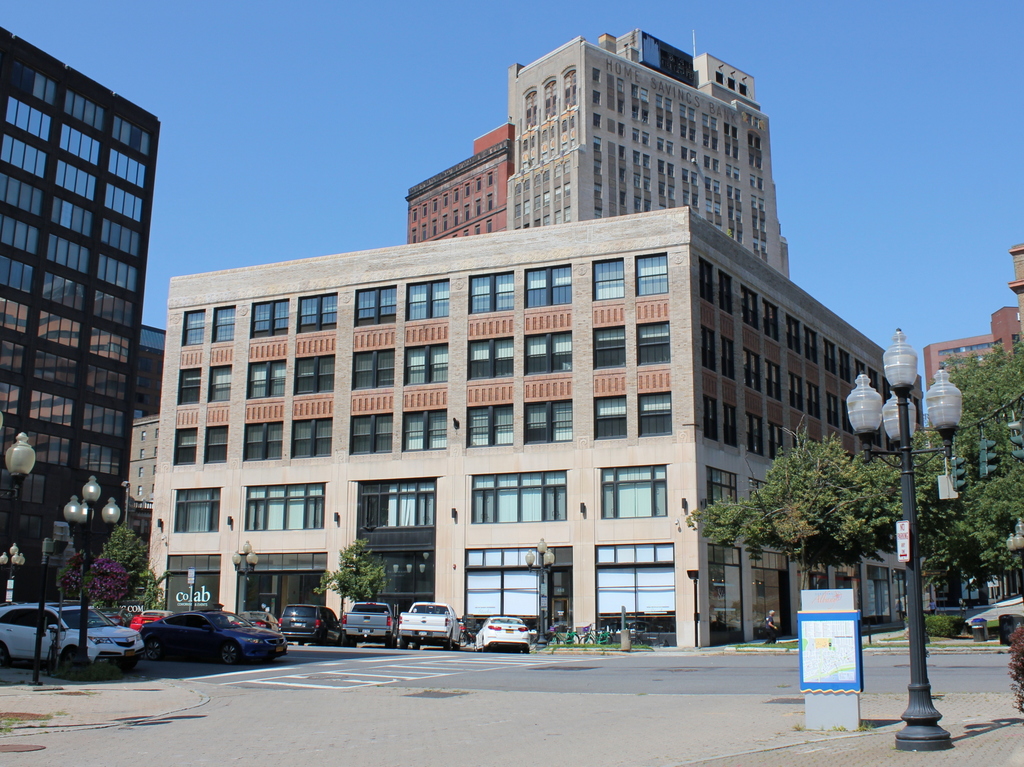 Keeler’s Hotel was one of the leading hotels in Albany in the late 19th and early 20th centuries. It stood on the west side of Broadway, just south of Maiden Lane, and for most of its existence it was run by William H. Keeler. Born in Albany in 1841, Keeler opened Keeler’s Oyster House on Green Street when he was in his early 20s, and it soon became one of the most popular restaurants in the area. Then, in 1871 he sold the restaurant to his brother John, and he went on to have a successful career in local politics, including serving as a city alderman, street commissioner, and as sheriff of Albany County.

After his time as sheriff, William Keeler returned to his previous career and opened a restaurant at 26 Maiden Lane. This storefront was still a restaurant when the first photo was taken around 1908, and it is visible in the distance on the far right side of the photo, just underneath where the second-story fire escape dips a few feet. However, by this point Keeler had significantly expanded beyond the restaurant. In 1890, he went into the hotel business by constructing this five-story building next to his restaurant, which became Keeler’s Hotel.

The hotel was popular both for travelers and for long-term boarders, although only men were allowed here as hotel guests. Women were permitted to eat at the restaurant, but only via a separate entrance on the Maiden Lane side of the building. Many of the guests here at the hotel were state legislators and other government officials who worked up the hill at the state capitol. Future governor and presidential candidate Al Smith was a regular, as were a number of Tammany-affiliated Democrats, including one of its leaders, Timothy D. “Big Tim” Sullivan, who boarded here in the early 20th century.

William Keeler died in 1918, and as it turned out his hotel did not outlive him by very long. Just over a year later, the building burned in an early-morning fire on June 17, 1919. The fire was detected around 3:00 am, and within two hours the entire building was destroyed in what newspapers described as “one of the most spectacular [fires] in the city’s history.” The hotel’s 226 guests were all able to get out of the building, thanks in part to the abundance of fire escapes as shown in the first photo. Newspaper accounts also give credit to the hotel’s telephone operator Anna Briggam, who remained at the switchboard as long as she could, in order to call the rooms and awaken sleeping guests. However, one firefighter was killed in the blaze, after a wall collapsed on top of him.

The site of the hotel was subsequently redeveloped as the Arcade Building, which was completed in 1928 and is still standing here today. With five stories, the new building is similar in size to its predecessor, but its sleek Art Deco design is very different from the cluttered exterior appearance of Keeler’s Hotel. It originally housed stores on the ground floor and office space on the upper floors, but in 2015 it was converted into luxury apartments.