The former Friends’ Academy building on the east side of Fourth Street, just south of Chestnut Street in Philadelphia, in April 1859. Image courtesy of the Library Company of Philadelphia, Frederick De Bourg Richards Photograph Collection. 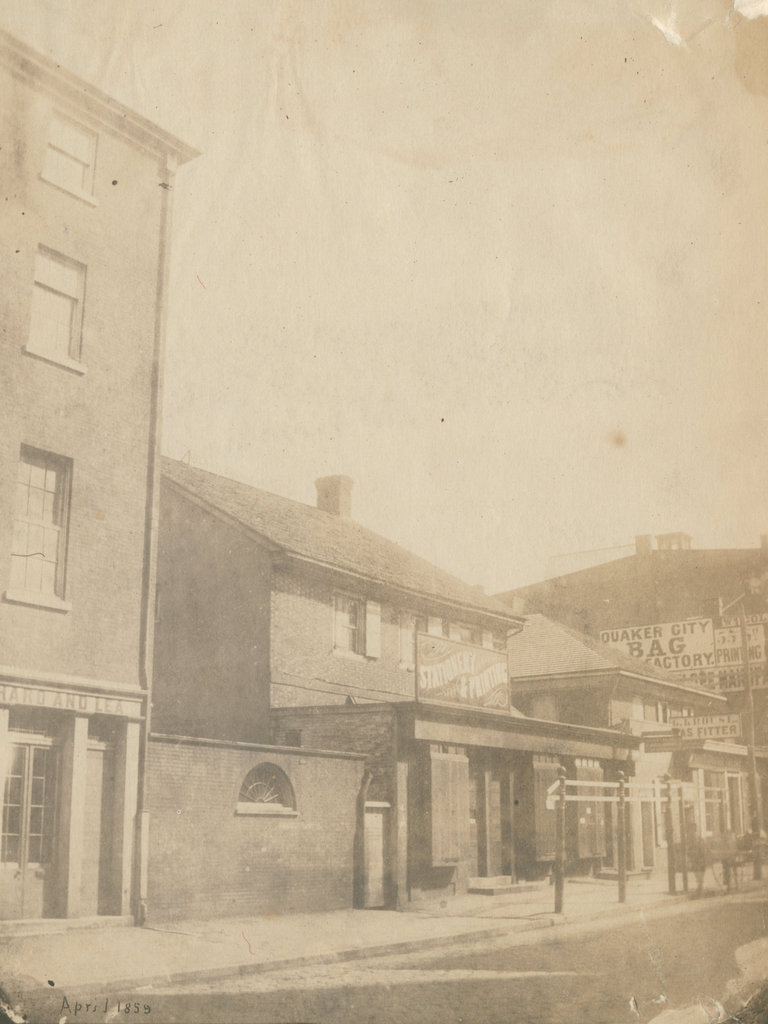 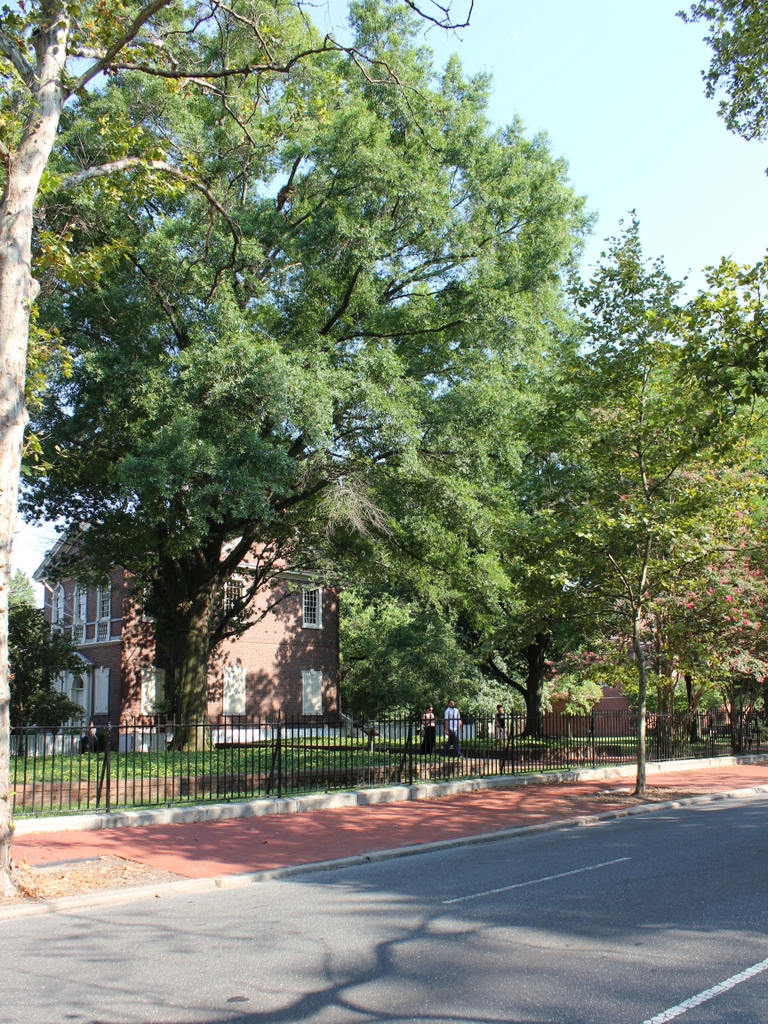 Philadelphia is famous for its association with Quakers, having been founded by Quaker leader William Penn. The Quakers had a number of meeting houses throughout the city, during the colonial period along with several schools, including the Friends’ Academy here on Fourth Street. Both of the buildings in the first photo were built by the Quakers in the mid-18th century, although it seems unclear as to whether both were schools, or if one was a school and one was a meeting house.

The origins of the Friends’ Academy traces back to 1689, when it was established at the behest of William Penn. It moved to this location in 1744, and remained here for nearly a century, until 1841. During this time it was one of the city’s leading schools, and it also had several prominent schoolmasters, including abolitionist Anthony Benezet and historian Robert Proud.

The school relocated to Eleventh Street in the fall of 1841, and eventually became the William Penn Charter School, which still exists as a Quaker-affiliated independent school. In the meantime, though, its former home here on Fourth Street became a mathematical school during the 1840s, run first by William J. Lewis and then by Clinton Gillingham. This school appears to have closed around 1849, and at some point both buildings here were converted into commercial use, with one-story storefront additions extending to the sidewalk, as shown in the first photo.

Up until shortly before that photo was taken, these buildings were occupied by a stationery and printing business on the left, and a gas fitter further in the distance on the right. However, by the time the photo was taken in April 1859, the buildings were boarded up in preparation for demolition, which occurred soon after. They were replaced by more modern commercial buildings that have, in turn, been demolished as well, and today the site is part of the Independence National Historical Park.

Today, there are no surviving features from the first photo, although Carpenters’ Hall stands on the left side of the present-day photo. Built in the early 1770s and made famous as the meeting place of the First Continental Congress, this building was standing when the first photo was taken, but it was not visible from this section of Fourth Street until the rest of the block was demolished around the mid-20th century.