Mott Street in Chinatown, around 1905. Image courtesy of the Library of Congress, Detroit Publishing Company Collection. 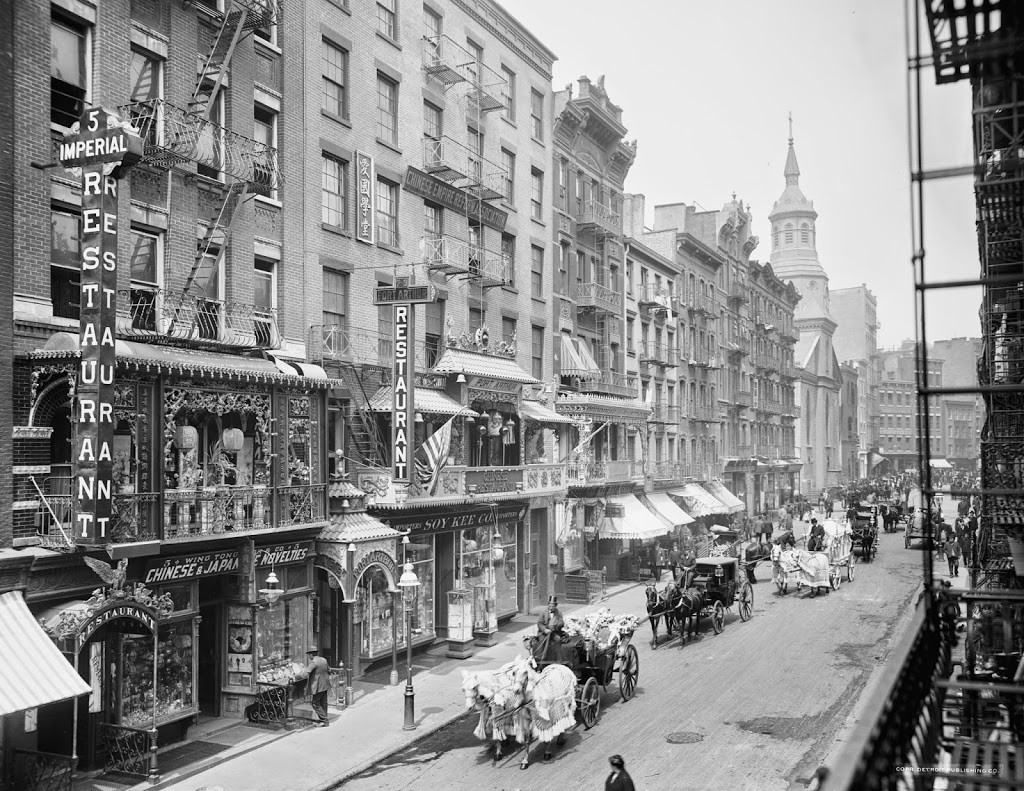 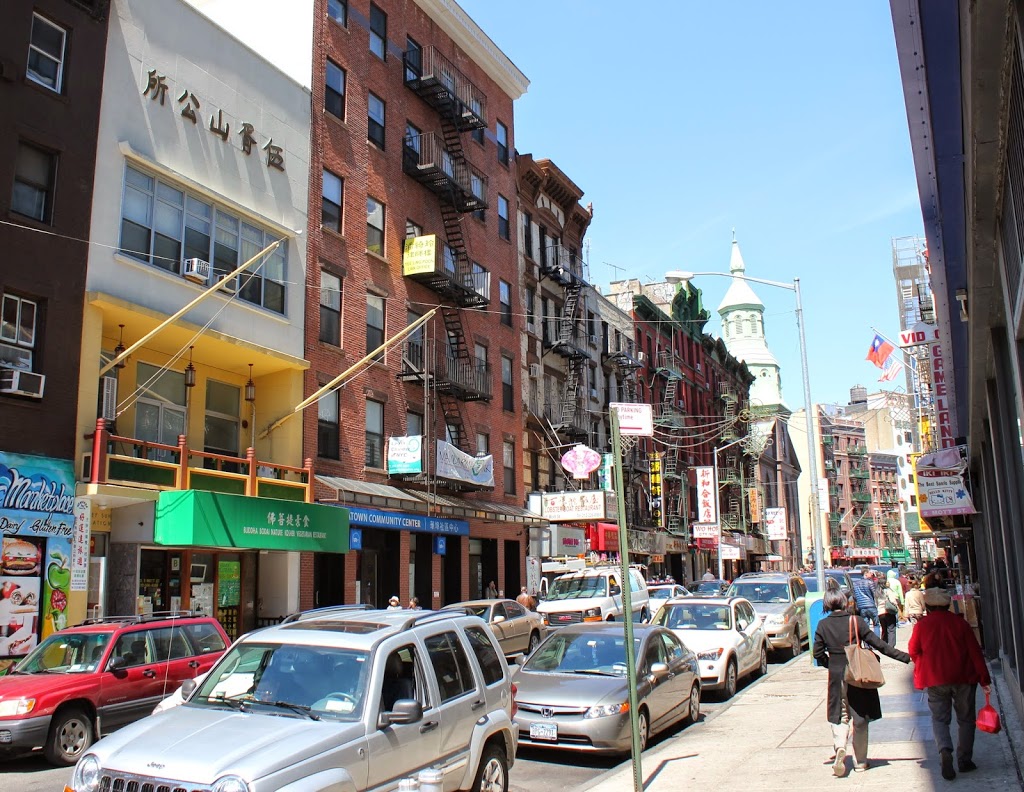 From this angle, not much has changed on Mott Street, looking north from Chatham Square.  Almost all of the buildings on the left (west) side are still there, including probably the oldest building in the photo, the Church of the Transfiguration, which was built in 1801 and has served as the building for a variety of different denominations for a variety of immigrant groups.  Today, it is a Roman Catholic church with a predominantly Chinese congregation.