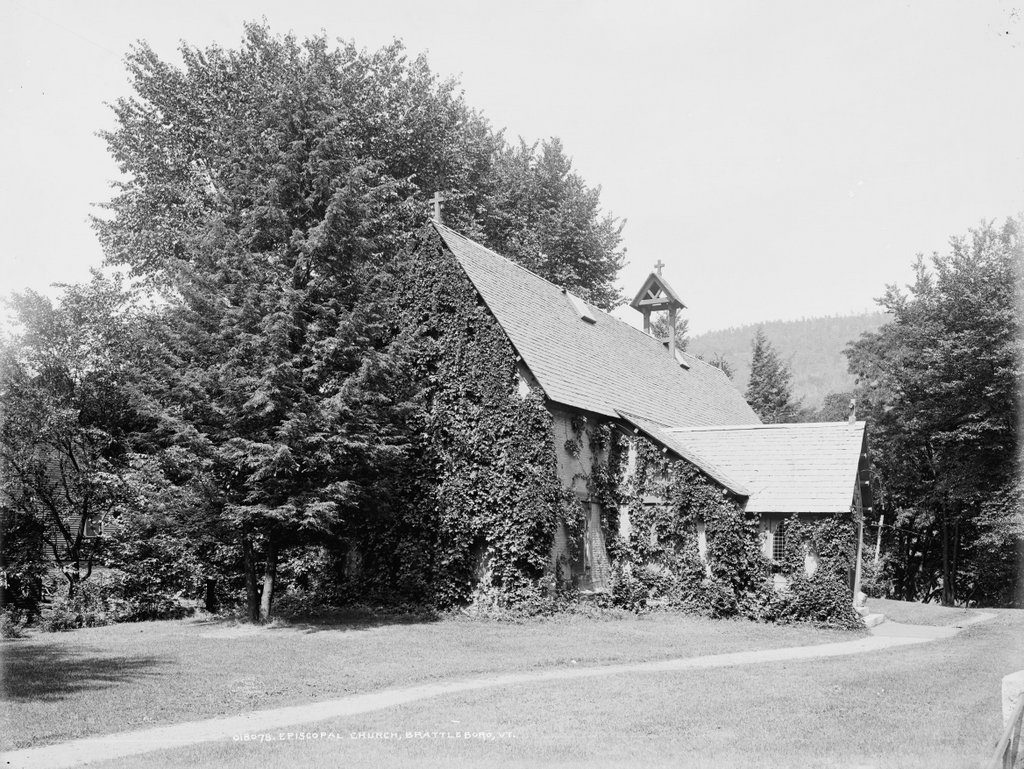 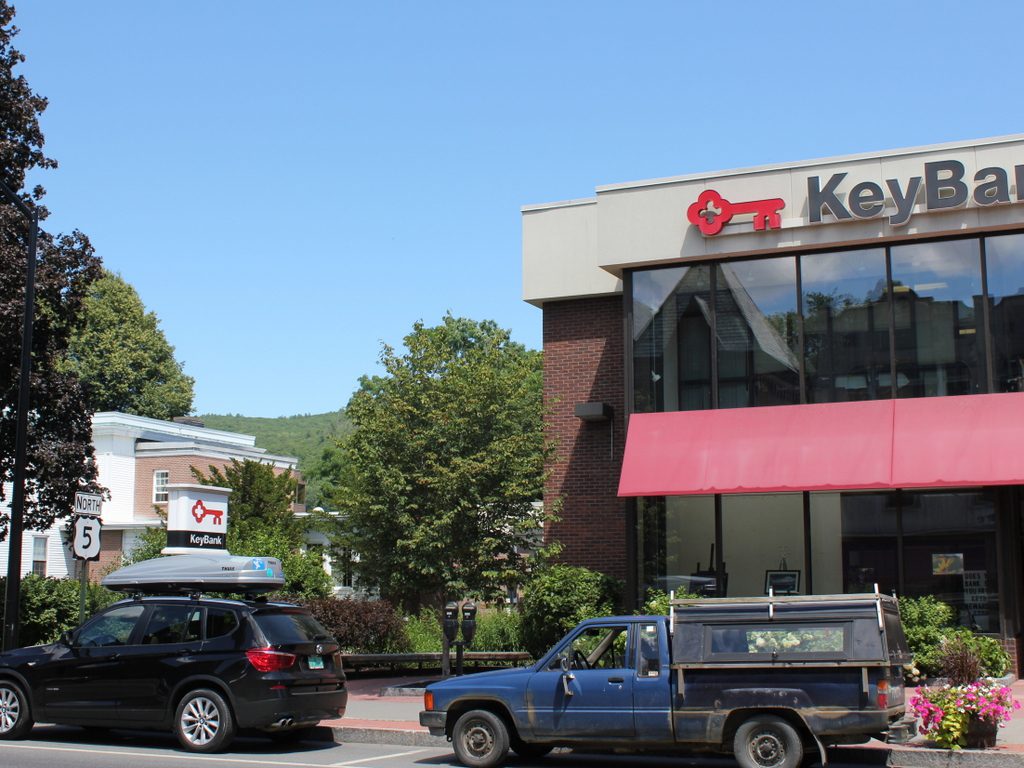 Throughout New England’s early history, Episcopalians were a religious minority, particularly in small, rural towns, where the Congregational church was the predominant religious organization. However, there were Episcopalians in the Brattleboro area as early as 1817, when a church was built in neighboring Guilford. Episcopalian services were apparently held here in Brattleboro on occasion, and the first regular church was established in 1836, although this only lasted for a few years. By the early 1850s, though, the town’s population increase, combined with an influx of affluent summer visitors, led to the establishment of St. Michael’s Episcopal Church in 1853.

The parish’s first, permanent church building was completed in 1858, on a lot immediately to the north of the recently-constructed town hall. It is set back from the street, and the ivy and trees hide much of the building’s design in the first photo, but its appearance resembled a medieval English country church. It featured a blend of Gothic and Tudor elements, including a steep roof, a quatrefoil window below the main gable, and a half-timbered exterior with brick infill. Local tradition holds that it was the work of prominent architect and Brattleboro native Richard Morris Hunt, but there does not appear to be any documentation to support this. Instead, it was evidently based on the designs of Joseph Coleman Hart, a New York architect who was responsible for a number of Gothic-style churches during this period.

The church stood here for nearly a century, but by the early 1950s this Main Street site had become valuable commercial real estate. The mid-20th century saw a number of downtown redevelopment projects across the country, most of which involved the demolition of significant numbers of historic buildings. Here in Brattleboro, this included the 1953 demolition of the old town hall, which was located just to the right of St. Michael’s Church. The site of the church was also slated for redevelopment, but unlike the town hall, the old church was moved to a new location about a half mile north of here, at the corner of Putney Road and Bradley Avenue. A bank building now stands on the lot that the church once occupied, but the historic church is still standing at its new location, and remains in use as an active Episcopalian parish.