The John Ward House, at 38 St. Peter Street in Salem, Mass, around 1906. Image courtesy of the Library of Congress, Detroit Publishing Company Collection. 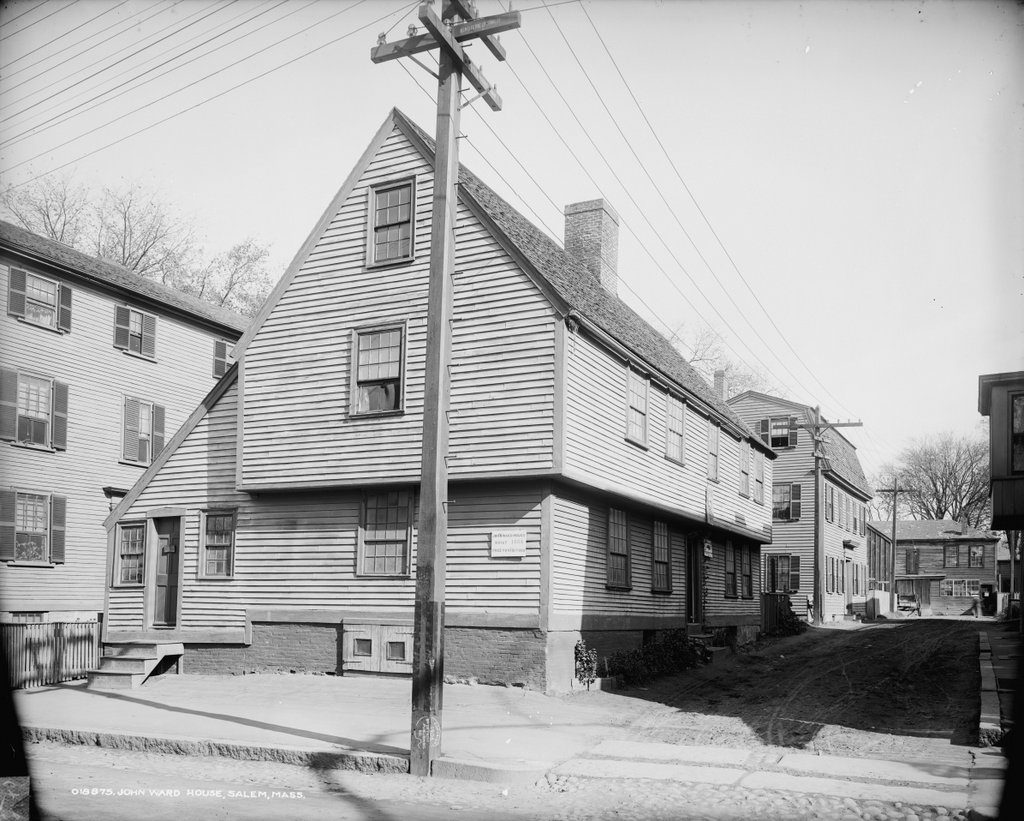 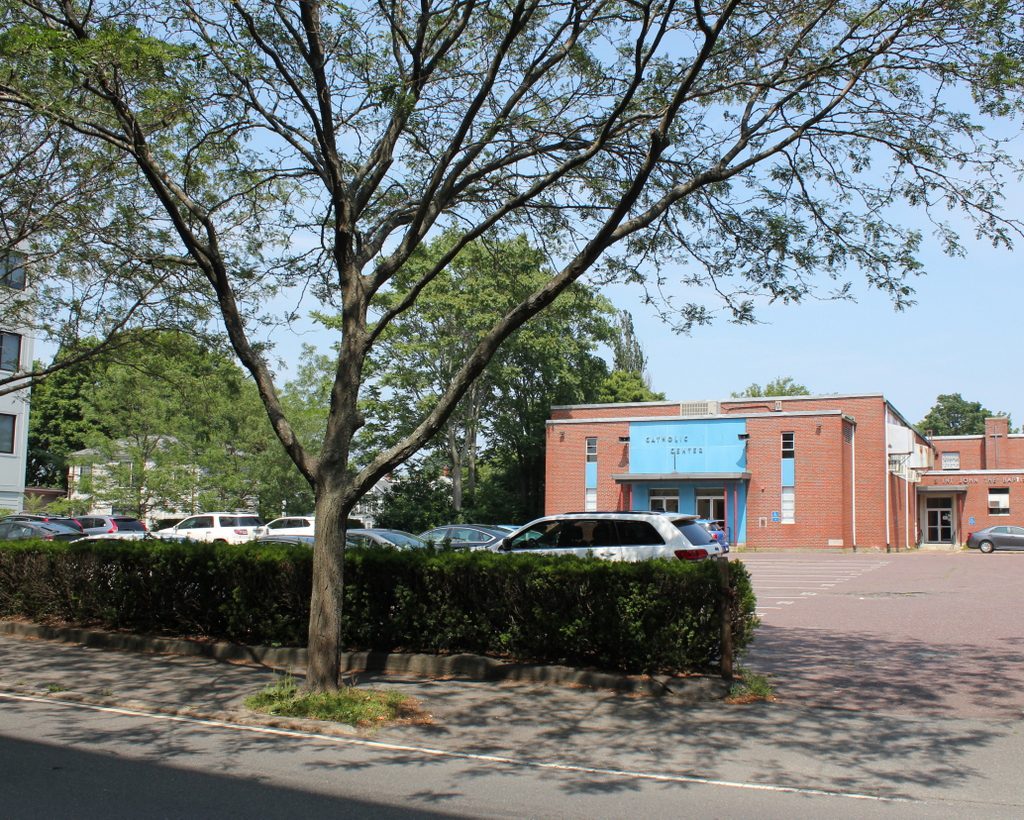 The John Ward House is one of the oldest buildings in Salem, having been built in stages between 1684 and 1723. It was originally the home of currier John Ward, and it remained in the Ward family until 1816. It was subsequently used as a bakery, and by the time the first photo was taken in the early 20th century it had become a tenement house. However, in 1910 the house was moved several blocks away, to its current location off of Brown Street, and it was restored to its colonial-era appearance. Here on St. Peter Street, nothing has survived from the first photo, but the John Ward House is still standing at its new location, and it is now owned by the Peabody Essex Museum.

The house at its current location, as seen in 2013: 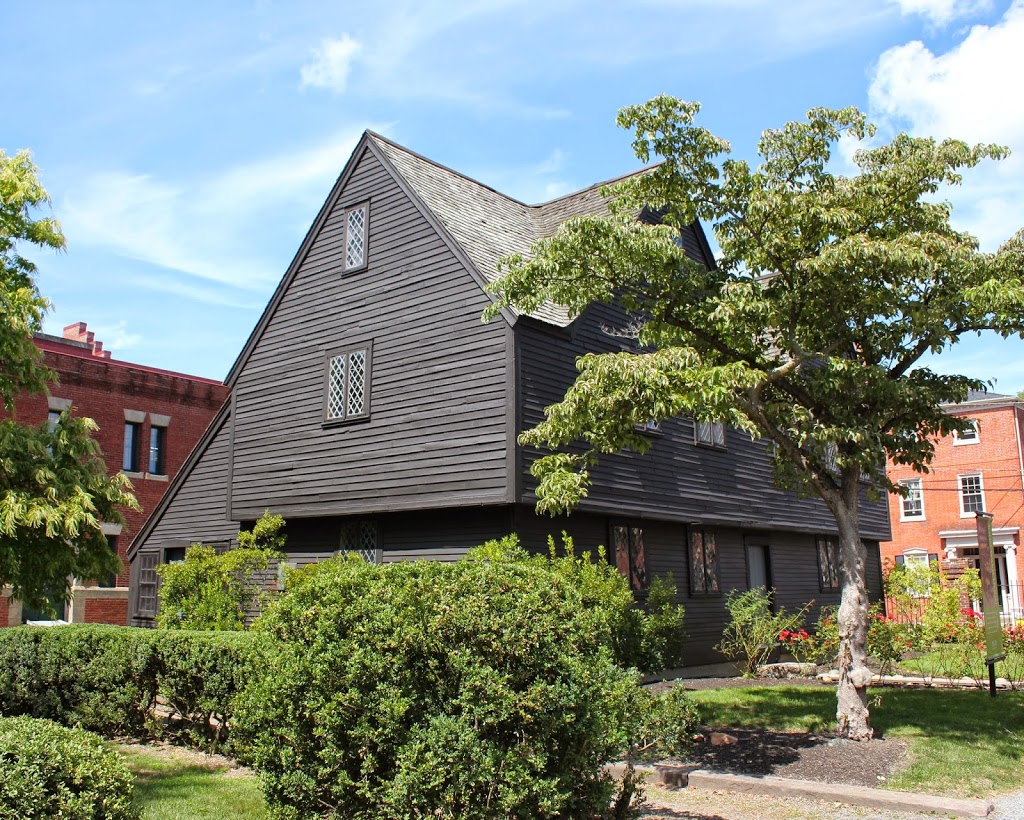