A group of workers hanging around outside of the Cyran & Gierlasinski Cafe on Grove Street in Chicopee, on June 29, 1916. Photo courtesy of Library of Congress. 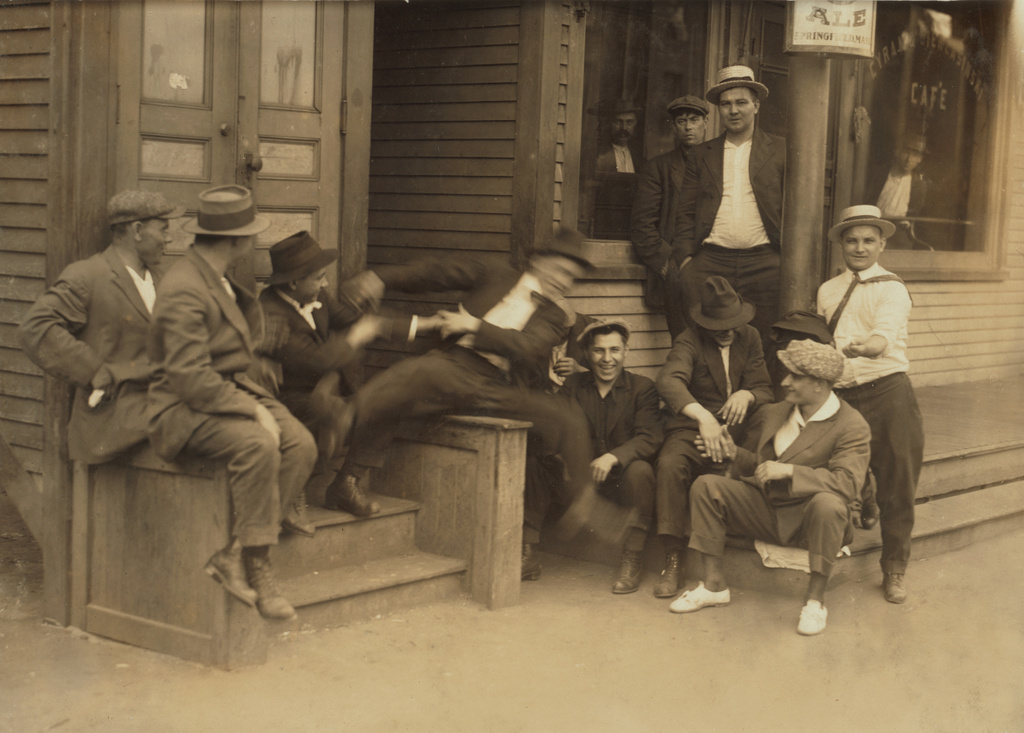 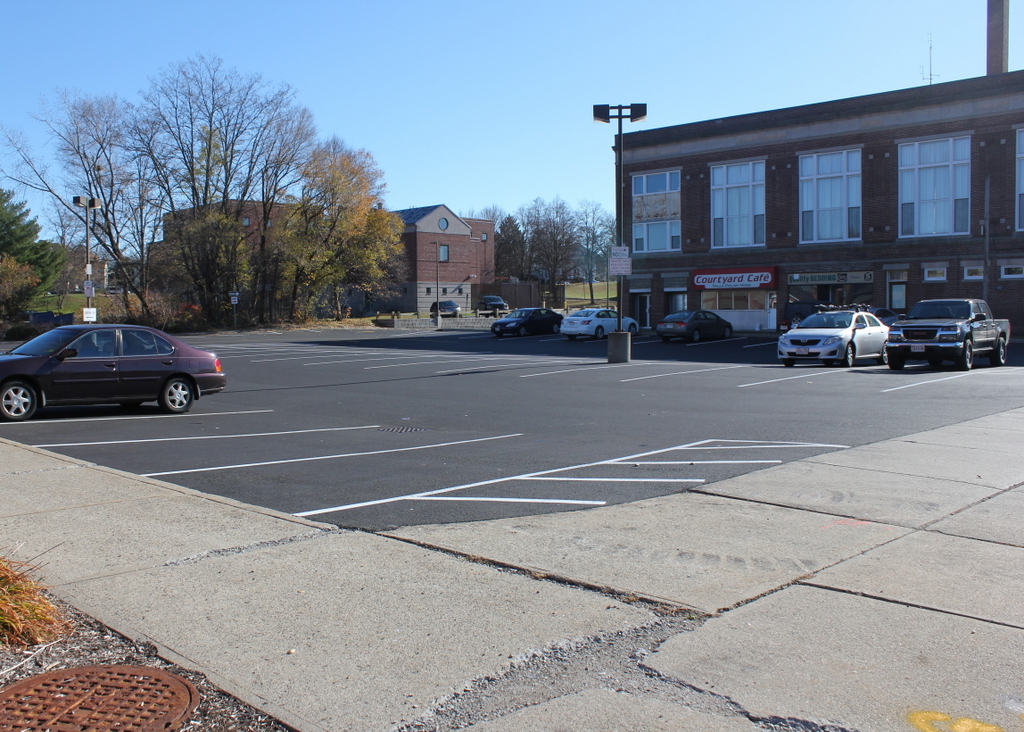 Social reformer and photographer Lewis Wickes Hine visited Chicopee several times in the 1910s, documenting child labor conditions in some of the city’s factories.  The first photo here shows a group of workers hanging around a saloon at the end of the workday.  It’s probably safe to assume that the cafe was Polish; the names of Cyran & Gierlasinski leave little room for doubt.  By the late 1800s, Chicopee had become an industrial center, and many of the workers were immigrants, either French-Canadian or Polish.  To this day, many Chicopee residents are of French-Canadian and Polish ancestry, some of whom are probably the descendants of the men in the 1916 photo.  Today, the Cyran & Gierlasinski Cafe might be gone, but the Polish influence is still present; the site is now the parking lot for the main offices of the Polish National Credit Union.