Another view of the Colonial Hotel, taken around 1906. Image courtesy of the Library of Congress, Detroit Publishing Company Collection. 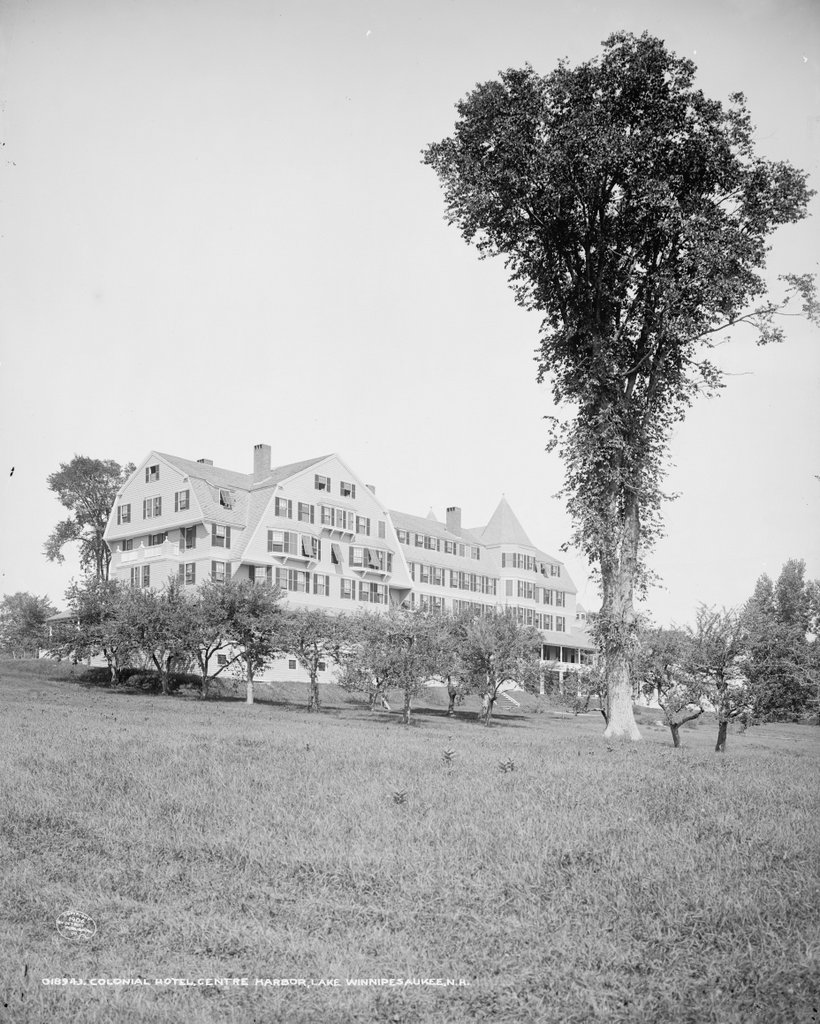 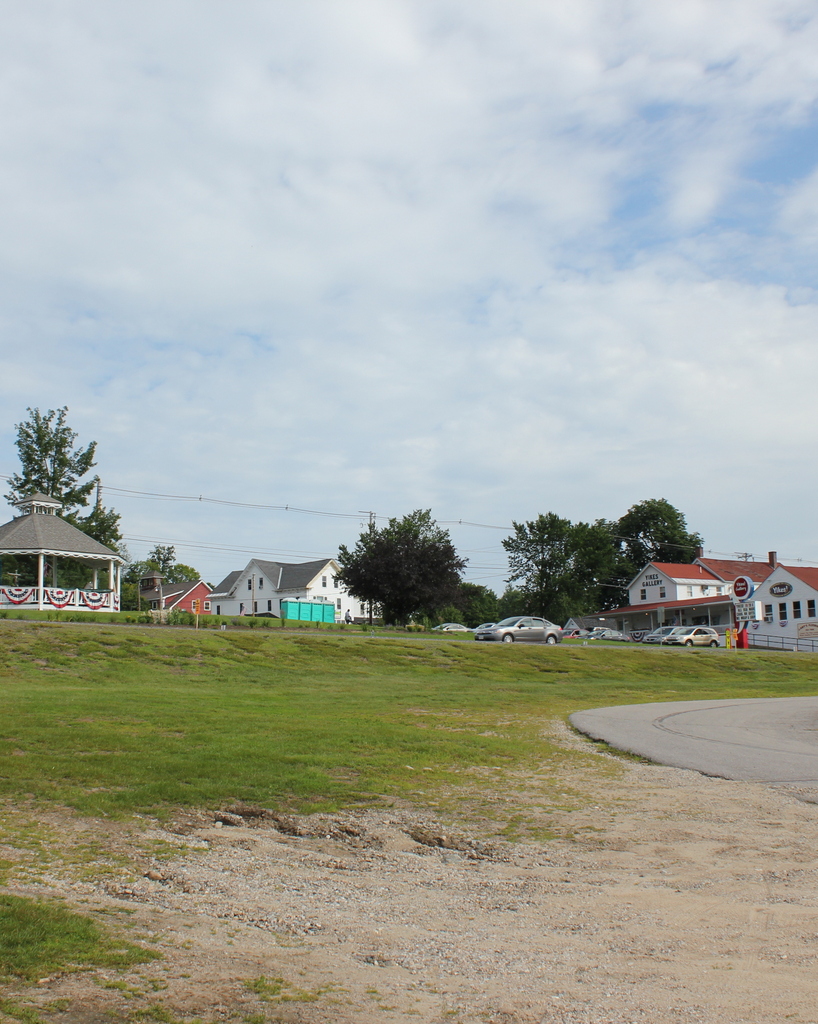 As mentioned in the previous post, the Colonial Hotel was built as the Senter House around 1890, and in 1904 it was sold and renamed.  The hotel offered commanding views of Lake Winnipesaukee and the mountains beyond it, and was a popular destination in New Hampshire’s era of grand hotels in the late 19th and early 20th centuries.  However, like many of its contemporaries, the Colonial House was destroyed by a fire on June 20, 1919.  Today, Route 25 passes through part of what was once the hotel’s property, and the only structure on the site is the bandstand, seen on the far left of the 2015 photo.