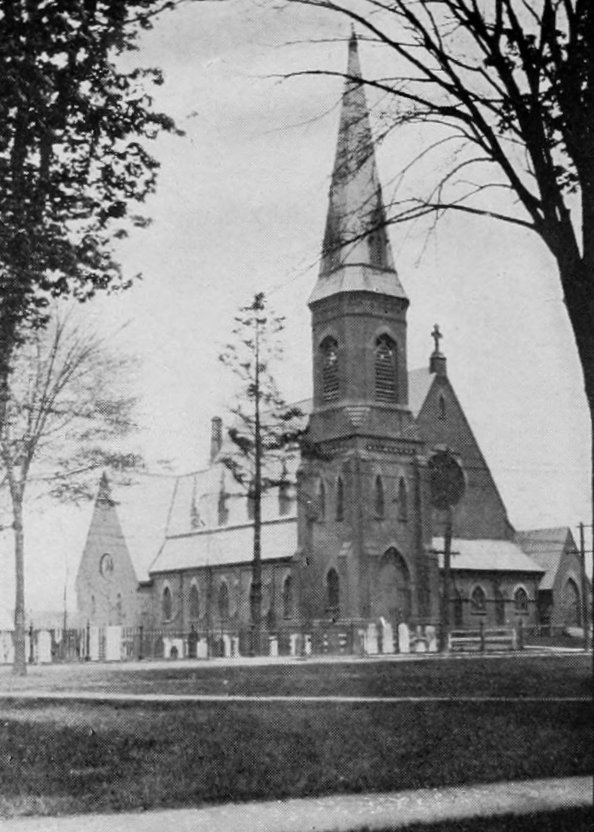 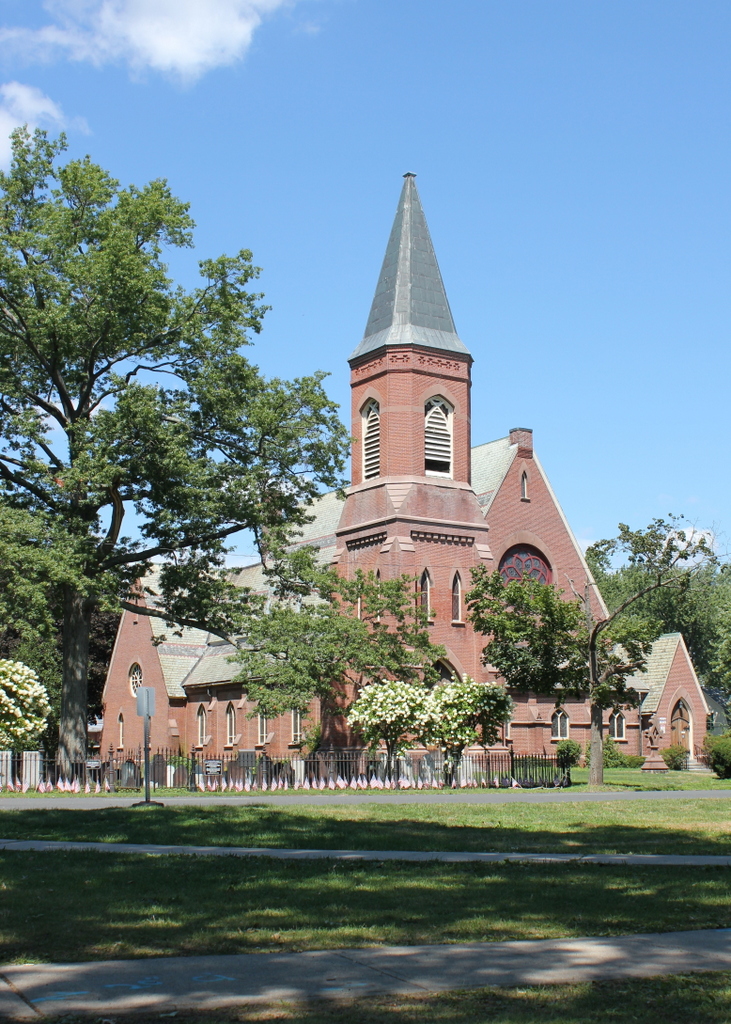 In the 18th and early 19th centuries, few issues caused as much controversy in some New England towns as the location of the meetinghouse. West Springfield experienced this in 1802, owing in part to its unusual geography. This area along the common has long been the social and commercial center of the town, but geographically it is located in the southeastern corner of the present-day borders. In the days when everyone in town was expected to attend the same church, this was an inconvenient location for the farmers who lived in the northern and western parts of the town, so when a new meetinghouse was proposed at the turn of the 19th century, it caused considerable debate.

The result was a compromise of sorts. Rather than favoring those in the town center or the farmers in the outskirts, a site was chosen that was equally inconvenient for all, on Elm Street opposite Kings Highway. Located nearly a mile north of the center, on a hill overlooking the Connecticut River, this meetinghouse was completed in 1802. Its construction costs were paid by John Ashley, a farmer in the northern part of the town who stipulated that the First Congregational Church needed to remain there for at least 100 years.

Hamstrung by Ashley’s conditions, the church could do little but count down the years, but nothing prevented town residents from forming a new church society, Park Street Congregational Church, which they established in 1870. Two years later, their brick Gothic-style church opened here on Park Street, providing a new, more elegant building in a prominent location for the residents of downtown West Springfield.

Architecturally, the new building was part of a trend in post-Civil War New England, which eschewed the more traditional plain white church buildings of previous generations. The actual design was copied from Springfield’s Church of the Unity, which had been completed three years earlier. The Church of the Unity was the first major commission of Henry Hobson Richardson, who later became one of the most influential American architects of the 19th century. His works inspired many imitations, perhaps the first of which was this church here in West Springfield. Although it hardly compares to the architectural grandeur of the Church of the Unity, this scaled-down brick copy shows the influence that, even as a young architect, Richardson’s works had on his contemporaries.

The Church of the Unity was demolished in the early 1960s and its site is now a parking lot opposite the Springfield Public Library, but the Park Street Congregational Church is still standing today, just with a different name. In 1909, with the century-old limitations now expired, the First Congregational Church was able to move from its old meetinghouse, and they merged with the Park Street church here in this building, where they remain today. The old 1802 meetinghouse, although no longer used as a church, is also still standing on Elm Street, providing West Springfield with two historic church buildings that represent two very different 19th century architectural styles.