Looking upstream on the Providence River, with downtown Providence in the background, around 1906. Image courtesy of the Library of Congress, Detroit Publishing Company Collection. 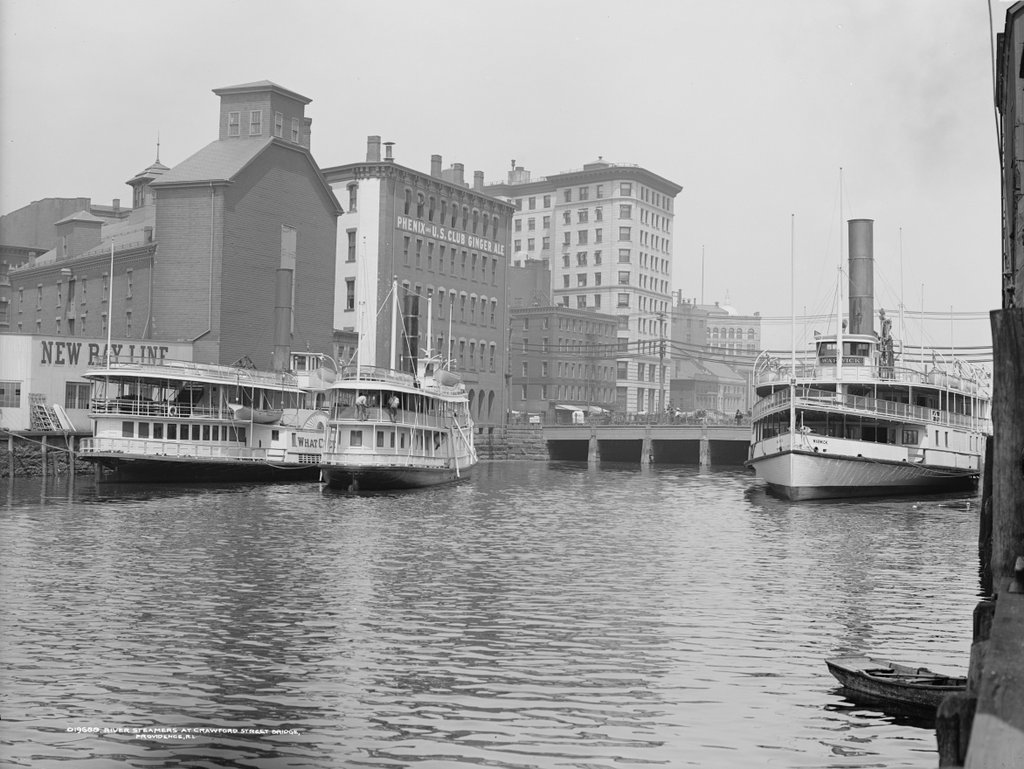 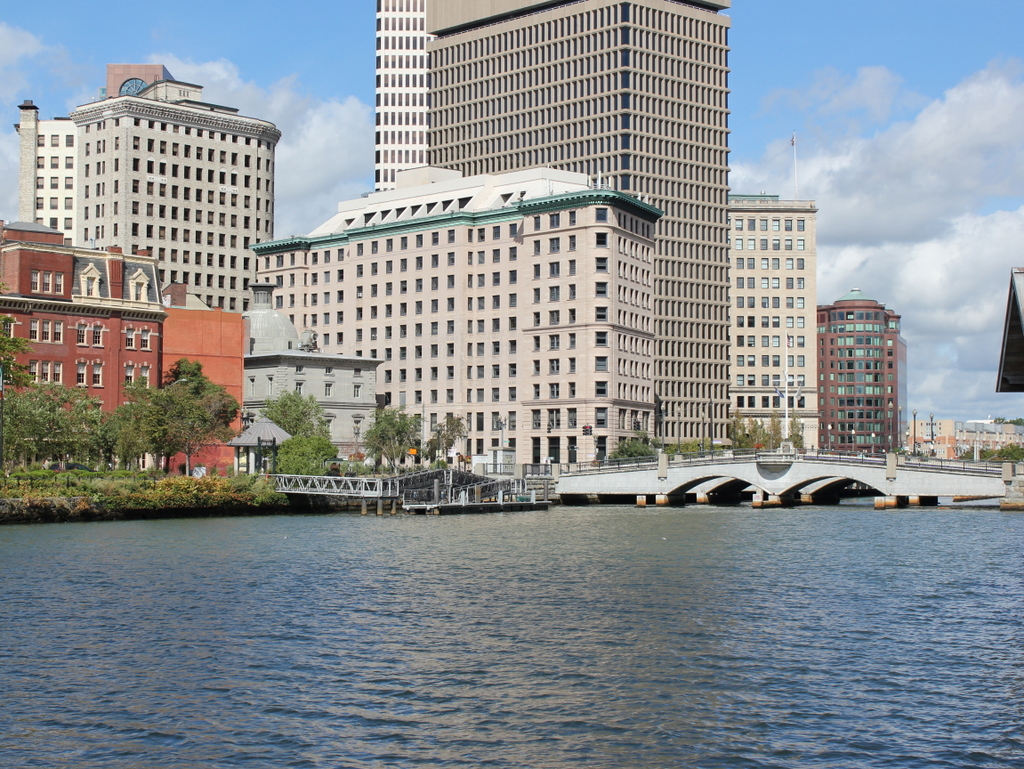 This view is just downstream of the one in the previous post, and shows some of the same features, including the 1896 Banigan Building and the Crawford Street Bridge. At the time, the bridge was the head of navigation for the Providence River, so the first photo shows several steamboats docked here. These boats were a common sight at the turn of the 20th century, providing excursion trips to vacation destinations such as Newport, Block Island, and other destinations in Narragansett Bay, Long Island, and beyond.

Two of the three steamers in the first photo are identifiable. The one on the right is the Warwick, which had been built in 1873 and was in service for nearly 50 years until 1920. En route to Newport in January, the old boat sprung a leak, and later sank at its dock in Newport. Likewise, the What Cheer on the far left of the first photo also fell victim to old age around the same time. Built in New Jersey in 1867, the What Cheer operated in Narragansett Bay for many years before being sold to a New York company. Two years later, the old sidewheel steamer sank at the pier at Glen Island, and was deemed to be beyond repair.

Today, very little is left from the first photo. The only readily identifiable building in both photos is the Banigan Building, although the Customshouse, seen just to the left of it in the 2016 scene, would have also been standing in the first photo. Otherwise, not much remains. The industrial buildings to the left are gone, including the one with the lettering that reads “Phenix and US Club Ginger Ale.” There are no longer any coastal steamers on the river, although, as mentioned in the previous post, the river itself has seen great improvement. In the first photo, most of it in the distance was hidden under the Crawford Street Bridge, which was probably just as well at the time, considering how polluted it was with sewage and industrial waste. Today, the nearly quarter-mile wide bridge is gone, the river is cleaner, and it is now an integral part of downtown Providence’s cityscape.