The house at 160 Hayden Station Road in Windsor, around 1935-1942. Image courtesy of the Connecticut State Library. 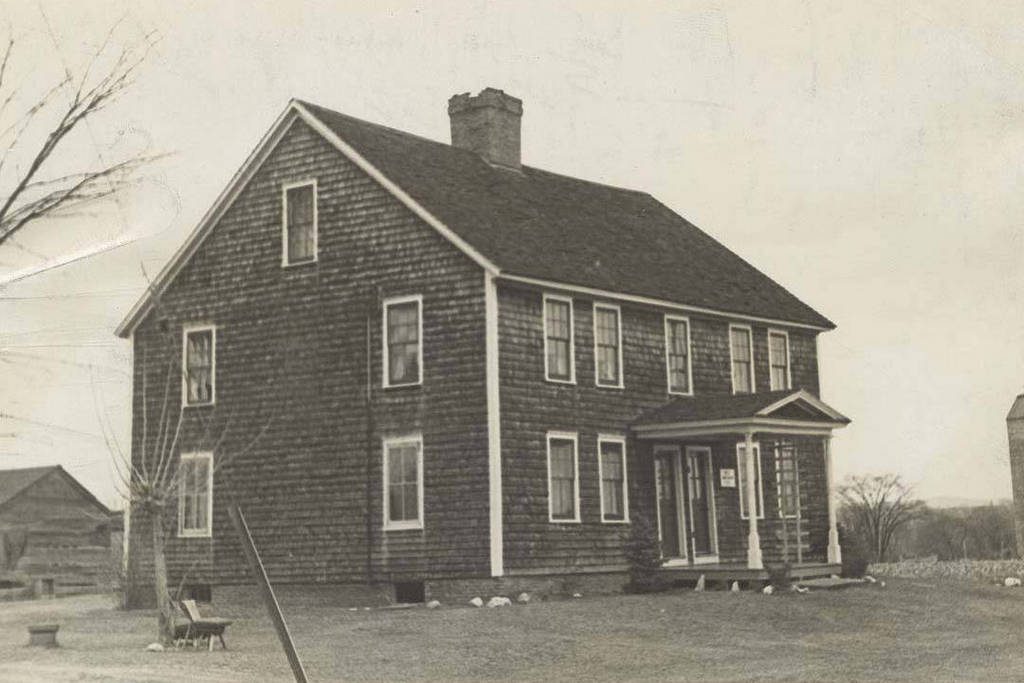 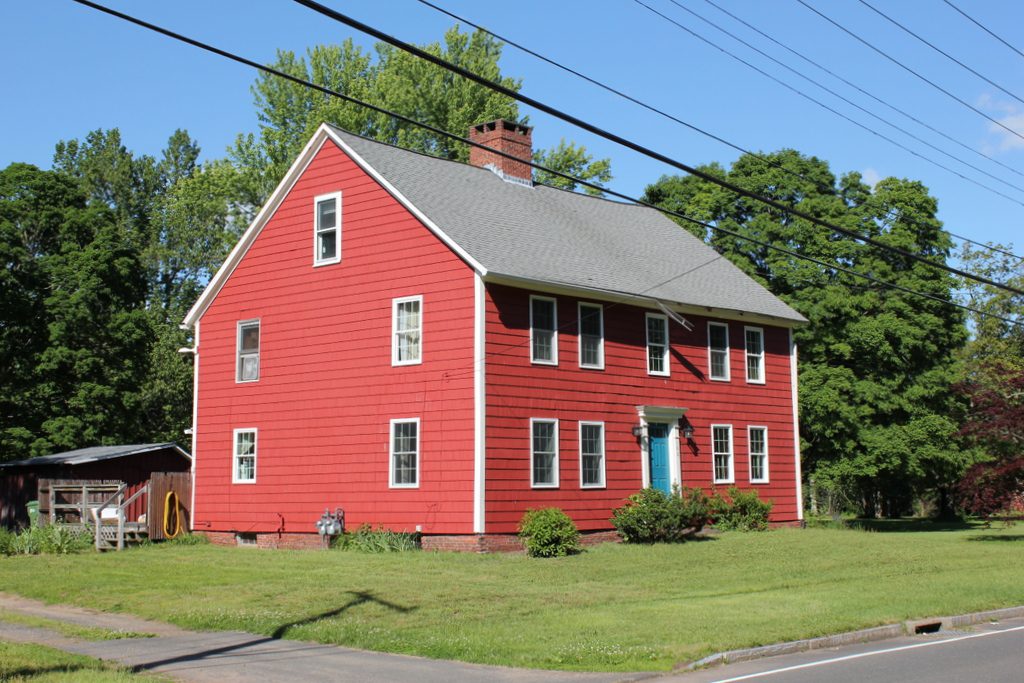 This house was built around 1770 for John Hayden, one of the many members of the Hayden family who lived here in the village of Haydens, located just to the north of the center of Windsor. The main road through here, present-day Hayden Station Road, was once the main road from Windsor to Suffield and points north, and this area was settled in the 1640s by William Hayden. His family would go on to live here for many generations, giving the village its name and building a number of fine colonial houses that still stand today.

John Hayden was the great-great grandson of William Hayden, and was about 20 years old when he built this house. At the time, according to family genealogist Jabez Haskell Hayden in Records of the Connecticut Line of the Hayden Family, John was engaged to Margaret Strong, and this house was to be their home after their wedding. Margaret even participated in a traditional ceremony during the construction, in which the bride-to-be hammered in one of the pins of the house frame. However, according to family tradition, an “unfortunate episode” occurred, and on the night after this event she broke off the engagement.

Margaret went on to marry John’s second cousin, Levi Hayden, in 1772, and about two years later he purchased this house from John, who had, by this point, married Anna Trumbull of East Windsor. A few years later, Levi served in the American Revolution, enlisting as a private in the 2nd Continental Light Dragoons regiment. After the war, he took an active role in town government, including representing Windsor in the state legislature. He and Margaret raised 11 children here in this house, and they went on to live here until Margaret’s death in 1812, at the age of 62.

Levi later remarried to Mary Kent, a widow from Suffield, and he appears to have moved out of this house at some point after Margaret’s death. However, the house would remain in his extended family for many years, and by the late 1800s it was owned by his great-nephew, Samuel Hayden. He lived in the large brick house next door, and rented this house to tenants. It may have been at this point that the house was divided into two units, as seen in the first photograph with the two front doors.

By the time the first photo was taken, the house had been altered from its original colonial-era appearance. Aside from the two front doors, other alterations included the small front porch, as well as the shingled exterior. On the inside, most of the house had been remodeled, although the notes accompanying the photograph indicate that there was still some of the original paneling left in the building. Since then, however, some of the exterior changes have been undone, including the removal of the porch and restoration of a single front door, and today the house looks more historically accurate than it did 80 years ago.