The old mill at the corner of Poquonock Avenue and East Street in Windsor, around 1935-1942. Image courtesy of the Connecticut State Library. 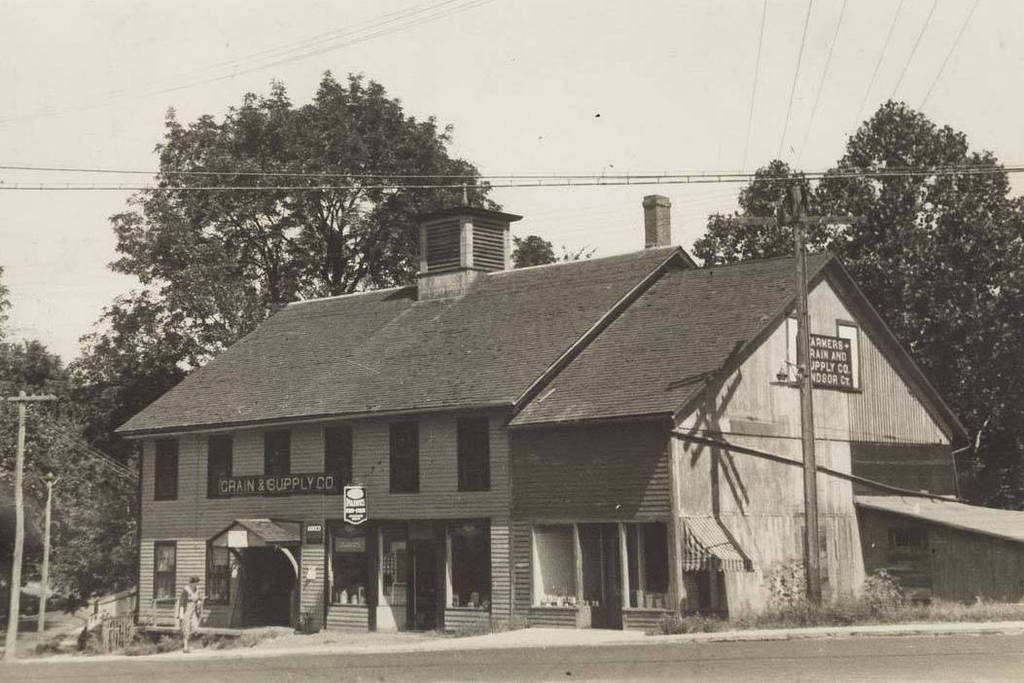 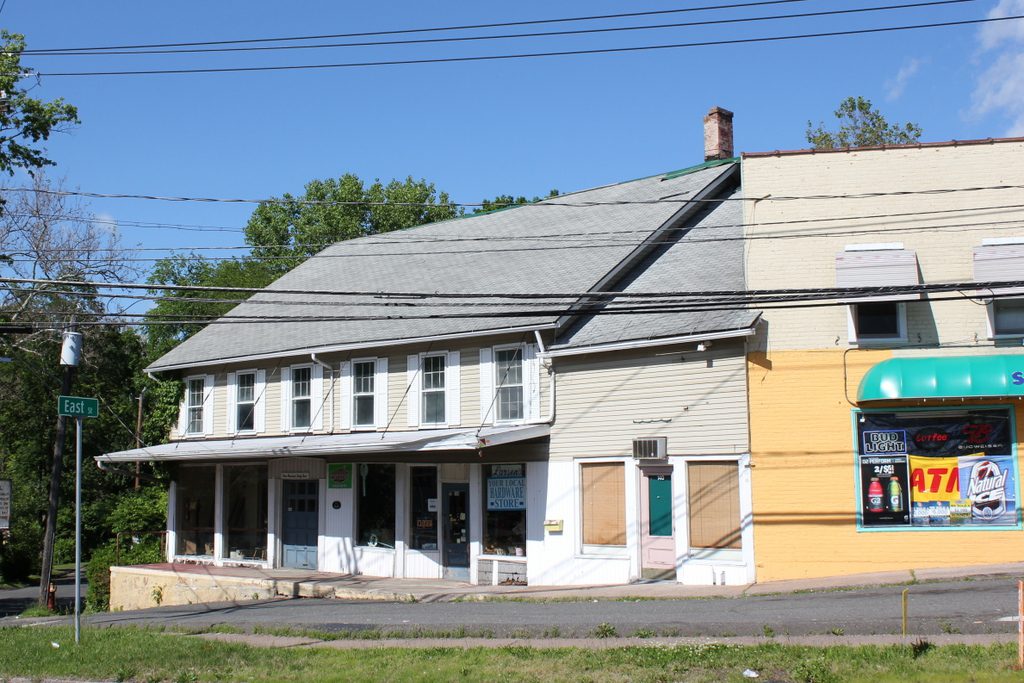 According to some historical records, this mill building dates back to 1640, when it was established as perhaps the first grist mill in Connecticut. In reality, the present building was built several centuries later, although this site along the Mill Brook was indeed the location of an early grist mill. It was owned by the town’s first minister, John Warham, and was evidently a sort of employment benefit for him. Like most grist mills of the era, farmers did not directly pay the miller for his services; instead, he was entitled to keep a portion of all the flour that was ground at the mill. Here, Reverend Warham, as the mill owner, was also compensated, receiving one-sixteenth of the ground flour.

The original mill building stood for well over 200 years, and was still used as a grist mill until 1862, when the property was purchased by Earl Simons. He demolished the old building and constructed the current mill, with some accounts suggesting that he may have incorporated some of the old mill’s frame into the new one. Like the old one, it was used as a grist mill, and was powered by a water wheel on the Mill Brook. The subsequent owner, Charles F. Lewis, made some changes after purchasing the property in 1878, rebuilding the mill dam and adding a sawmill to the building. Then, in 1916, his son, Charles T. Lewis, brought 20th century technology to the mill, replacing the old water wheel with a modern electric motor.

The mill remained in the Lewis family for nearly 50 years, until it was finally sold in 1924. Under the new owners, Farmers Grain & Supply Company, the mill became a hardware store in addition to its grain business, and the company still owned the property when the first photo was taken around the late 1930s. The building remained in use as a hardware store through several more ownership changes, and the exterior was significantly modified in the mid-20th century. Shortly after the first photo was taken, the building was expanded with a two-story brick addition on the right side, and by the early 1950s the cupola had been removed and plate glass windows were added to the left side of the first floor.

The hardware store remained in business until very recently, although it had closed by the time the first photo was taken in the spring of 2017. However, the building itself is still standing, and although it is not nearly as old as the nearby historical marker claims, it has become historic in its own right as a surviving example of a mid-19th century grist mill. And, perhaps, some of the timbers from the 1640 mill are still buried within the walls of the building, as relics from the first years of Connecticut’s existence.

For more information on this mill, along with additional photographs, see this article on the Windsor Historical Society website.