The house at 1580 Poquonock Avenue in Windsor, around 1935-1942. Image courtesy of the Connecticut State Library. 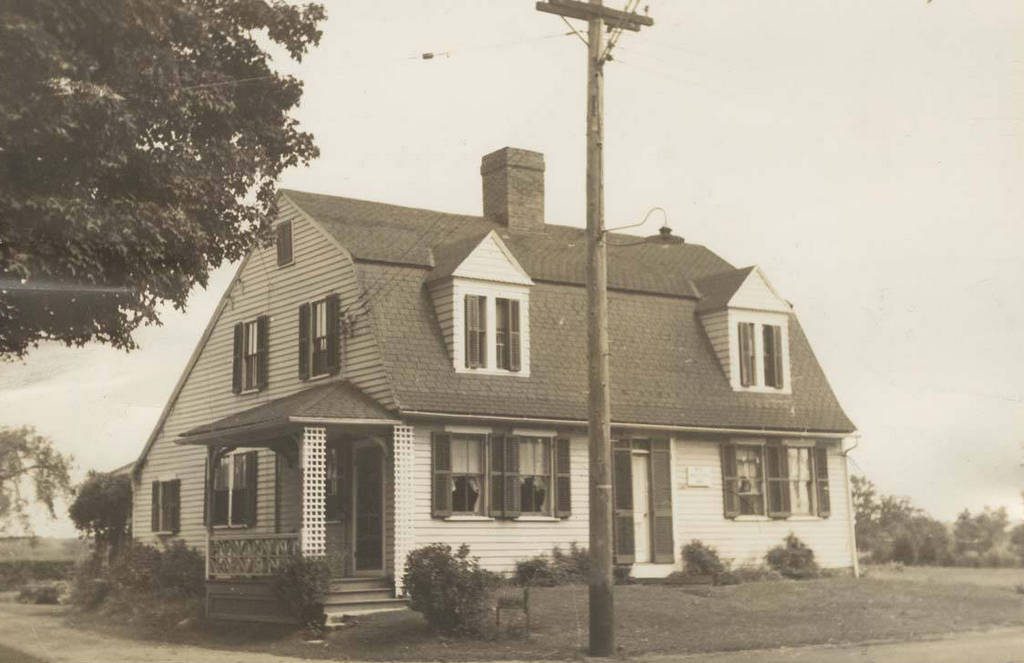 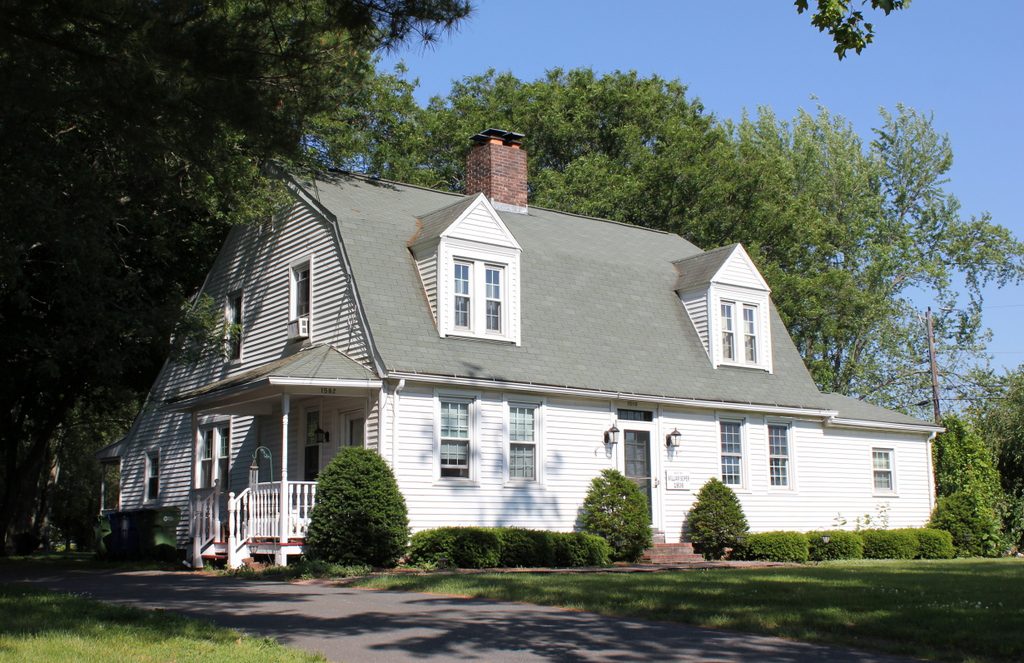 This house was built in 1806 in the village of Poquonock, which is located in the northern part of Windsor, along the banks of the Farmington River. The house was originally owned by William Soper, who was about 36 years old when he moved here with his wife Rebecca and their young children. At the time, the Poquonock church was in the midst of a schism, with a majority of the members favoring Universalism over traditional Christian doctrine, and the church was steadily losing members by the early 19th century. The church appears to have been completely defunct by 1821, but for the next several decades some Poquonock residents held occasional religious meetings, with historian Henry Reed Stiles noting, in The History and Genealogies of Ancient Windsor, Connecticut, that the Soper family sometimes held such meetings.

Aside from these meetings, the village of Poquonock went several decades without a regular church. In his book, Stiles noted that the village was, in the first half of the 19th century, in the midst of “a moral and religious lethargy which had so deteriorated the character of this beautiful portion of Windsor that it was familiarly spoken of in the surrounding country as Sodom.” However, in the 1830s William Soper became one of the leaders in an effort to start a new church congregation. From 1835 to 1841, an assortment of visiting pastors preached at the village’s public hall, with Soper serving as part of a three-man committee that was responsible for finding suitable clergymen, and in 1841 the church was formally established, with John R. Adams ordained as the first minister.

William Soper lived here until his death in 1844, and in his will he left the house to his wife Rebecca, with their son Chester to inherit it after her death. However, Rebecca ended up outliving Chester, and after her death in 1855 the property was divided between their two surviving sons, Ira and Merritt. After Ira’s death in 1861, Merritt acquired the property, and during the 1870 census he was 70 years old and was living here with his wife Maria and their daughter Mary. Maria died in 1874, though, and Merritt died five years later, after falling and dislocating his neck.

During the first half of the 20th century, this house was owned by John B. Parker, a tobacco farmer who had also represented Windsor in the state legislature in 1903. He died in 1930, but his wife Estella was still living here later in the decade, around the time that the first photo was taken. During the 1940 census, she was 82 years old and lived here alone, although she did rent a portion of the house to a young couple, Carroll and Muriel Perry, who paid Estella $10 in monthly rent. Estella died five years later, and at some point afterward the house was expanded with an addition on the right side. However, this scene remains otherwise unchanged, and the house still stands here in the center of the village of Poquonock, more than 200 years after it was built by William Soper.