Looking north on the Cliff Walk from Ochre Point at The Breakers in Newport, around 1900-1906. Image courtesy of the Library of Congress, Detroit Publishing Company Collection. 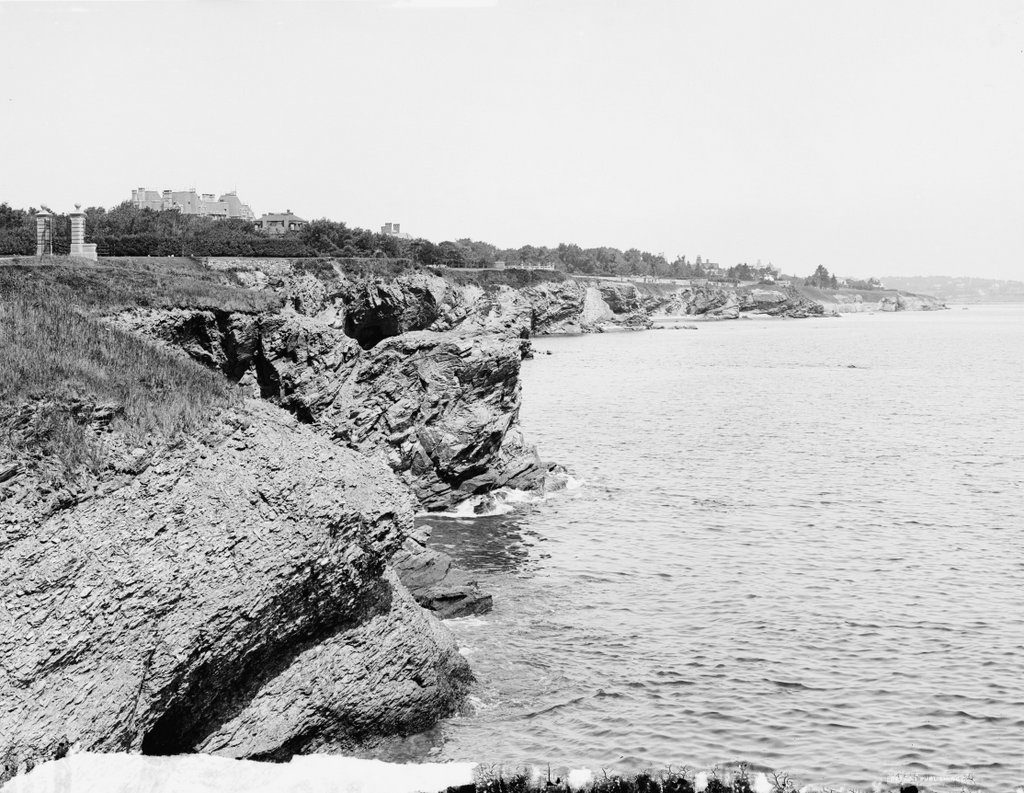 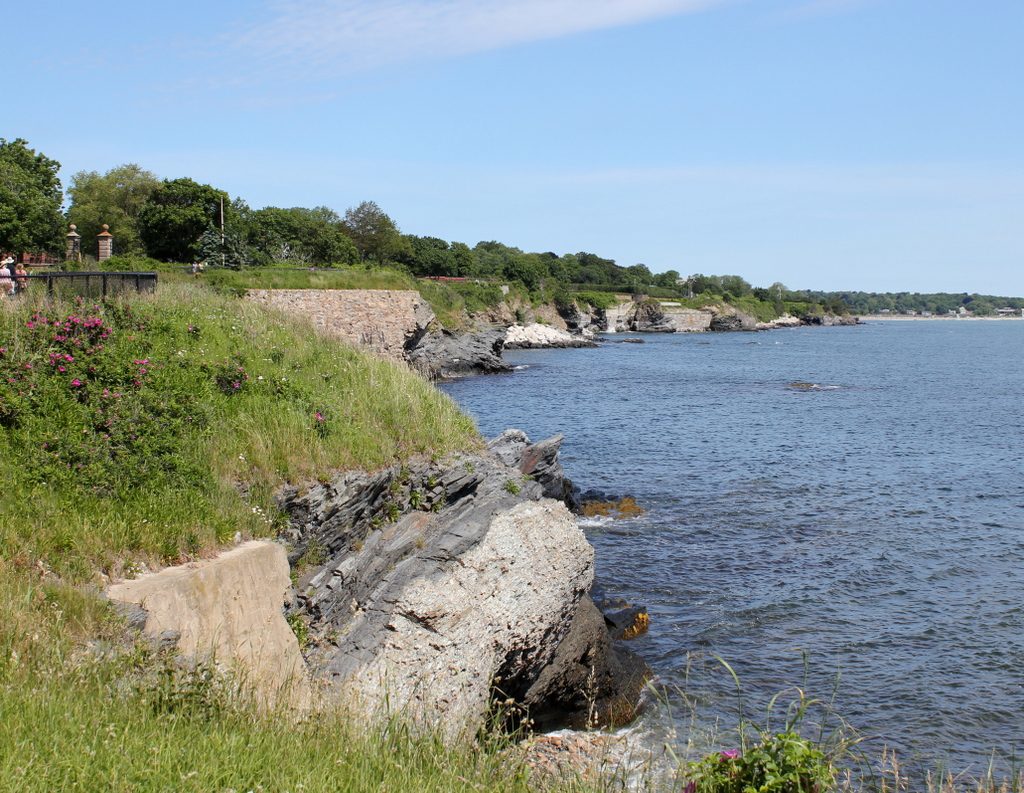 One of Newport’s most popular attractions is the 3.5-mile Cliff Walk, a trail that runs along the rocky cliffs on the southeastern side of Newport. It is famous for both the scenic beauty of the Atlantic coastline, as well as the architectural grandeur of the Gilded Age mansions on the opposite side, but its origins were far more practical than recreational. Much to the chagrin of millionaire property owners who would come several centuries later, the legal concept behind the Cliff Walk came in 1663, when King Charles II granted Rhode Island a charter that, among other rights, allowed all colonists to fish along the shoreline. This doctrine of publicly-accessible shores was later enshrined in the state constitution, and is still in effect today.

In the early years of Newport’s history, this right was of little significance here on the sparsely-settled southeastern shore, and there was not much to prevent people from walking along the cliffs if they felt so inclined. However, by the mid-19th century Newport was becoming a popular summer resort, and the right of people to walk along the cliffs soon came into conflict with the privacy and the property rights of the millionaires who built their summer homes here along the coast. As a result, many of the landowners built fences or hedges for privacy, making many of the mansions completely invisible from the trail.

The first photo was taken from the easternmost part of the trail, at Ochre Point behind The Breakers, the famous home of Cornelius Vanderbilt II. The gates in the distance on the left mark where the trail leaves the Vanderbilt property, and beyond the gates is the roof of Ochre Court, the home of prominent real estate developer Ogden Goelet. Like The Breakers, this house was designed by architect Richard Morris Hunt, and was the largest in Newport when it was completed in 1892, although it would soon be surpassed by The Breakers itself, which was completed in 1895. However, by the time the first photo was taken only about a decade later, both Vanderbilt and Goelet were dead, although the houses would remain in their families until well into the 20th century.

Today, more than a century after the first photo was taken, this landscape has remained remarkably unchanged. Although not visible in the 2017 photograph, both The Breakers and Ochre Court are still standing, as are many of the other Gilded Age mansions along the Cliff Walk. However, most of these are no longer privately owned, thanks to changing tastes and the incredible upkeep costs of these houses. What had been an extravagant symbols of wealth in the late 19th century had become expensive white elephants by the mid-20th century, and today The Breakers is a museum while Ochre Court is the administration building for Salve Regina University.