Looking northwest on Elm Street near Bedford Terrace in Northampton, around 1894. Image from Northampton: The Meadow City (1894). 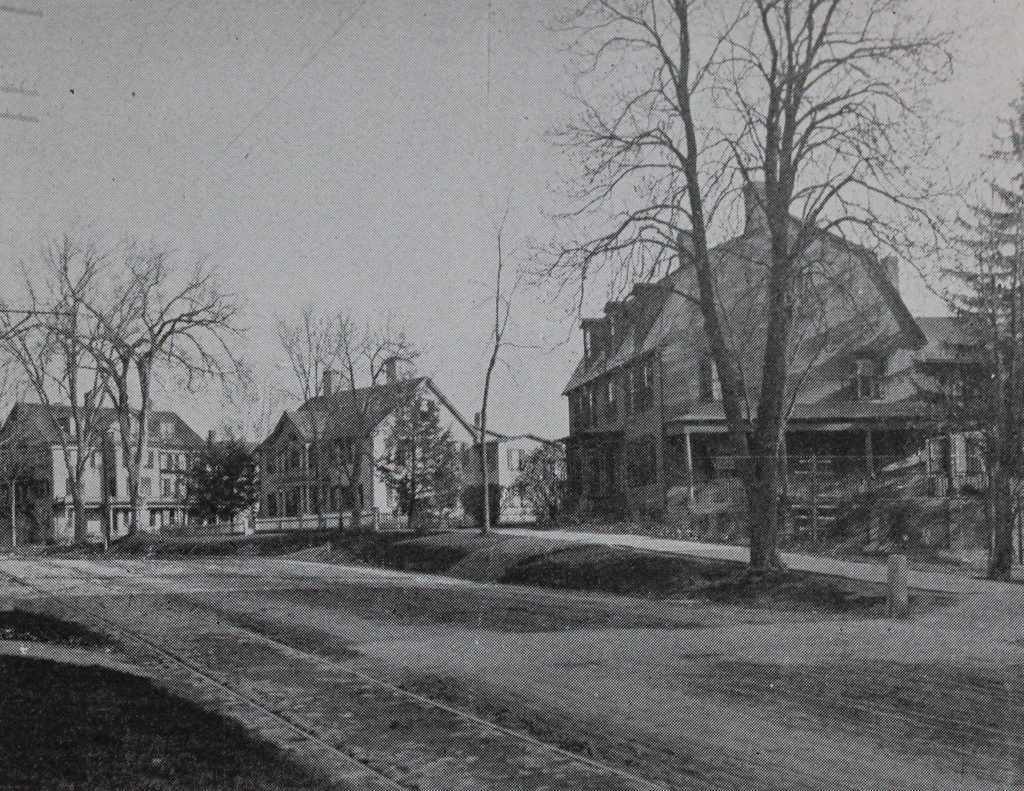 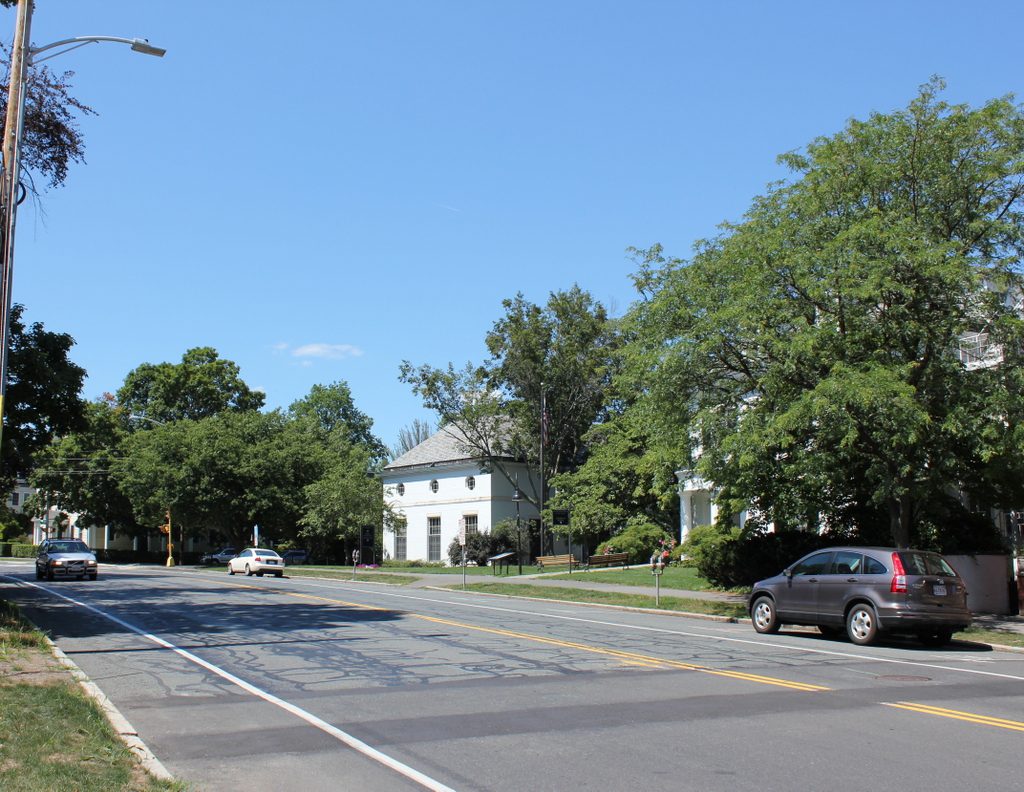 The first photo shows three 18th and early 19th century homes that once lined the eastern side of Elm Street, directly opposite the campus of Smith College. Starting on the far right, closest to the camera, was the Stoddard House, which was probably built sometime in the mid to late 18th century. Not to be confused with The Manse, an architecturally-similar home that was owned by Solomon Stoddard (1736-1824) and still stands on Prospect Street, this Elm Street house appears to have been owned by his son, Solomon Stoddard (1771-1860). The latter was the great-grandson of yet another Solomon Stoddard (1643-1729), a prominent theologian who had served as pastor of the Northampton church from 1672 until his death in 1729.

The younger Solomon Stoddard was a 1790 graduate of Yale, and he subsequently studied law under Northampton attorney, U.S. senator, and future Massachusetts governor Caleb Strong. Stoddard went on to have a successful career as a lawyer, and also served in a variety of roles in local government, including register of deeds, town clerk, chief justice of the court of sessions, court clerk, and state representative. He and his wife Sarah had eight children, and they lived here in this house until Sarah’s death in 1852 and Solomon’s death in 1860. The house was later sold to Smith College in 1885, and by the time the first photo was taken it was in use as residential building for students.

Just to the left of the Stoddard House, in the center of the first photo, is another 18th century home that was later converted into a Smith College residence. Supposedly built in 1710 by Isaac Clark, the house remained in his family for several generations, and by the mid-19th century was owned by Clark’s great-grandson, Justin Smith. Upon Smith’s death in 1880 he left half of the property to Smith College, under the condition that his sister, Mary Smith Tenney, would be allowed to live there for the rest of her life. During this time, she ran the house as an off-campus residence for Smith College students, and after her death the school took over the property and continued to operate it as a residential building, named the Tenney House.

The third building in the first photo, on the far left of the scene, was also a private home that later became part of Smith College. Built sometime in the early 19th century, this house was originally the home of Enos Clark, a church deacon who lived here until his death in 1864. The property remained in his family for several more decades, but in 1886 it was sold to Mary L. Southwick, who enlarged the house and converted it into another off-campus residence for Smith College students. Known as the Southwick House, it operated into the 20th century, but it was later purchased by the Burnham School, a college preparatory school for girls. The house remained part of the school campus until 1968, when Burnham merged with the Stoneleigh-Prospect Hill School in Greenfield, and it was then sold to Smith College and converted into the Duckett House.

Today, of the three buildings in the first photo, only the Duckett House remains. It is still in use as a Smith College residential building, housing 37 students, and it is connected to the adjacent Chase House, which is just out of view in the distance to the left. As for the other two historic houses, both the Stoddard House and the Tenney House were demolished in the mid-1930s to build the Alumnae House, which was completed in 1938. This building, with its two wings in the center and right side of the photo, is still standing today, and is still in use by the college.