Looking south on Springfield Street, toward the Kendall House Hotel in Chicopee, around 1892. Image from Picturesque Hampden (1892). 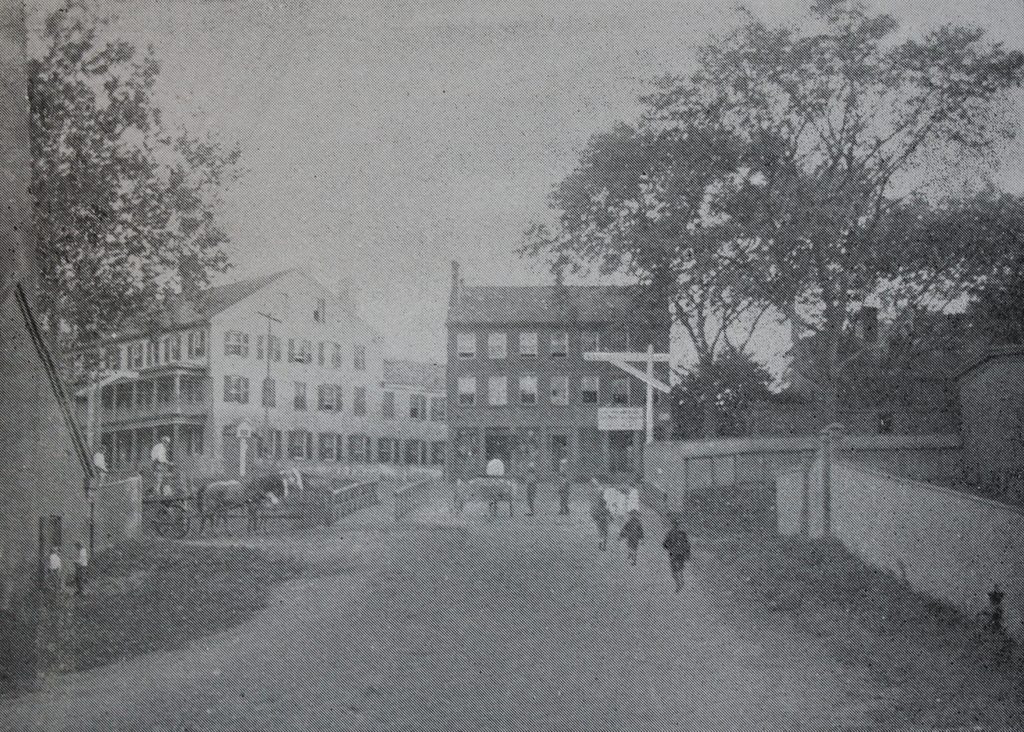 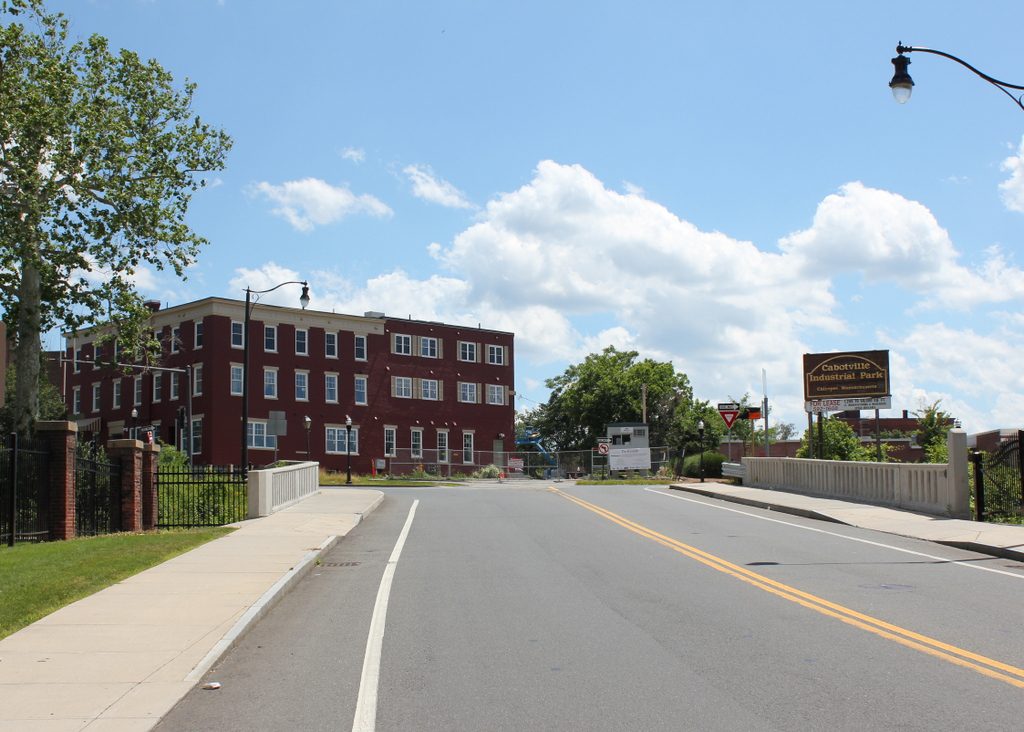 This scene shows the view looking south on Springfield Street toward the center of Chicopee, with the Chicopee River behind the photographer and the Ames Manufacturing Company facility just out of view to the left. The most notable building in the first photo is the Kendall House hotel, which is seen on the left side of the photo, just beyond the bridge over the canal. The hotel was built around 1834-1835, by prominent businessman Chester W. Chapin, and it dates back to the early days of Chicopee’s industrial development. At the time, Chicopee was still part of Springfield, and this particular area was known as Cabotville. The village was named after the Cabot Manufacturing Company, which was, in turn, named for Boston merchant Samuel Cabot, and this hotel was likewise originally named the Cabot House.

As built, the Cabot House had a fairly plain, Federal-style exterior that was common for commercial buildings of the era, with a brick exterior, three and a half stories, and a gabled roof. It opened as the first hotel in Cabotville, and for the first few years it was operated by Gardner Kimball. In 1836, he hired Marvin Chapin (no close relation to Chester) as a clerk. A native of Somers, Connecticut, Marvin Chapin had just returned to the area after spending time on a surveying crew in Florida, and after just a few weeks here he purchased the Cabot House from Kimball. He and his brother Ethan operated the hotel for several years, but in 1842 they purchased property on Main Street in Springfield and built the Massasoit House, which opened the following year. The Massasoit House went on to become one of the leading hotels in Western Massachusetts, and the Chapins subsequently sold the Cabot House to Madison Kendall.

The hotel later became known as the Kendall House, and enjoyed a prominent location in the center of Chicopee. The Chicopee Falls Branch of the Connecticut River Railroad opened in 1845, with a depot directly in front of the hotel, and three years later Chicopee was incorporated as a separate town. The current City Hall was later built across the street from the Kendall House, and in the meantime the factories here along the riverfront continued to expand, placing the hotel in the center of the city’s industry, commerce, transportation, and government.

The first photo shows the Kendall House with its front section of three and a half stories, a rear section with two and a half stories, and a two-story porch. Adjacent to the hotel, in the center of the photo, was a similar building, known as Chapin’s Block, which was probably built around the same time as the Kendall House. The railroad depot is not visible from this angle, but the white crossing signs can be seen in the center and far left of the photo. The Ames Manufacturing Company, whose factory was soon to be purchased by Spalding, was located just to the left of this scene, and the Dwight Manufacturing Company was just to the right on the opposite side of Springfield Street. Some of the children on the street may have been child laborers for Dwight Manufacturing, similar to those who were documented by photographer Lewis Wickes Hine several decades later.

Around 125 years after the first photo was taken, this scene has changed significantly. Chapin’s Block in the center of the photo is long gone, as are the buildings further in the distance to the right. The road bridge over the canal is new, and the railroad tracks are no longer there, having last been used in 1983. However, the Kendall House is still standing, although it is significantly altered from its original appearance. The gabled roof was removed after a fire in the early 20th century, and replaced with a flat roof and a cornice. The front porch is also gone, and the back part of the building has since been expanded into three full stories. Until recently, the building housed Quicky’s Restaurant and 38 single room occupancy units, but in 2017 the interior was completely renovated and converted into 41 studio apartments.