The Hotel Hamilton, formerly known as the Holyoke House, at the corner of Dwight and Main Streets in Holyoke, around 1891. Image from Holyoke Illustrated (1891). 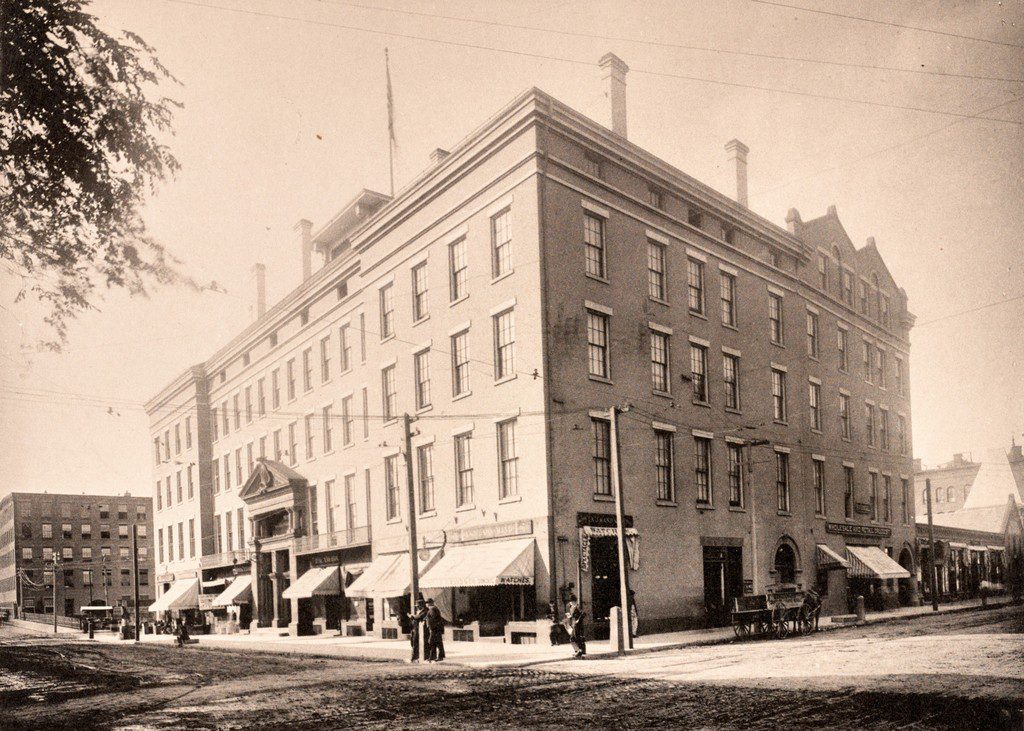 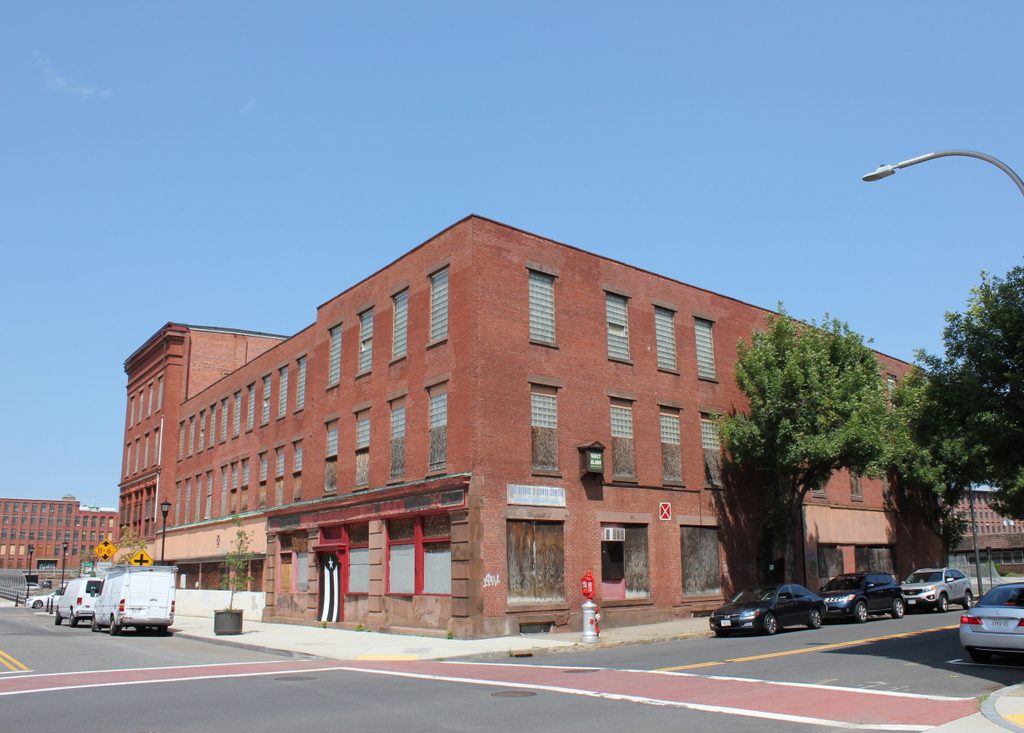 As explained in more detail in the previous post, this hotel was built in 1850 as the Holyoke House, and was part of Holyoke’s early development into a major manufacturing center. It originally consisted of just the Dwight Street side of the building, and was only five window bays deep along the Main Street side to the right. However, it underwent a major expansion in 1889-1890, with a Queen Anne-style addition to the rear of the building, on the far right side of the 1891 photo. This section was the work of noted local architect James A. Clough, and it featured a design that contrasted with the less ornate style of the original building.

The renovations also involved a name change, and the Holyoke House became the Hotel Hamilton. The first photo was taken only about a year later, and shows the building as it appeared during the height of Holyoke’s prosperity as an industrial city. By this point, the hotel had become an important part of downtown Holyoke. Its ground floor storefronts housed a number of tenants, including the post office, and the upper floors had rooms for up to 150 hotel guests. The dining room could seat twice that number, and was used for a variety of functions in its heyday. Written a few years after the first photo was taken, the book Holyoke Past and Present 1745-1895 provides the following description:

The Hamilton has come to be quite a popular place for people giving dinner parties, receptions, etc., for care and attention are always insured, and the details of a social affair are carried out with exactness. The Connecticut Board of Water Works, Connecticut Valley Dental Society, Congregational Club of Connecticut, and many other organizations of like character, hold the Hamilton in high estimation as a meeting place. The number of so-called “swell” receptions held here increases each year, as the capabilities of the house and proprietor become better known. The Arlington Club, the leading and only representative organization of Holyoke’s four hundred, holds the assemblies and balls here. The house, for the time being, is given over to the bright array of society people who always come out to honor the Arlington management.

The hotel would remain in business for more than 50 years after the first photo was taken, but it finally closed in 1943. By then, some of Holyoke’s industries had already begun to close or relocate, and many more would follow in the subsequent decades. A few years later, the building was heavily altered with the removal of most of the fourth floor, except for the section in the distance along Race Street. The large pediment above the main entrance is also gone, most of the windows have been replaced with glass blocks, and most of the storefronts have been rebuilt. The former hotel was most recently used as the Massachusetts Career Development Institute, and was known as the Silvio O. Conte Center. However, it closed in 2003, and the building has apparently remained vacant ever since, with very little resemblance to its appearance in the first photo.