The Quincy City Hall on Hancock Street in Quincy, around 1890-1910. Image courtesy of the Thomas Crane Public Library. 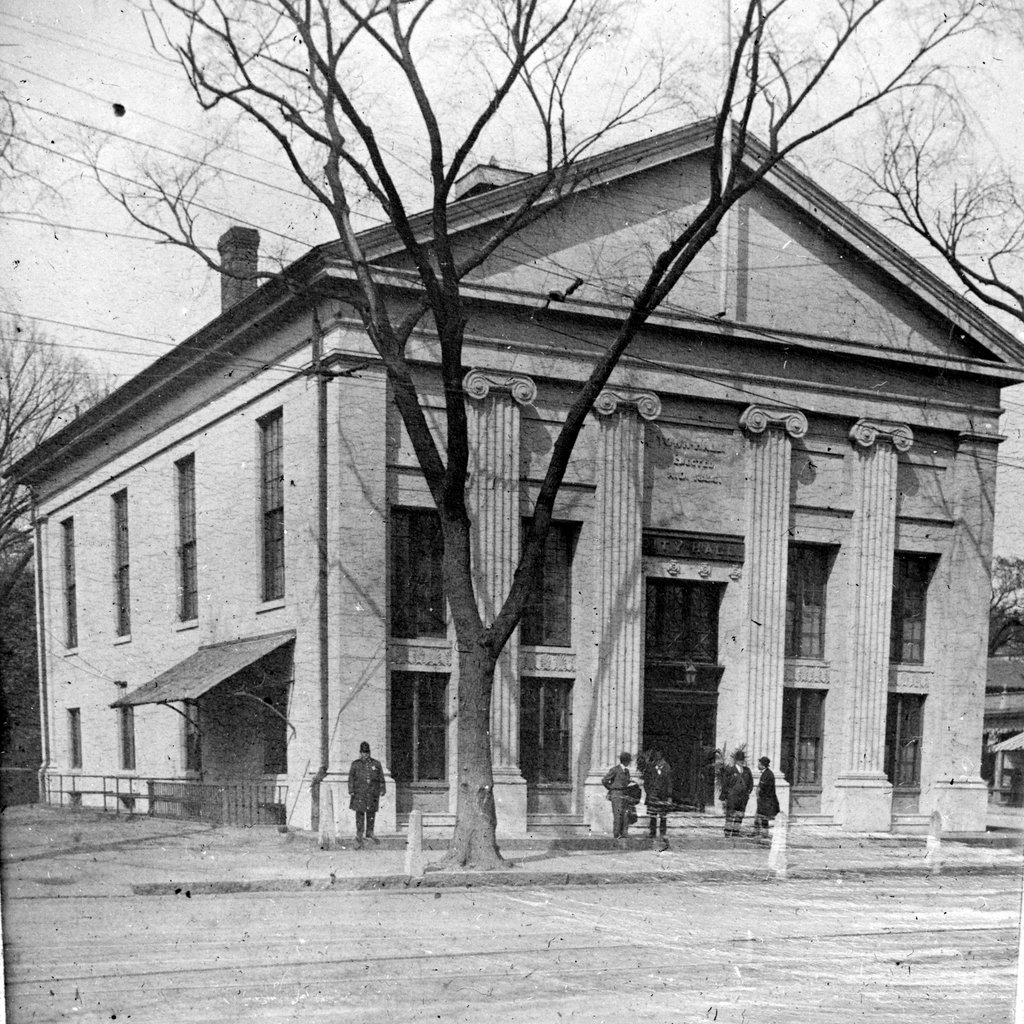 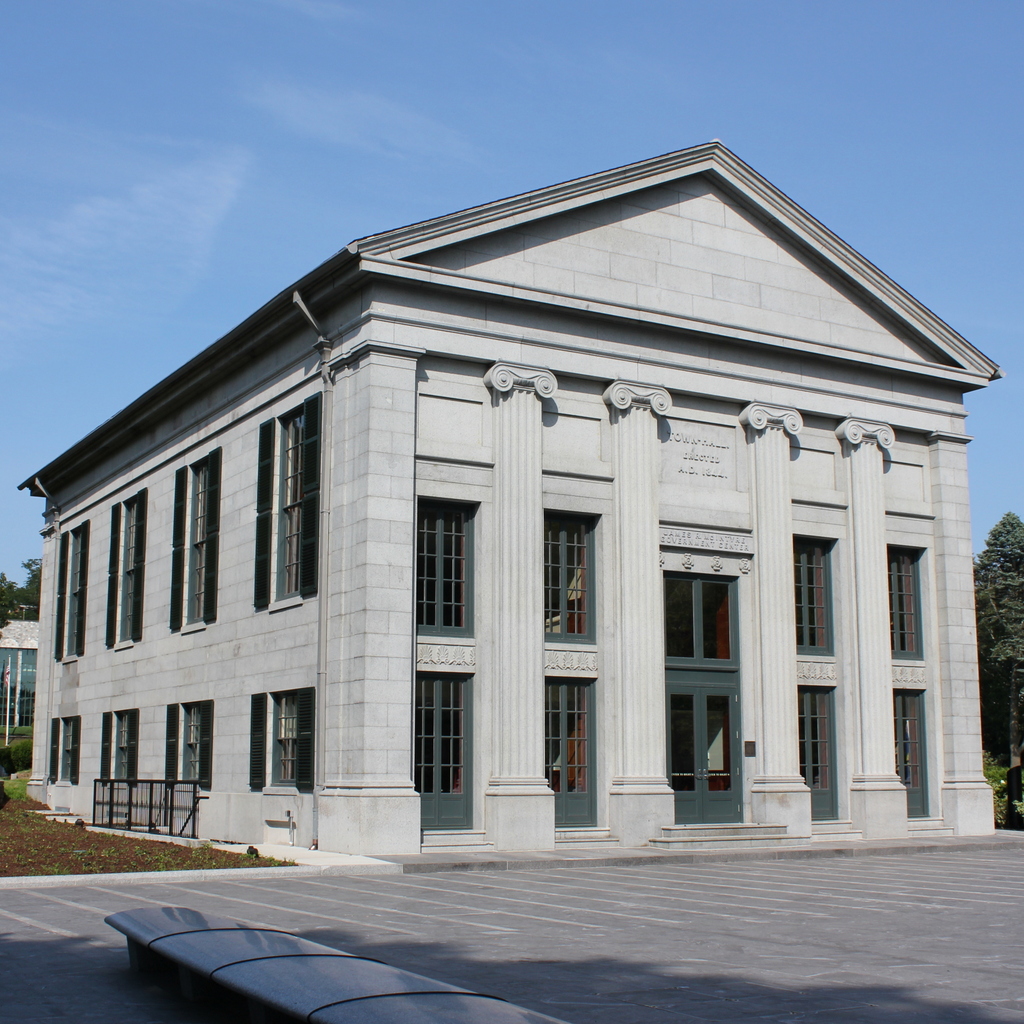 The city of Quincy is probably best known and the birthplace and home of both John Adams and John Quincy Adams. They were born 32 years and 75 feet apart from each other, in adjoining houses less than a mile south of here. As such, Quincy is one of only two cities in the country—along with New York City—to have been the birthplace of two presidents. However, at the time Quincy was neither a city, nor was it even its own municipality. Throughout the colonial era, present-day Quincy was the northern part of the town of Braintree, before being split off as a separate town in 1792. From there, it would be nearly a century before Quincy was incorporated as a city in 1888.

During this time, Quincy saw significant growth. From a population of just over a thousand in 1800, it had grown to nearly 3,500 by 1840, and in 1844 the town began construction on a new town hall, which was completed later in the year. It was designed by prominent architect Solomon Willard, who is best-known for the Bunker Hill Monument in Boston. Like the Bunker Hill Monument, it was constructed out of locally-quarried Quincy granite, and it was built only a year after the monument’s dedication in 1843.

Overall, the exterior of the town hall is a good example of Greek Revival architecture, which was common for public buildings of this era. The front facade, shown here in these two photos, features a triangular pediment above four Ionic pilasters. The main entrance is located between the two central pilasters, with the inscription “Town Hall Erected A.D. 1844” inscribed above it. Originally, the ground floor included two storefronts, although these were altered later in the 19th century.

Quincy became a city in 1888, and the old town hall building here became city hall instead. The changes to the front of the building came afterward, and included the addition of a “City Hall” sign above the entrance. The first photo was also taken sometime after these changes occurred, probably around the turn of the 20th century. In this scene, four men stand outside the entrance, with a uniformed police officer standing to the left at the corner of the building. Aside from the modifications to the building, another sign of progress was the trolley line running in front of the building, with the tracks visible in the street and the electric wires above them.

Today, this building remains in use as Quincy City Hall, although it has been significantly expanded with a modern addition behind and to the right of the original structure. Most recently, the building underwent a major restoration that began in 2013. It was damaged by a fire during the project, but the work was ultimately completed in early 2016. This project also coincided with the closure of the portion of Hancock Street in front of city hall, creating a pedestrian-only plaza between it and the United First Parish Church across the street from here. Today, the exterior of the building is not significantly different from its appearance in the first photo, and it stands as a well-preserved example of a mid-19th century municipal building.