The governor’s office in the Vermont State House, around the 1870s. Image courtesy of the New York Public Library. 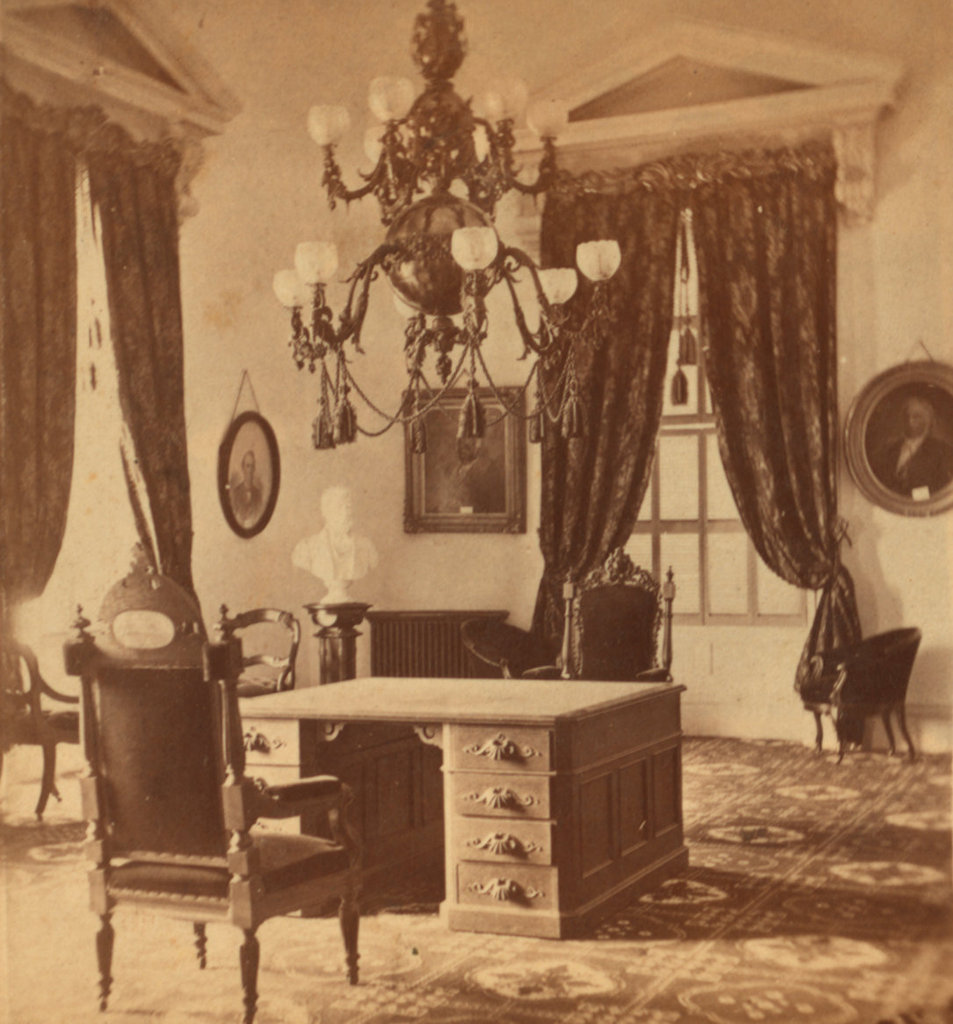 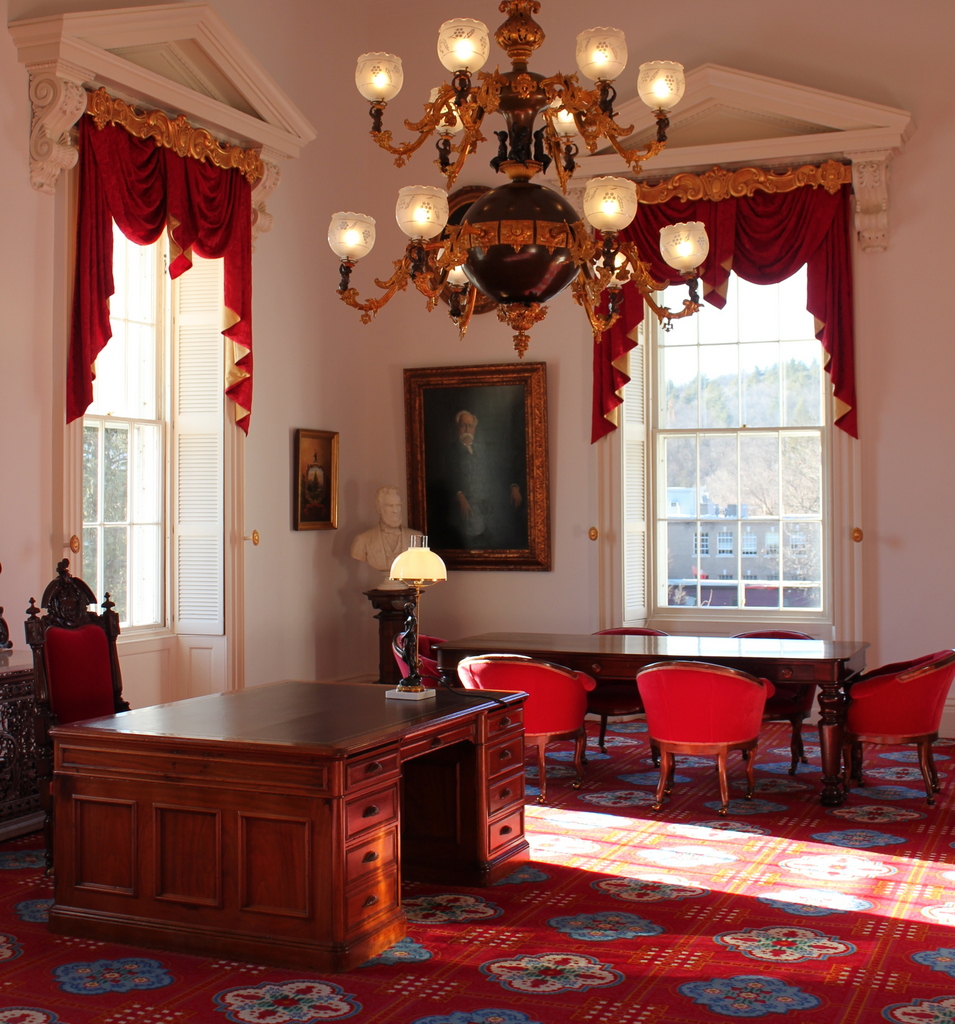 The current Vermont State House was completed in 1859, and over the years it has remained remarkably well-preserved. On the interior, this includes the House and Senate chambers, along with the governor’s office, which is shown here in these two photos. The office is located on the second floor, in the northwest corner of the building, and it was originally occupied by Hiland Hall, who served as governor from 1858 to 1860.

The first photo was taken a little over a decade after the state house opened, and it shows the view from near the door that connects the office to the second floor lobby. The governor’s desk occupies the foreground, and in the lower left corner is the governor’s chair, known as the Constitution Chair. This chair was one of the original pieces of furniture in the room, having been given to the state in 1858 by Captain Horace B. Sawyer, a naval officer and Vermont native who had, many years earlier, served aboard the U.S.S. Constitution during the War of 1812. The chair is made of timers from the famous ship, and it features the state seal, which is carved atop the chair.

Aside from the chair, another important feature in the first photo is the marble bust of Erastus Fairbanks, who served as governor from 1852-1853 and 1860-1861. It was the work of noted sculptor John Quincy Adams Ward, and it was given to the state by Governor Fairbanks’s sons, Horace and Franklin, in 1872. Because of this, the sculpture’s presence here in the office provides an approximate date of the first photo. Both of the Fairbanks brothers were involved in state politics, with Franklin serving as Speaker of the Vermont House of Representatives from 1872 to 1874. Then, from 1876 to 1878, Horace served as governor, where he was able to sit here at this desk, directly across from the bust of his father.

For more than a century, from before the Civil War until after World War II, the Republican Party dominated state politics here in Vermont. During this time, the state had fifty consecutive Republican governors, starting in 1855 with Stephen Royce, whose portrait hangs on the wall on the far right side of the first photo. Not until 1963, following the election of Philip H. Hoff, would the state have a Democrat as governor. Part of the reason for this long string of electoral successes was the Mountain Rule, an agreement within the party that nominations for governor would alternate every two years between candidates from the eastern and western halves of the state. This helped maintain party unity, while also ensuring a balance of power between Vermont’s two major regions.

Today, nearly 150 years after the first photo was taken, this room is no longer the governor’s primary office. Since 1971, the governor’s working office has been located in the Pavilion, a building adjacent to the state house. However, this office here in the state house continues to serve as the governor’s ceremonial office, and it typically used during legislative session. Overall, though, the room has retained its historic appearance throughout this time. The Constitution Chair is still here, as is the marble bust of Erastus Fairbanks. Even the portrait of Stephen Royce is still in the office, although it is slightly further to the right from its location in the first photo, and it lies just outside the frame of the 2019 photo.