The Henry Howser House on the grounds of the Kings Mountain National Military Park in South Carolina, in 1938. Image taken by Frances Benjamin Johnston, courtesy of the Library of Congress, Carnegie Survey of the Architecture of the South. 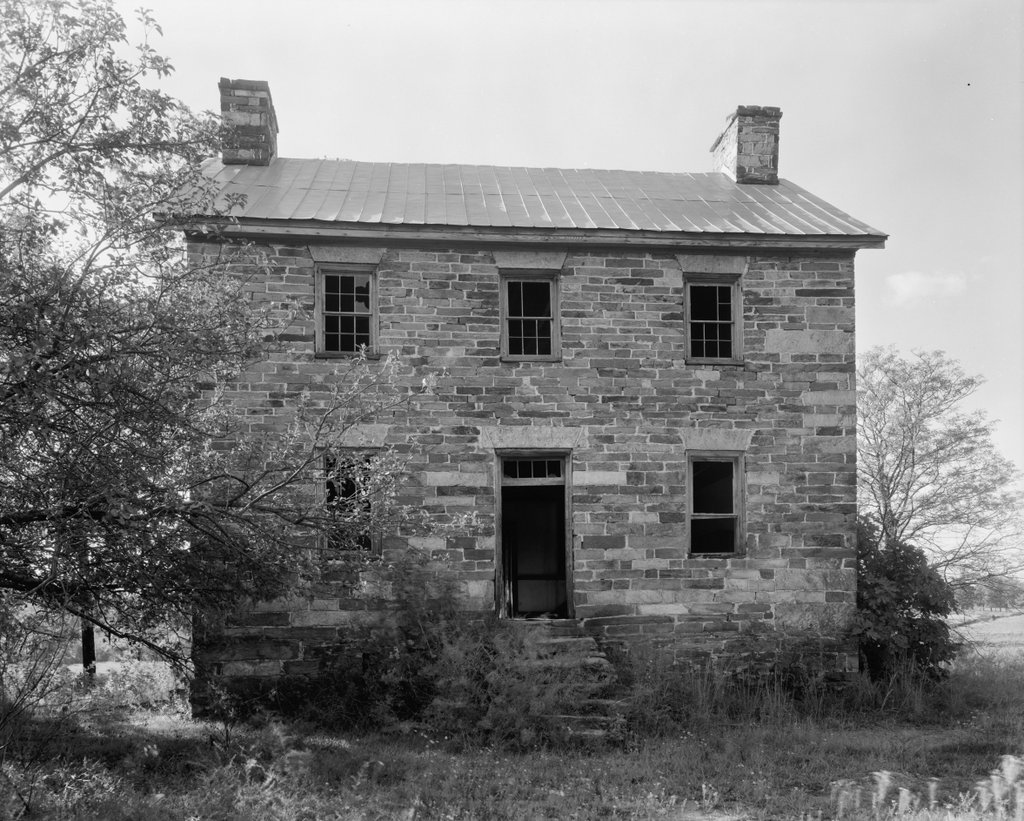 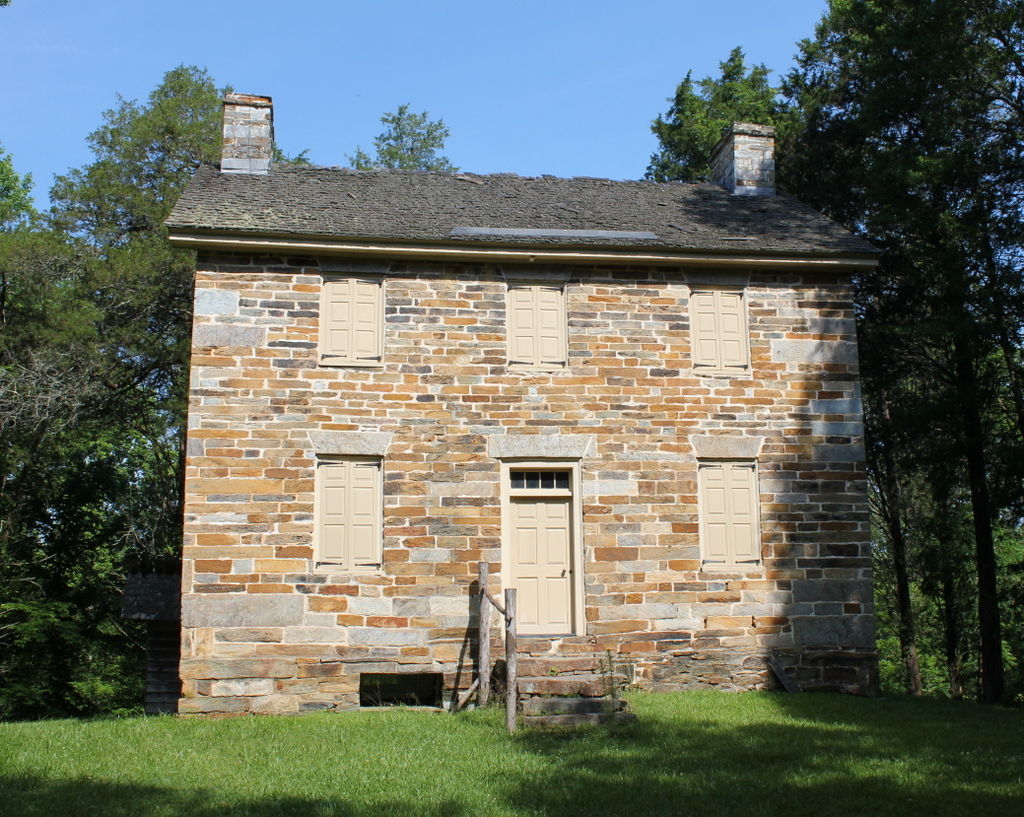 The Battle of Kings Mountain was an important battle in the southern theater during the American Revolution. Fought in the rural northwestern part of South Carolina on October 7, 1780, the battle was a significant Patriot victory that helped shape the subsequent events in the war. In the battle, a Patriot militia force surprised and defeated a larger Loyalist militia force, resulting in 290 Loyalists dead and 668 captured, compared to just 28 Patriots killed. The outcome caused Lord Cornwallis to delay his planned invasion of North Carolina, which led to the even more decisive Battle of Cowpens three months later.

After the war, this area of South Carolina remained very rural. Then, in 1788 Henry Howser, a stonemason from Pennsylvania, moved here and purchased much of the former battlefield. He constructed this house in 1803, as indicated by the lintel above the front door, in which he carved “Henry Howser – Stone Mason / Jane Howser 1803.” The Jane here was apparently his wife, Christina Jane Howser, although other sources claim that this Jane Howser was an enslaved stonecutter who assisted Henry with the construction.

Henry Howser became a wealthy man here in South Carolina, and he is variously listed as a farmer and distiller, in addition to being a stonemason. Unlike the large-scale plantations in other parts of South Carolina, Howser’s farm did not have massive numbers of enslaved laborers, but during the 1810 census he did have three slaves here, and a decade later he had four. He died in 1822, leaving a personal estate that was valued at $5,353, not including his extensive real estate holdings.

Henry’s son, who was also named Henry, subsequently acquired this house, where he lived until his death in 1842. The property then passed to his wife, Faithy, who outlived him by 40 years. By the 1850 census, she was 55 years old and living here with David Howser, who appears to have been her son. In addition, she had a 42-year-old enslaved woman and a ten-year-old enslaved boy, neither of whom are identified by name on the census. At the time, her land was valued at $3,500, which included the house and 100 acres of improved land, along with 800 acres of unimproved land. Her farm produced a variety of crops that year, in particular wheat, corn, and oats. She also had four horses, four milk cows, eight other head of cattle, a sheep, and 13 swine.

Faithy Howser died in 1882, but the property remained in the family for several more generations. Her grandson, Lawson Howell, acquired it in 1884, followed by his sons Aaron and J. Grigg Howell in 1911. For most of this time, Lawson and his sons rented the house to tenant farmers, although J. Grigg Howell did live here from 1915 to 1918. He and Aaron then sold the property, more than a century after their great-great grandfather built it.

Under new ownership, the house continued to be rented to tenants, including Tom Morris, who lived here from 1919 until around the mid-1920s. In the 1920 census he was 50 years old, and he was living here with his wife Maggie, their daughters Mary and Julia, Julia’s husband James Norman and infant daughter Pauline, and Tom’s mother Sallie. Tom’s occupation was listed as a general farmer, his daughters were listed as laborers on a home farm, and James Norman was a sawyer.

In 1931, the federal government created the Kings Mountain National Military Park, in order to preserve the nearby battlefield site. The Howser House was not originally a part of this park, but in 1938 the National Park Service purchased this property and added it to park. The first photo was taken around this time, by prominent photographer Frances Benjamin Johnston. Her project, known as the Carnegie Survey of the Architecture of the South, involved photographing thousands of buildings in the southeast, which ranged from exquisite mansions to dilapidated ruins. By the time she documented the Howser House, it was much closer to the latter category, having evidently been abandoned for some time. The photo shows hardly a shard of glass remaining in any of the window panes, and the front door was likely wide open long before Johnston arrived, exposing the interior to the southern elements.

Even after the National Park Service acquired the house, its condition did not improve for many years. The doors and windows were boarded up in 1941, offering some protection for the house, but otherwise it was largely neglected. This was perhaps because the house was not directly related to the battle itself, and because of its remote location near the northwestern fringe of the park. However, the house was ultimately restored in the 1970s, including repointing the exterior walls, repairing the interior woodwork and walls, and replacing the sheet metal roof with a shingled roof.

Today, unlike so many of the other decaying southern homes that Frances Benjamin Johnston visited in the 1930s, the Howser House is in much better condition than it was when she took the first photo more than 80 years ago. However, with its closed shutters and deteriorating roof, it retains a somewhat bleak appearance, which is only enhanced by its secluded location within the park. The house seems to be rarely visited by tourists to the park, and the restored interior is only open for tours several times a year. Nonetheless, it survives as an important early 19th century architectural work, and as an unusual example of a Pennsylvania-style stone house in South Carolina.