The front entrance of the Henry Howser House on the grounds of the Kings Mountain National Military Park in South Carolina, in 1938. Image taken by Frances Benjamin Johnston, courtesy of the Library of Congress, Carnegie Survey of the Architecture of the South. 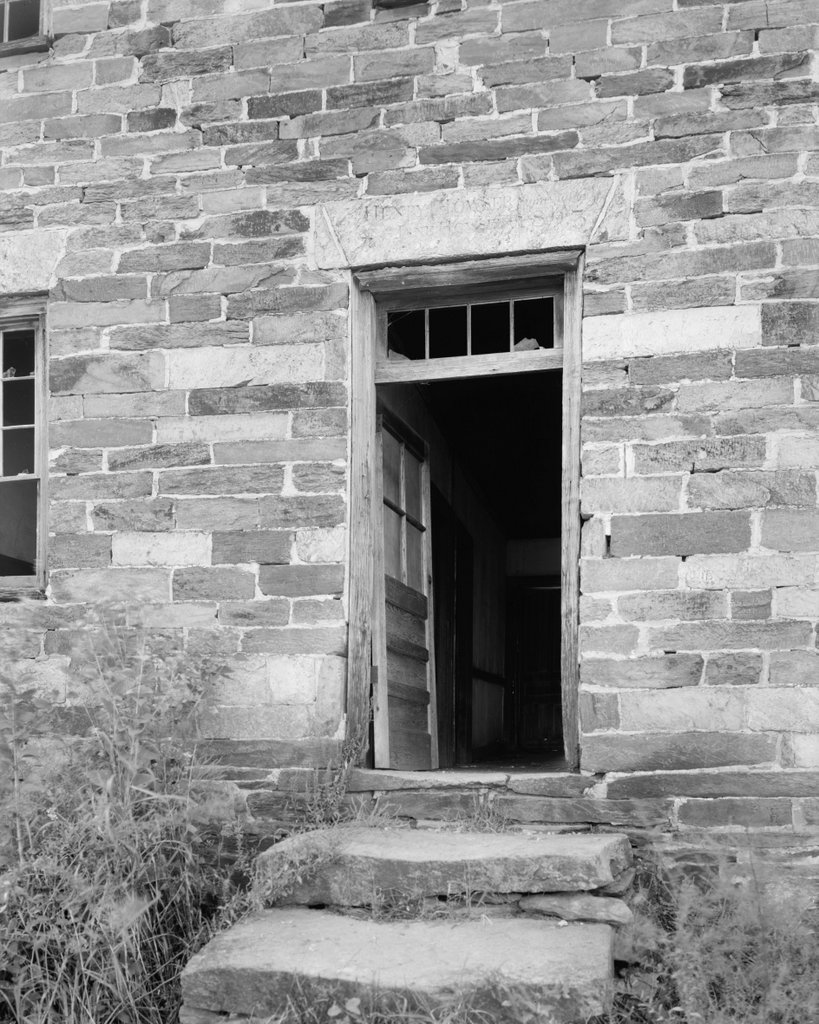 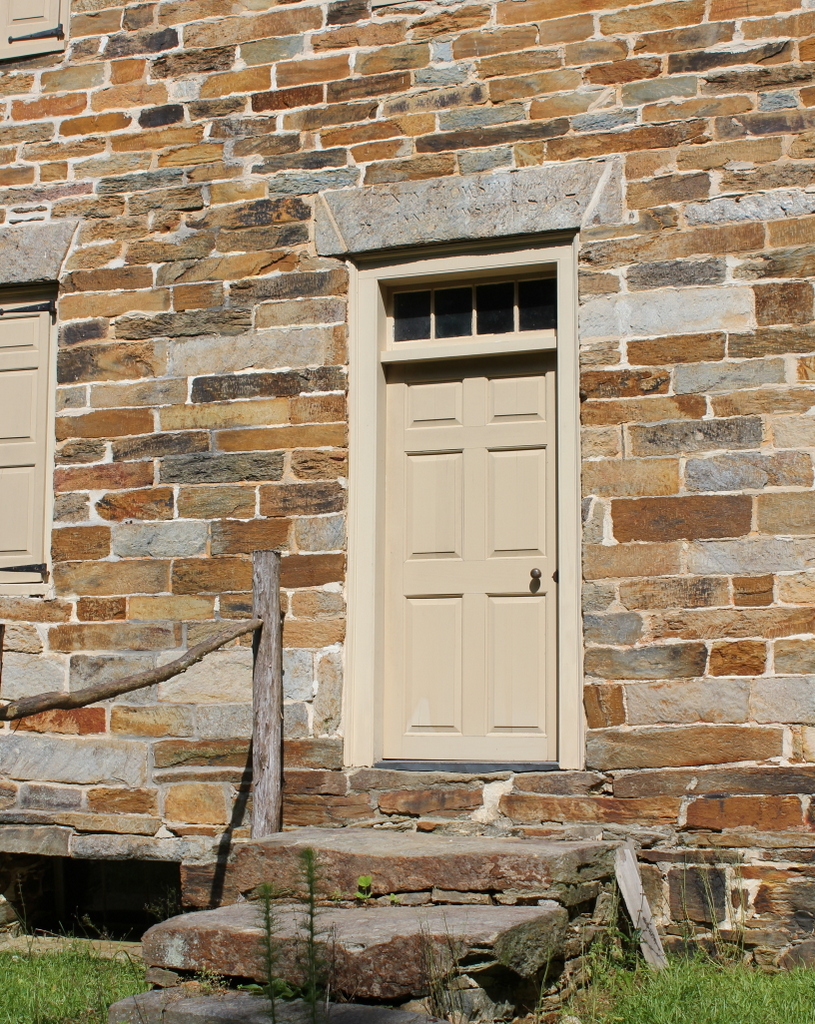 As discussed in more detail in the previous post, this house was built in 1803 by Henry Howser, a stonemason whose name appears on the lintel above the front door here. He lived here for the rest of his life, until his death in 1822, and the property would remain in his family for many generations, before being sold by his great-great grandsons in 1918.

Howser was originally from Pennsylvania, and he drew inspiration from that state’s architectural styles when building this house. As a result, its design bears little resemblance to other rural farmhouses in early 19th century South Carolina, particularly in the use of stone. These two photos show some of the detail of Howser’s stonework, which consisted of coursed ashlar here on the main facade, with stones of varying colors and sizes.

The first photo shows a glimpse of the interior of the house, which is also modeled on Pennsylvania German architecture. Known as a kuche and stube layout, the first floor featured a large kitchen, or “kuche,” that occupied more than half of the floor, including everything to the right of the doorway. The remaining part of the first floor was divided into two rooms, one of which would have been the parlor, or the “stube.” Likewise, the second floor is divided into three rooms, one of which was larger than the other two combined.

The Howser family did not consistently live here after the death of Henry’s daughter-in-law Faithy in 1882, but they often rented the property to tenant farmers. After they sold it in 1918, the new owners continued renting it, but it steadily deteriorated over the years. By the time the first photo was taken in 1938, almost all of the windows were broken, and the front door appeared to be off its hinges, leaving the house exposed to the elements.

Also in 1938, the National Park Service acquired this property, and it became part of the Kings Mountain National Military Park, which commemorates a pivotal battle in the southern theater during the American Revolution. However, because the house was built more than 20 years after the battle, it did not have any direct connection to it. Perhaps for that reason, the National Park Service did not fully restore it until the 1970s, when the stonework was repointed, the interior was rehabilitated, and the sheet metal roof was replaced with a shingled one.

Today, the house is still standing here, and it is in much better condition than it was when the first photo was taken. It survives not only as a rare example of its architectural style in the south, but also as a reminder of the ways in which the land use of the battlefield has changed over the years. However, it is situated in a secluded area on the edge of the park, far from the main battlefield site, so it receives few visitors and is only open for tours several times each year.