A view looking east up one of the terraces in Springfield Cemetery, around 1892. Image from Picturesque Hampden (1892). 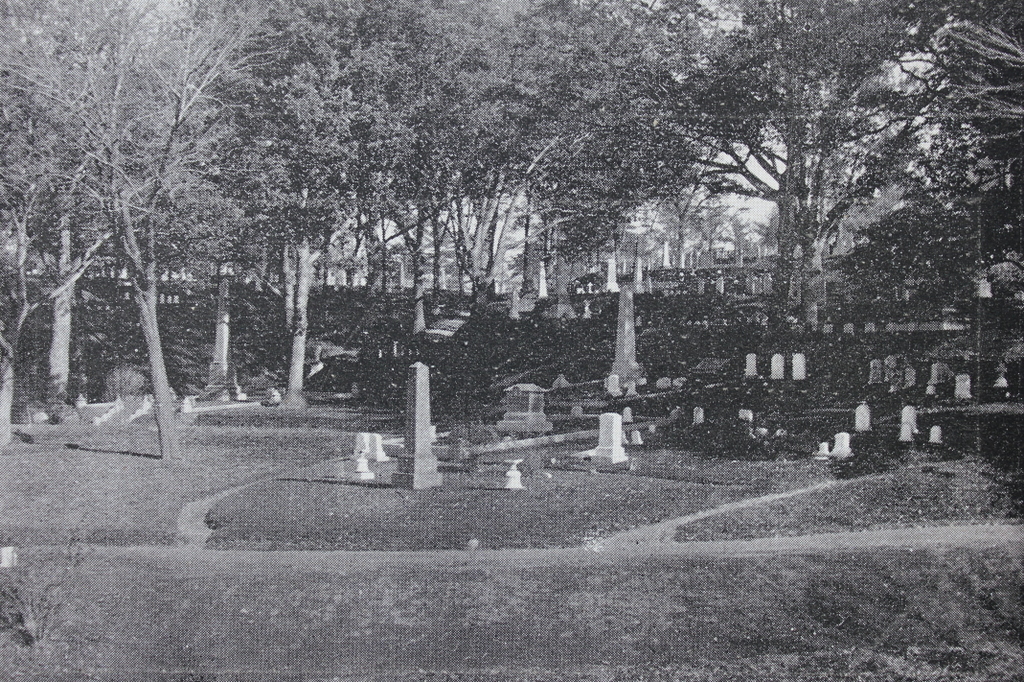 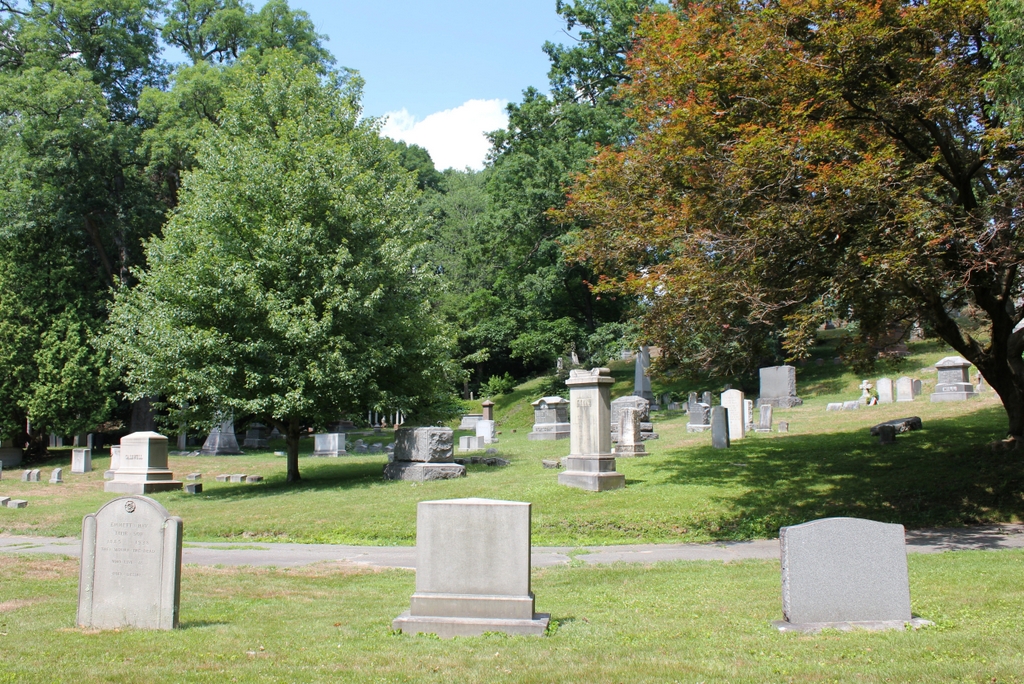 As explained in the previous post, Springfield Cemetery was established in 1841 as one of the first rural cemeteries in the northeast. Inspired by Mount Auburn Cemetery in Cambridge and Watertown, these types of cemeteries sought to create a pleasant, park-like atmosphere, in contrast to the older, gloomier Puritan-era graveyards in town centers. The cemetery was laid out in an area once known as Martha’s Dingle, located a little to the east of downtown Springfield. The land here consists of several steep-sided ravines, making it poorly suited for real estate development but ideal for a tranquil rural cemetery.

In developing the cemetery, some of the slopes were transformed into terraces, such as this one here. This particular view shows the view of the cemetery facing east from near its geographic center. In the foreground is the lower section, which had few interments during the 19th century, and further in the distance is the slope leading up to the upper section, which is adjacent to Pine Street. In general, the further up the hill that the gravestones are, the older they tend to be, culminating with the colonial-era stones along Pine Street, which were moved there from the old burying ground on Elm Street in 1848.

In this particular scene, most of the gravestones in the first photo date to the late 19th century, so they would have been relatively new when the photo was taken. Since then, many more burials have occurred here, but there are still some stones that are recognizable from the first photo. Near the center of the photo is a rectangular granite stone of businessman Warner C. Sturtevant (1809-1891), his wife Nancy (1811-1885), and several of their children and grandchildren. Just to the right of it, and a little closer to the foreground, is the marble stone of Samuel W. Fisher (1817-1884) and his wife Lorinda (1826-1885). In the distance beyond this stone is a large obelisk for the Merriam family, including dictionary publisher Charles Merriam (1806-1887), his wives Sophia (1808-1858) and Rachel (1824-1888), and several of their children.

Today, more than 125 years after the first photo was taken, there are now many more gravestones here in this scene, most dating to the first half of the 20th century. Among the more notable burials here in this scene are George Walter Vincent Smith (1832-1923) and his wife Belle (1845-1928), who were both prominent philanthropists and art patrons. They amassed an extensive art collection that they subsequently donated to the city as the George Walter Vincent Smith Art Museum, and they are buried here, just to the right of the tree on the left side of the scene.

Aside from the addition of more gravestones, some of the stones from the first photo are now gone, possibly having been replaced by newer monuments. Overall, though, this scene remains largely the same as it appeared in the late 19th century. Springfield Cemetery is still an active cemetery, and it continues to have the same natural, park-like appearance that its founders envisioned some 180 years ago. The city has since grown up around the cemetery, but from here it is hard to tell that these wooded ravines are right in the midst of one of the largest cities in New England.