The house at 322 Spruce Street, between Third and Fourth Streets in Philadelphia, in March 1859. Image courtesy of the Library Company of Philadelphia, Frederick De Bourg Richards Photograph Collection. 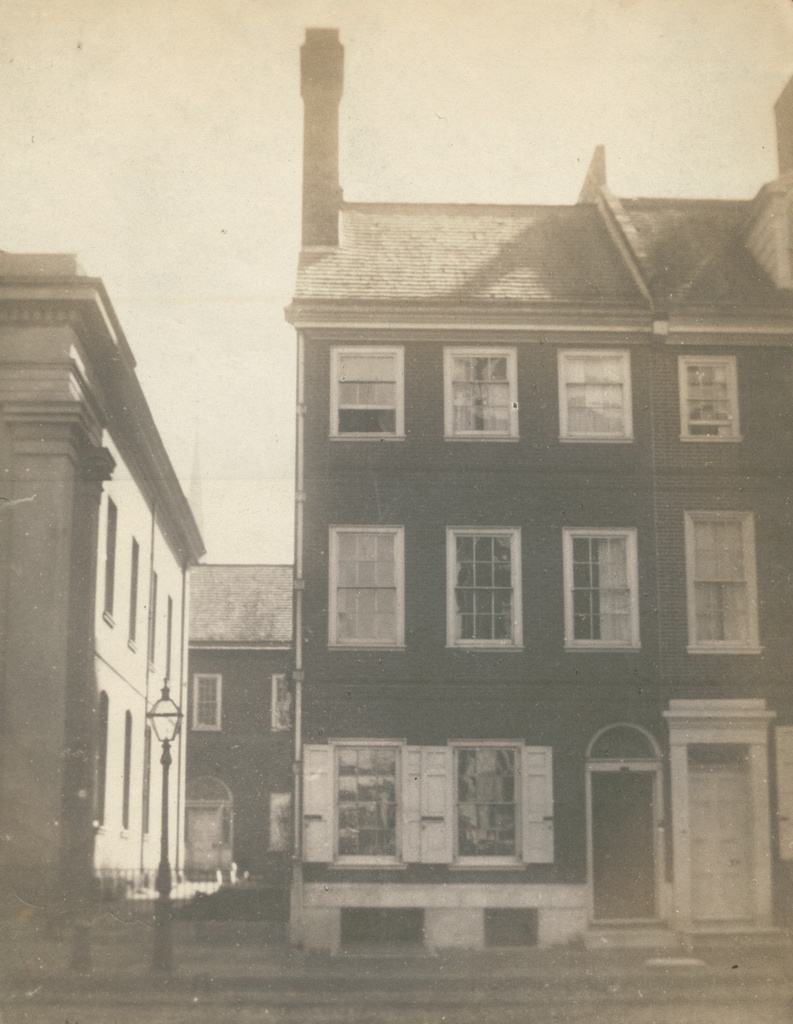 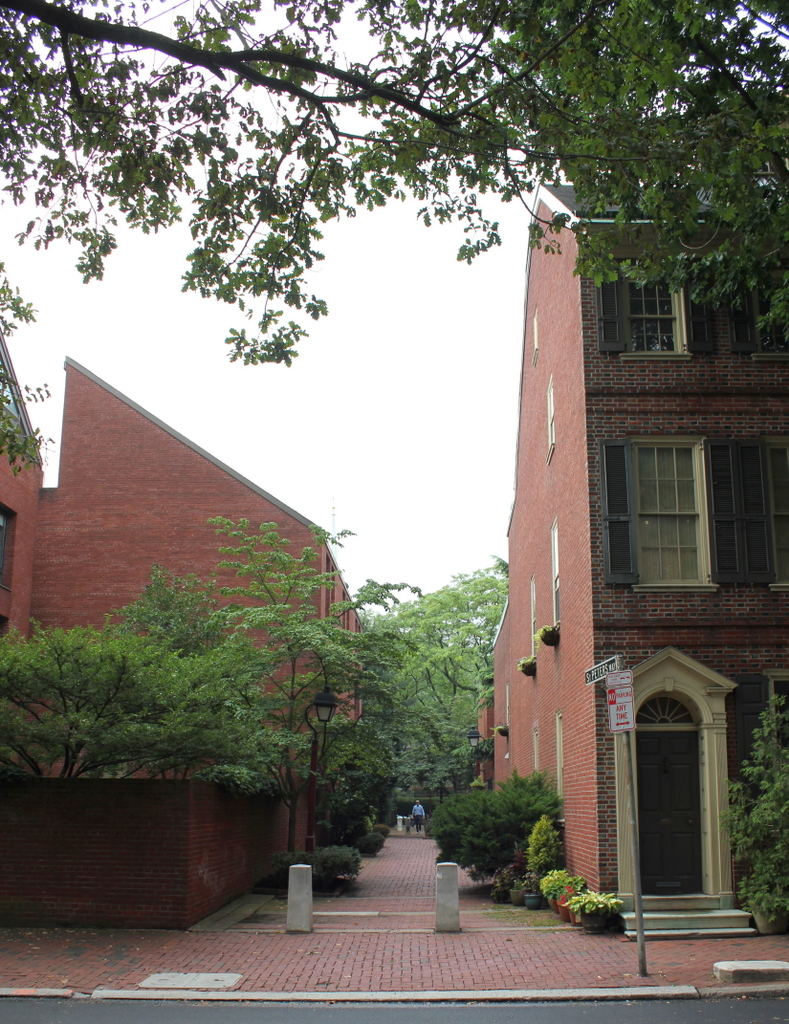 The house in the first photo was built in 1786 as the home of the Reverend William Marshall, who served as pastor of the Scots Presbyterian Church and later the Associate Presbyterian Church. He lived here throughout the late 18th century, and during this time his wife ran a boarding house in order to supplement his pastoral salary. She hosted a variety of notable boarders here, including a few of the delegates to the Constitutional Convention in 1787 and, a few years later, several French noblemen who were living here in exile after the French Revolution. Among them was Louis-Marie, vicomte de Noailles, the brother-in-law of the Marquis de Lafayette, who stayed here for several years starting in 1792. However, by far the most prominent boarder here was Louis Philippe d’Orléans, who would eventually become King Louis Philippe of France.

Louis Philippe arrived in Philadelphia in 1796 when he was 23 years old. His father had been the Duke of Orléans, and both men had been supporters of the French Revolution, with Louis Philippe serving with distinction as an officer in the revolutionary army, but the family ultimately fell out of favor during the Reign of Terror. The Duke was executed by guillotine in 1793, and Louis Philippe fled the country, eventually ending up in Philadelphia after spending several years traveling throughout Europe.

He appears to have remained here with the Marshalls for several months, until the arrival of his two brothers in 1797. They subsequently moved into a house of their own in Philadelphia, but Louis Philippe would continue his travels here in America, living in New York and Boston before eventually returning to France with his brothers in 1800.

Following the restoration of the monarchy in 1815, he became a part of the royal court, although he tended to be more liberal-minded than the kings were. The final monarch from the House of Bourbon, Charles X, was ultimately forced to abdicate in the July Revolution of 1830, and this created an opportunity for Louis Philippe, who was then declared king. In contrast to the conservative Charles X, he tried to portray himself as a man of the people, and he was referred to as the “Citizen King.” He reigned as king for the next 18 years, but over time his popularity waned, and he too was forced to abdicate, in February 1848, making him the last king in the history of France.

In the meantime, the modest boarding house where the future king had once lived was still standing here on Spruce Street at the end of his reign. The first photo was taken in 1859, just 11 years after Louis Philippe’s abdication, by Frederick De Bourg Richards, as part of an effort to document historic landmarks in the city. By this point the building was the home of Miss Carr’s School for Young Ladies, although the exterior likely had not changed much from its original appearance, since it still resembled a typical late 18th century rowhouse.

The house was still standing here as late as 1885, when it was featured in an article in the Magazine of American History. However, the article noted that it was currently in use as an upholstery shop, and that it “has undergone considerable alteration since its palmy days.” The article lamented the poor state of preservation, while also observing that it had once been a curiosity among visitors but had since fallen into obscurity. This is perhaps due in part to the fact that, when the first photo was taken, the reign of Louis Philippe was still a recent memory for most people, while by the mid-1880 nearly 40 years had elapsed since his abdication.

Today, the streets of Philadelphia’s Society Hill neighborhood are still lined with historic rowhouses, but the former residence of Louis Philippe is not among them. It was demolished at some point, probably in the late 19th or early 20th centuries, and today the lot is part of St. Joseph’s Way, a pedestrian walkway that runs parallel to Third and Fourth Streets for several blocks. There are, however, a few surviving remnants from the first photo. Most obvious is the house on the right side, but both photos also feature the spire of St. Peter’s Episcopal Church, which was built in 1758 and still stands in the distance at the corner of Third and Pine Streets.