The Rip Van Winkle House on Mountain House Road in Catskill, around 1902. Image courtesy of the Library of Congress, Detroit Publishing Company Collection. 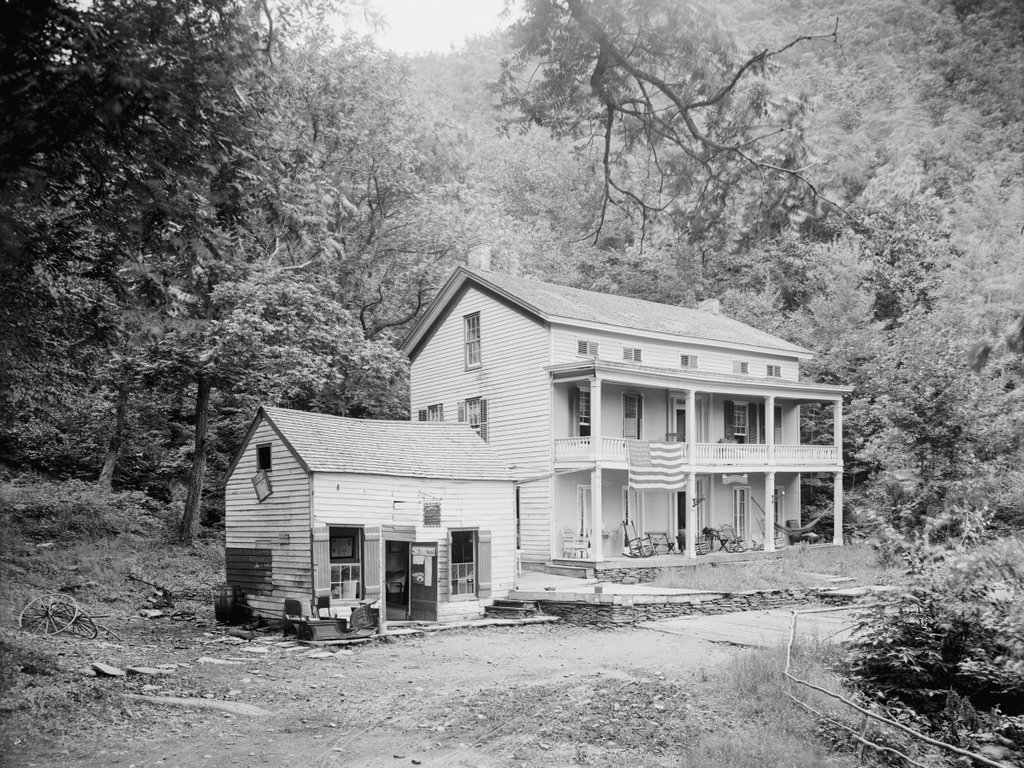 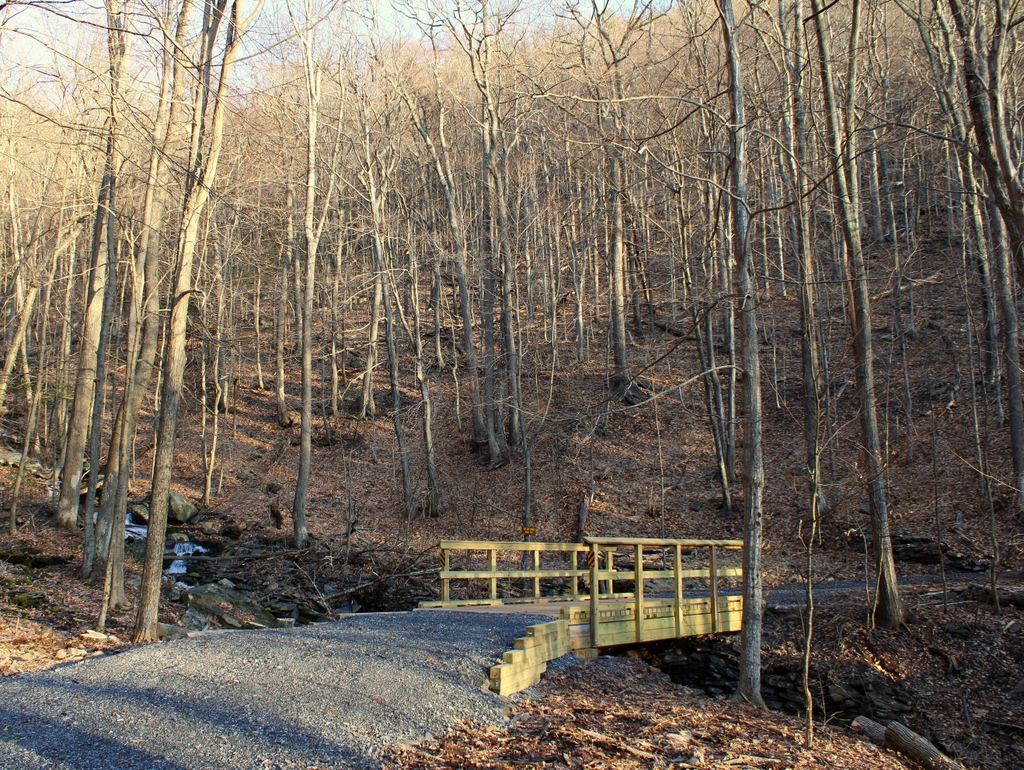 The northeastern United States is home to a number of different mountain ranges that form the northern portion of the Appalachians. Colonial-era settlers knew of these mountains, but generally did not place much emphasis on them. Instead, these mountains were often seen through purely practical terms, as poor farmland, barriers to transportation, and places of refuge for wild animals. However, these attitudes began to change by the early 19th century, and many Americans began to appreciate mountains for their untamed natural beauty, in contrast to the rapidly-growing industrial cities of the northeast.

Writers and artists of the period also drew inspiration from the mountains, particularly the White Mountains of New Hampshire and the Catskills here in New York. One of these early works was “Rip Van Winkle,” an 1819 short story by Washington Irving. Set in the pre-revolutionary period, it tells the story of Rip, who goes for a hike in the Catskills to escape his nagging wife. While in the mountains, he encounters the ghosts of Henry Hudson’s crew, who offer him liquor. He drinks and falls into a deep sleep, only to awaken 20 years later. Upon returning home, he finds that his wife is dead and society has been transformed by the American Revolution.

In the story, the narrator describes the place where Rip falls asleep as being “a hollow, like a small amphitheatre, surrounded by perpendicular precipices, over the brinks of which impending trees shot their branches, so that you only caught glimpses of the azure sky and the bright evening cloud.” Irving had never actually been to the Catskills when he wrote the story, so the setting was not based on any specific location, but it did not take long for at least one enterprising individual to capitalize on the story’s fame.

In 1824, the Catskill Mountain House was built on a ledge along the Catskill Escarpment, overlooking the Hudson River Valley. Travelers reached it by way of a carriage road that connected it to the town of Catskill. Along the way, the road passed through this ravine, where it made a U-shaped turn and crossed this brook before heading further up the slope toward the Mountain House. The geography of this ravine resembles the one described in the story, so at some point someone opened a small cabin here, which was styled as the Rip Van Winkle House. Here, travelers could obtain refreshments for themselves and their horses on their way up the escarpment.

It seems unclear as to exactly when the Rip Van Winkle House opened here, and some sources  cite dates in the 1830s or 1840s. However, there was some sort of a structure here as early as 1826, according to a description published in the New-York Mirror in that year:

Two miles from the summit is a small hut, or shantey, as they are called here, whose occupant, by universal consent, bears the name of the immortal sleeper. Whether a genuine descendant or not is a point upon which I will not stake my veracity. His hut is in a singularly romantic situation; built in a deep angle of the rock, with a perpendicular ascent of fifty feet directly above him. He keeps refreshment or travellers, and is supplied with water by a spout which is laid from his window to a spring in the rock behind him.

This original “shantey” was still standing when the first photo was taken at the turn of the 20th century, but by this point it had been joined by a second building, which had been constructed in the late 1860s. This new building was a boarding house, with rates of $10 per week in 1869. It was hardly an opulent hotel, especially when compared to the much larger Catskill Mountain House two miles away, but the intent seems to have been to generate business based on this site’s purported connection to the story. At some point, the owner painted “Rip’s Rock” on a nearby boulder, claiming it to be the spot where Rip slept for 20 years, and this ravine took on the name of Sleepy Hollow, further connecting it to Washington Irving’s literature.

The Rip Van Winkle House remained in business throughout the rest of the 19th century, but it began to decline after 1892, with the opening of the Otis Elevating Railway. This funicular railway provided a direct connection to the Mountain House, eliminating the need for a long stagecoach ride up winding mountain roads. This meant far less business for the Rip Van Winkle House, which ultimately closed shortly after the first photo was taken. The buildings remained vacant for many years afterwards, before finally burning around 1918.

Today, some 120 years after the first photo was taken, the old stagecoach road is still here. Now primarily used by hikers and snowmobilers, it still follows the same route that 19th century visitors to the Mountain House would have taken up the mountain. Here at the site of the Rip Van Winkle House, the buildings have been gone for over a century, but there are still some remnants, including the stone foundations. Aside from the loss of the buildings, though, this scene is not significantly different from the first photo. This remains a quiet, secluded spot partway up the escarpment, and it is an ideal place to stop and rest alongside the stream, although perhaps not for as long as 20 years.