The view looking northeast across the Hudson River Valley from the Catskill Mountain House, around 1900-1910. Image courtesy of the Library of Congress, Detroit Publishing Company Collection. 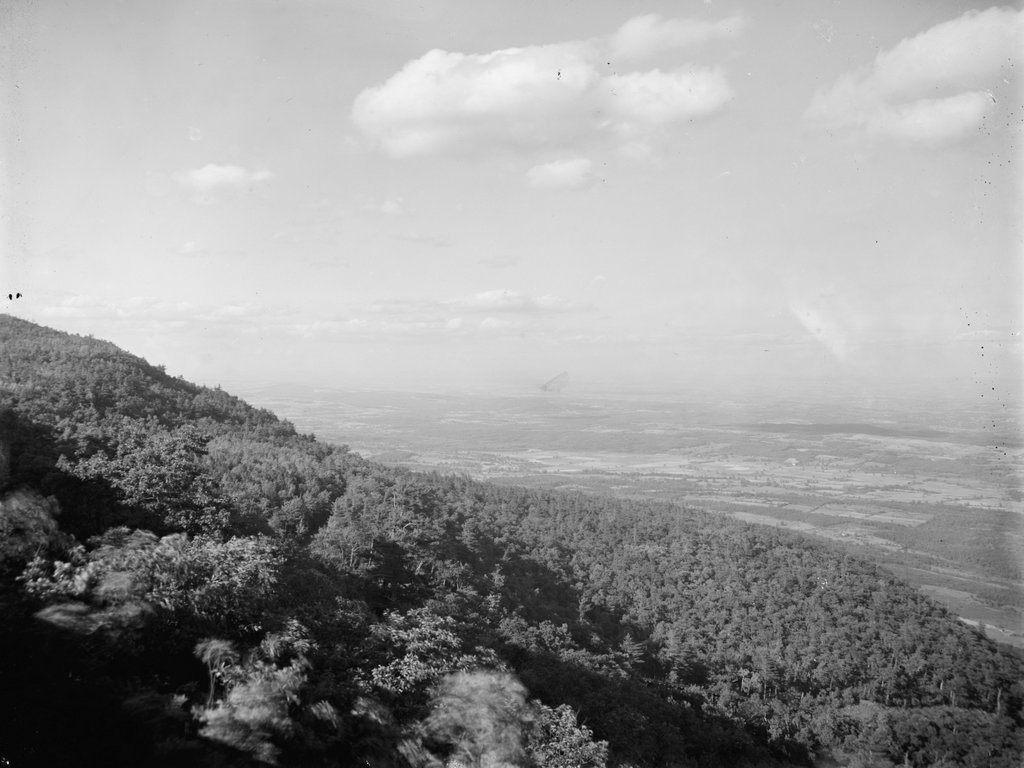 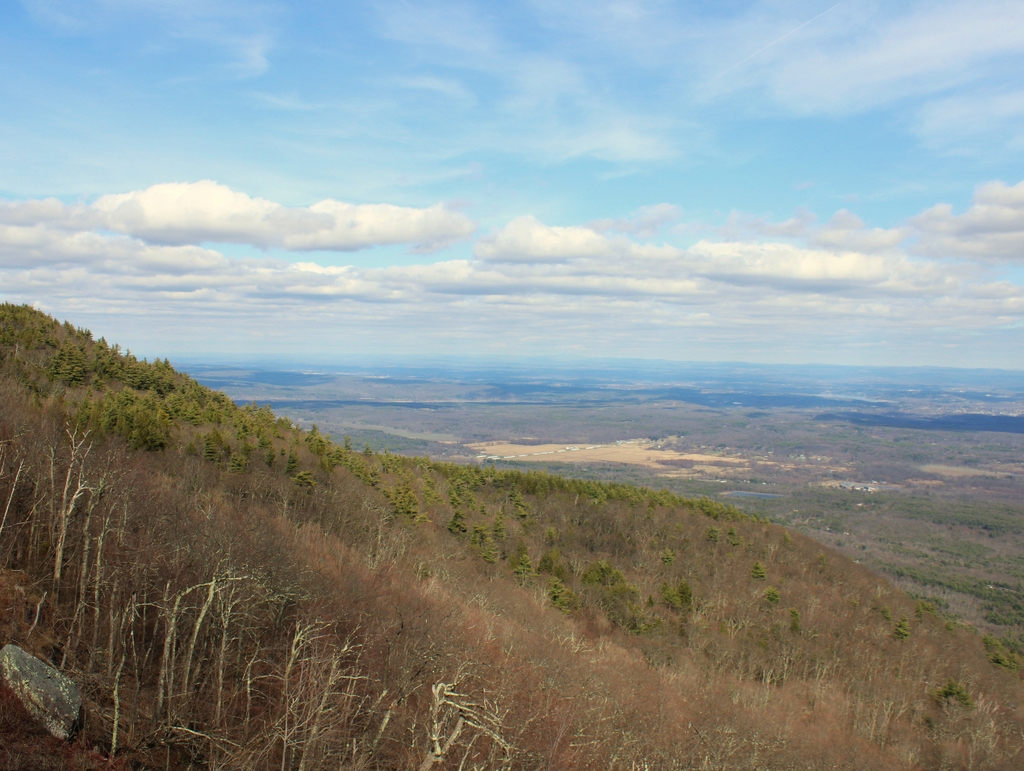 As explained in an earlier post, the Catskill Mountain House was built in 1824 on a ledge along the Catskill Escarpment. This site is located on the far eastern edge of the Catskill Mountains, about 2,200 feet above sea level. From here, the landscape drops abruptly to the east, with the Hudson River just eight miles away. As a result, this site offers dramatic views of the river valley, which is visible for many miles in either direction. Further in the distance, on the eastern edge of valley, are the Taconic Mountains, which run along the New York-Massachusetts border. Among the peaks visible in this scene is Mount Greylock, the highest point in Massachusetts, located 54 miles to the northeast of here.

This view drew visitors to the Mountain House for well over a century, and it was often declared, rather hyperbolically, to be one of the greatest views in the country. While unquestionably an impressive view, it pales in comparison to those from some of the higher peaks in the northeast, let alone the many grand views in the mountain ranges of the west. However, this site was probably the finest view that was readily accessible to the masses during the 19th century, as it was within easy reach of New York City and other large population centers.

The Catskills began to wane in popularity shortly after the turn of the 20th century, not long after the first photo was taken. In part, this was because of expanded transportation options; rather than depending on steamboats or railroads to taken them up the Hudson River to the Catskills, Americans now had the luxury of transcontinental trains, along with private automobiles that could take them to previously unreachable vacation spots. The Mountain House ultimately closed after the 1942 season, and the building steadily deteriorated for the next two decades before being deliberately burned in 1963.

Today, the site of the Mountain House looks very different, with an empty field marking the spot of what had once been the country’s finest resort hotel. However, as shown in these two photos here, the view that enticed so many visitors throughout the 19th and early 20th centuries is still largely unchanged. The Hudson River Valley is certainly much more developed than it was more than a century ago, but it is hard to tell from this view more than 1,600 feet above the valley. From this distance, modern developments like highways and suburban sprawl tend to blend in with the rest of the landscape. It is also interesting to note that there actually appears to be more forested now than in the early 1900s, reflecting changing land use patterns and a decline of large-scale agriculture here in the river valley.