The view looking east from the Catskill Mountain House, around 1902. Image courtesy of the Library of Congress, Detroit Publishing Company Collection. 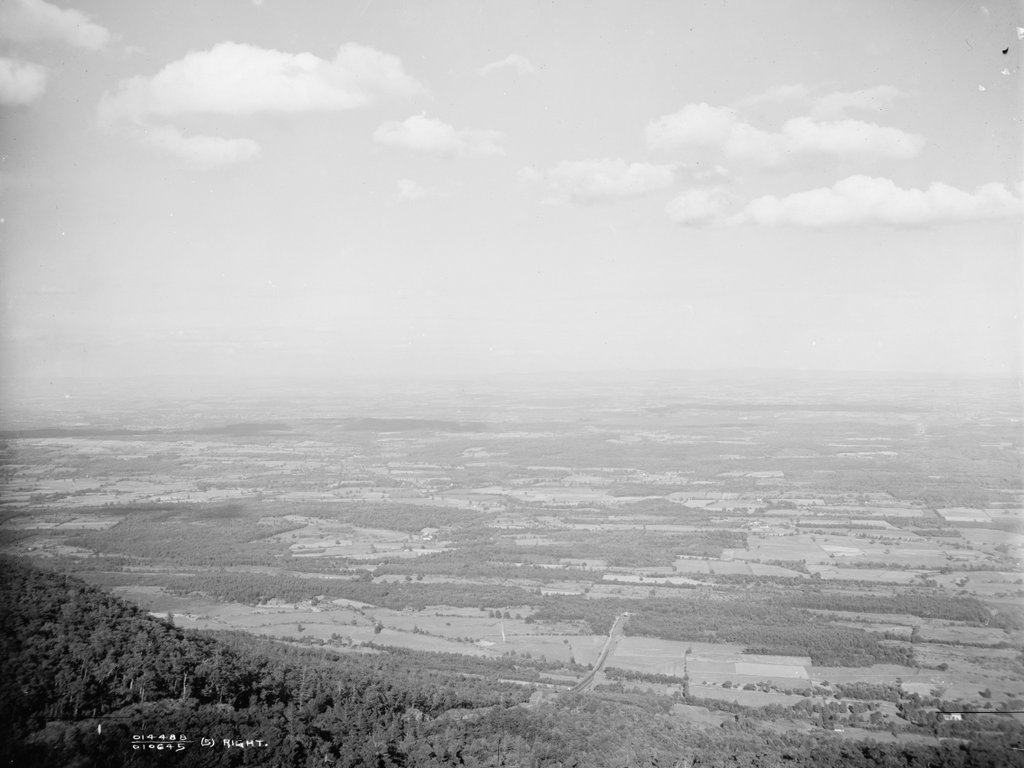 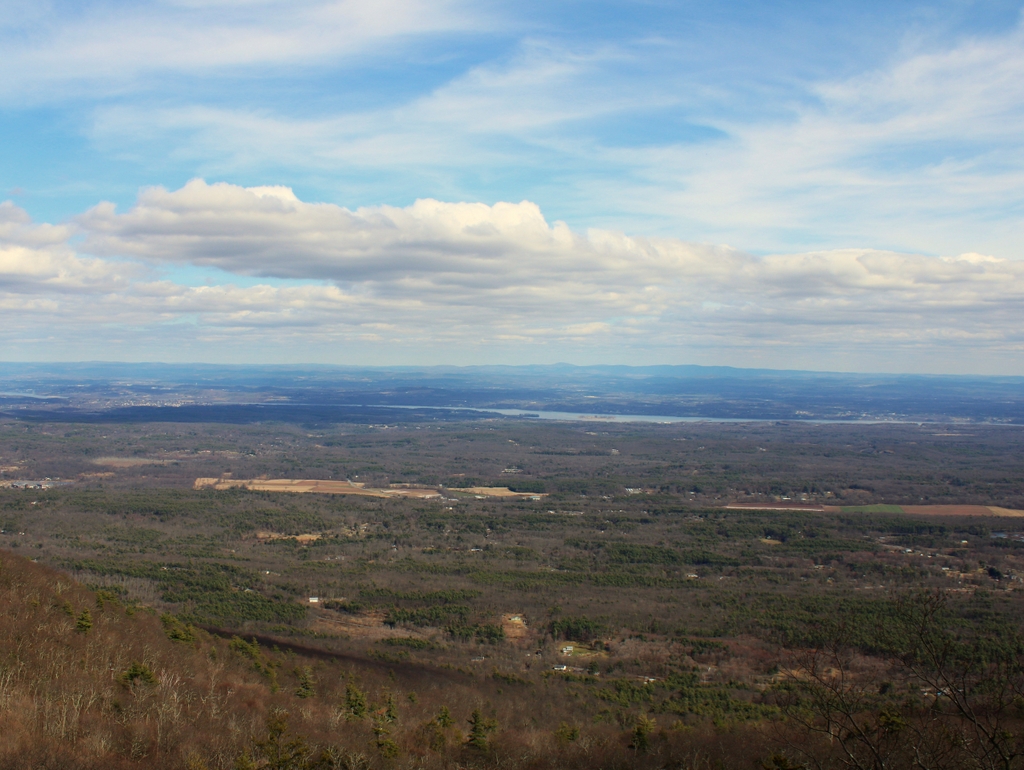 These photos were taken from the same spot as the ones in the previous post, but these are facing more to the east, directly across the Hudson River Valley. When the first photo was taken, this was the site of the Catskill Mountain House, a hotel that had been constructed here in 1824. Because of its dramatic views and easy accessibility from New York and other large cities, the hotel soon became one of the country’s most popular resort destinations. These views also helped to inspire a number of prominent artists, including Thomas Cole, the founder of the art movement that would come to be known as the Hudson River School.

Originally, most guests would have reached the Mountain House by taking a Hudson River steamboat to the village of Catskill, which is located in the distance on the far left side of these photos. From there, it was a 12-mile stagecoach ride to the Mountain House, which took about three or four hours. However, by the time the first photo was taken at the turn of the 20th century, railroads had shortened this travel time to just 40 to 50 minutes. The narrow gauge Catskill Mountain Railroad took guests to the base of the escarpment, and then the remaining portion of the journey was by way of the Otis Elevating Railway, a 1.3-mile-long funicular railroad that rose more than 1,600 feet in elevation from the valley to the Mountain House. A portion of this railroad, including the large trestle near the base of the incline, is visible in the lower center of the first photo.

For guests at the Mountain House, one of the highlights of their stay was to watch the sunrise from this vantage point. Early in the summer season, the sun rises on the extreme left side of these two photos, but as the summer progresses the sunrise location migrates steadily to the west. By mid-October the sun rises directly above Mount Everett in the center of this scene, and by the winter solstice the sunrise is on the far right side, although few 19th century visitors would have seen it, since the hotel was only open during the warmer months.

Among those inspired by the sunrise here was artist Frederic Edwin Church, a student of Thomas Cole. One of his earliest paintings, Morning, Looking East over the Hudson Valley from Catskill Mountains (1848), shows the sunrise here, with an emphasis on sunlight and clouds that would become a major characteristic of his later works. Church would subsequently travel the world for subject matter for his landscape paintings, but in the early 1870s he returned to the Catskills and built his one, Olana, on the east side of the Hudson River, opposite the village of Catskill. This house still stands as a museum, and it is barely visible in the distance of the second photo.

Today, some 120 years after the first photo was taken, the Catskill Mountain House is long gone, having been deliberately burned in 1963 after sitting vacant for more than 20 years. However, the view from here is as impressive as ever, and from this distance there are not too many major changes to the landscape. Perhaps the most significant difference is the number of trees in this scene. When the first photo was taken, there were many open fields here in the valley. However, with the decreased importance of agriculture in this region, many of these fields have now been reclaimed by trees, resulting in a landscape that is far more forested than what the 19th century guests of the Mountain House would have seen.