The Kenmore Hotel, at the corner of North Pearl and Columbia Streets in Albany, around 1900-1906. Image courtesy of the Library of Congress, Detroit Publishing Company Collection. 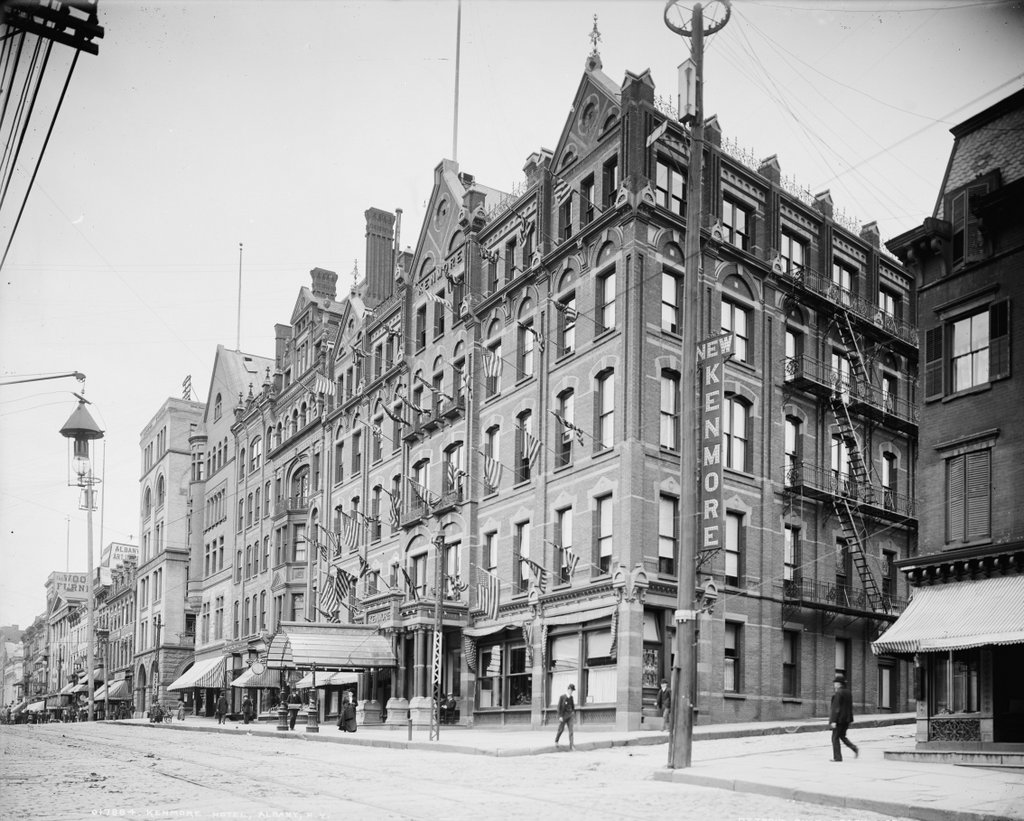 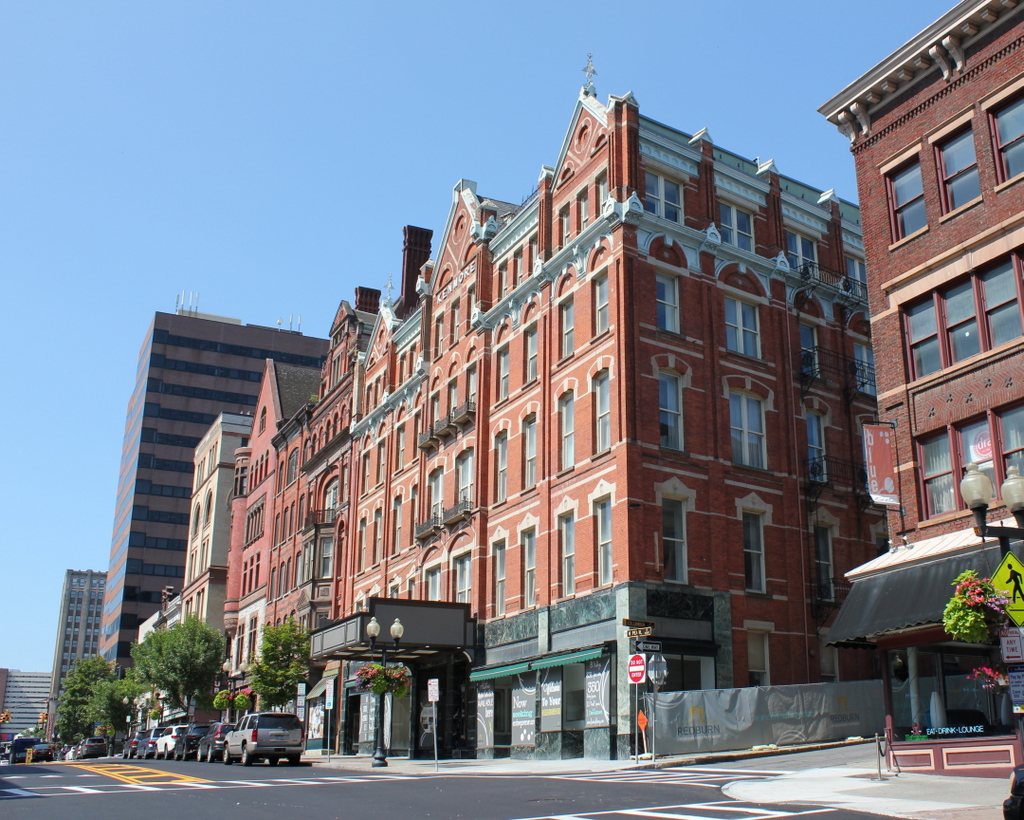 The Kenmore Hotel, shown here in these two photos, is one of the most impressive 19th century commercial buildings in Albany. It was built in 1878, with an ornate brick High Victorian Gothic-style exterior that was designed by local architect Edward Ogden and it was owned by Adam Blake, a prosperous African American hotelier.

Blake was born in 1830, and he was subsequently adopted by—and named for—Adam Blake Sr., a former slave who was a leader within the local African American community. He went on to have a successful career in the restaurant and hotel industries, eventually becoming the owner of the Congress Hall hotel. This hotel was ultimately demolished to make way for the new state capitol building, but Blake received $190,000 for it—equivalent to over $5 million today—and he used the money to build the Kenmore Hotel here on North Pearl Street.

The hotel featured the latest in modern conveniences, with an 1880 advertisement declaring that it had an “Elevator, along with all modern appliances for Elegance and Comfort” and “Hot and Cold Water, Steam Heaters, and Telephone, connecting with office, in each room.” The latter was a particularly remarkable innovation, as Alexander Graham Bell had developed the first telephone in 1876, and within just four years every room in this hotel was equipped with one.

Blake ultimately did not get to enjoy his new hotel for very long, though, because he died in 1881 at the age of 51. However, he left behind a substantial estate of over $100,000, or more than $2.6 million today, and his widow Catherine carried on the hotel business for several more years before selling it in 1887.

During this time, the hotel was a popular gathering place for state politicians, who worked just up the hill from here at the state capitol. These included 25-year-old Theodore Roosevelt, who was at the time an assemblyman from New York City. In 1883, he made the hotel his base of operations during his bid to become speaker of the State Assembly. He ended up losing in the Republican caucus to Titus Sheard, although in the long run this defeat did not seem to have hurt his political career.

Around the turn of the 20th century, Robert P. Murphy acquired the hotel, renovated it, and rebranded it as the New Kenmore. The first photo was taken around this time, and the building displays a vertical “New Kenmore” sign on the right side. The photo also shows some of the other nearby commercial buildings on North Pearl Street, which were built around the same time as the Kenmore. These include the YMCA Building, visible in the distance with the gabled roof and rounded turret at the corner of Steuben Street. It was built in 1886, and in 1892 it was the site of one of the first basketball games. The sport had been invented only a month earlier at the YMCA Training School in Springfield, Massachusetts, and this game in Albany was the first to be played outside of Springfield.

Robert Murphy sold the hotel in 1906 and opened a new hotel in New York, but he returned to Albany in 1916 and ran the Kenmore until his death in 1921. His sons Harry, Robert, and Augustus then carried on the business for many years, and it was during this time that the hotel became well known as the site of the Rain-Bo Room nightclub. The club featured live performances by prominent entertainers of the Roaring Twenties and beyond, including Duke Ellington and Frank Sinatra, and one of its regular guests was the famous mobster Jack “Legs” Diamond.

The Rain-Bo Room closed in 1947, and in 1986 the building was converted into offices. The building is now undergoing another renovation, as shown in the 2019 photo. Upon completion, the building will feature 93 apartments, along with retail space on the ground floor, and there is also a proposal to reopen the Rain-Bo Room. Overall, despite the changes in use over the years, the Kenmore has remained very well-preserved, with few significant changes since the first photo was taken. The neighboring buildings further to the left are also still standing, and they are now part of the Downtown Albany Historic District, which was added to the National Register of Historic Places in 1980.