The Mercantile Library at the corner of Fifth Street and Library Street in Philadelphia, in December 1858. Image courtesy of the Library Company of Philadelphia, Frederick De Bourg Richards Photograph Collection. 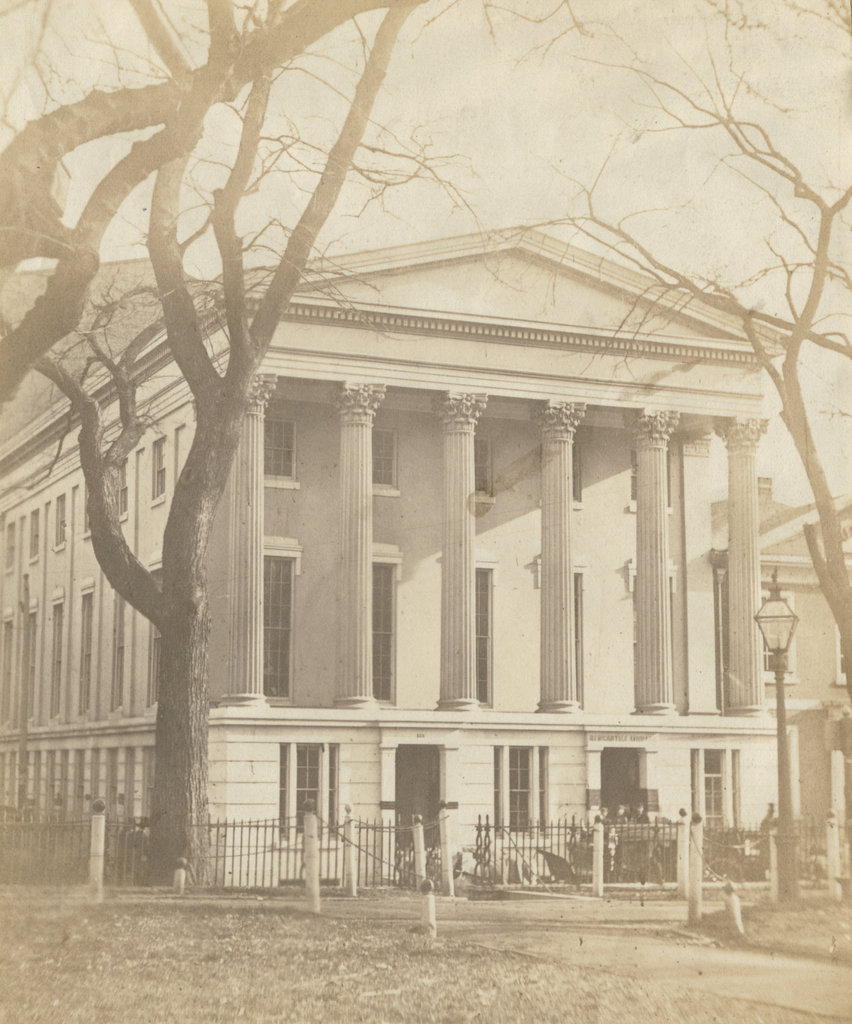 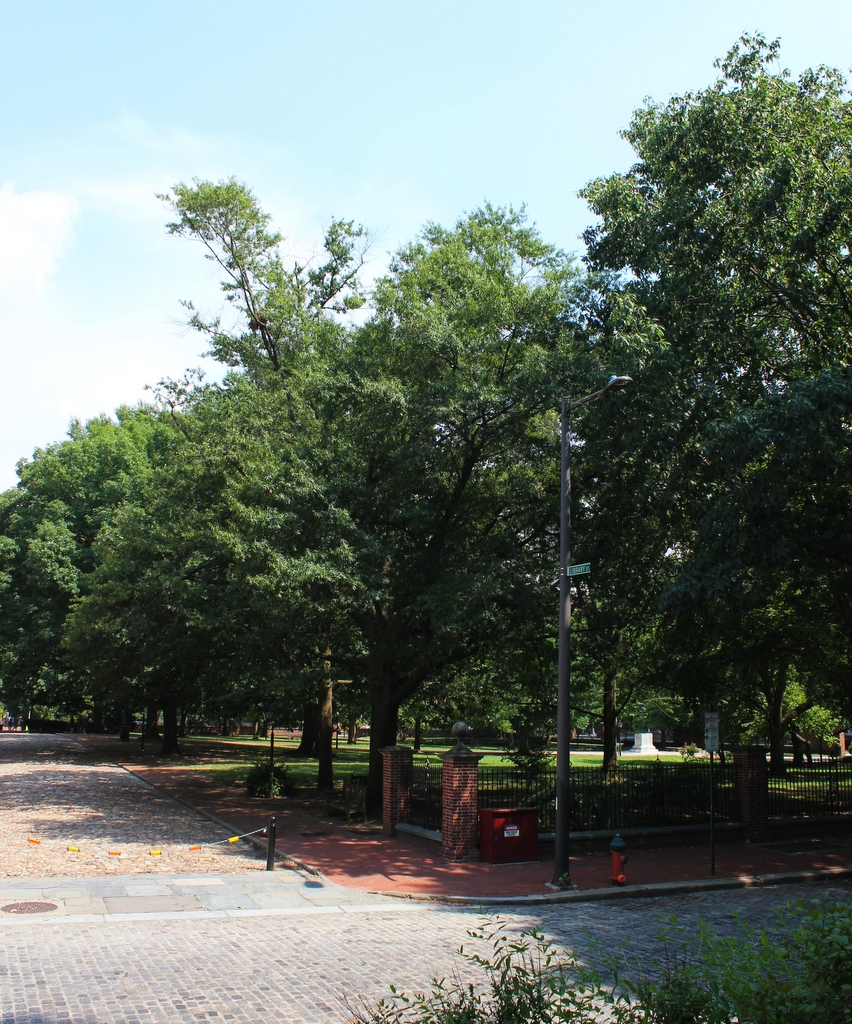 Prior to the second half of the 19th century, public libraries were essentially nonexistent in the United States. Instead, most cities had library organizations that were open to subscribing members. Among the first of these was the Library Company of Philadelphia, which was established by Benjamin Franklin in 1731, but by the early 19th century Philadelphia had several other libraries, including the Mercantile Library. It was established in 1821, and it was originally intended to serve primarily merchants and merchants’ clerks. However, its membership eventually expanded beyond the mercantile industry, and it became a popular library among the general public.

The library was housed in a series of different locations during its early years, but in 1845 this building was completed here at the corner of Fifth and Library Streets. It was designed by prominent Philadelphia architect William L. Johnston, and it featured a Greek Revival exterior, including a columned portico here on the Fifth Street side of the building. The building was dedicated on September 6, 1845, with a ceremony that included a keynote speech by Congressman Joseph Reed Ingersoll, who would later become the United States Minister to Great Britain.

The first photo shows the building a little over a decade later, in 1858. By this point the library had around two thousand members, and around 20,000 books in its collection. Its most popular items were novels, which accounted for 60 percent of the books checked out in 1858. As described in the 1884 History of Philadelphia, the library focused on developing its collection of novels, as the librarians saw it as “their duty to gratify popular tastes, taking care, however, not to furnish material for abnormal or morbid appetites.” Because of this, the novels were carefully curated, to avoid any “immoral or pernicious works” in the library.

By 1868 the library had grown to a membership of 6,387, and a total of 52,000 books. The following year, the library sold this building and relocated to a new facility on Tenth Street. It continued to prosper throughout much of the 19th century, but then in 1894 the Free Library of Philadelphia opened, which provided a free alternative to subscription libraries. The Mercantile Library was ultimately absorbed into the public library system, with its Tenth Street location becoming a branch library.

In the meantime, the old building here on Fifth Street was converted into offices. By the early 1870s it was owned by Horatio N. Burroughs, and it became known as the Burroughs Building. It was ultimately demolished around 1925, and this site is now open parkland as part of the Independence National Historical Park.