The view looking west from the corner of Main & King Streets in Northampton, around 1907. Image courtesy of the Library of Congress, Detroit Publishing Company Collection. 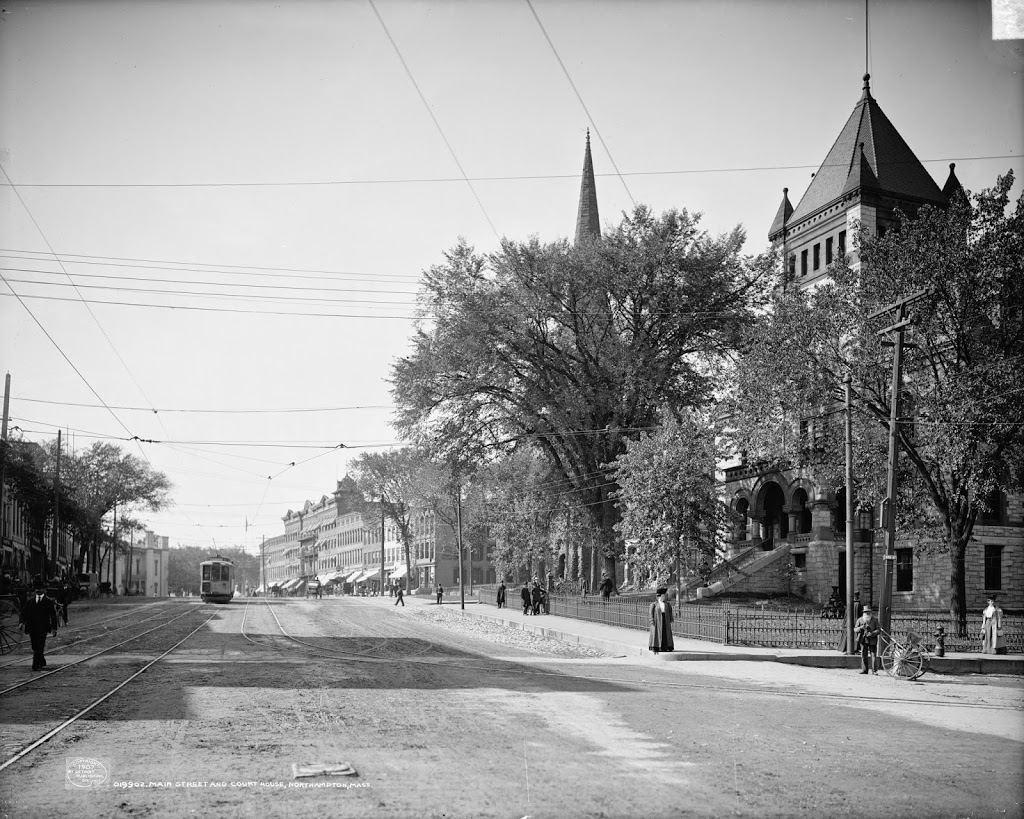 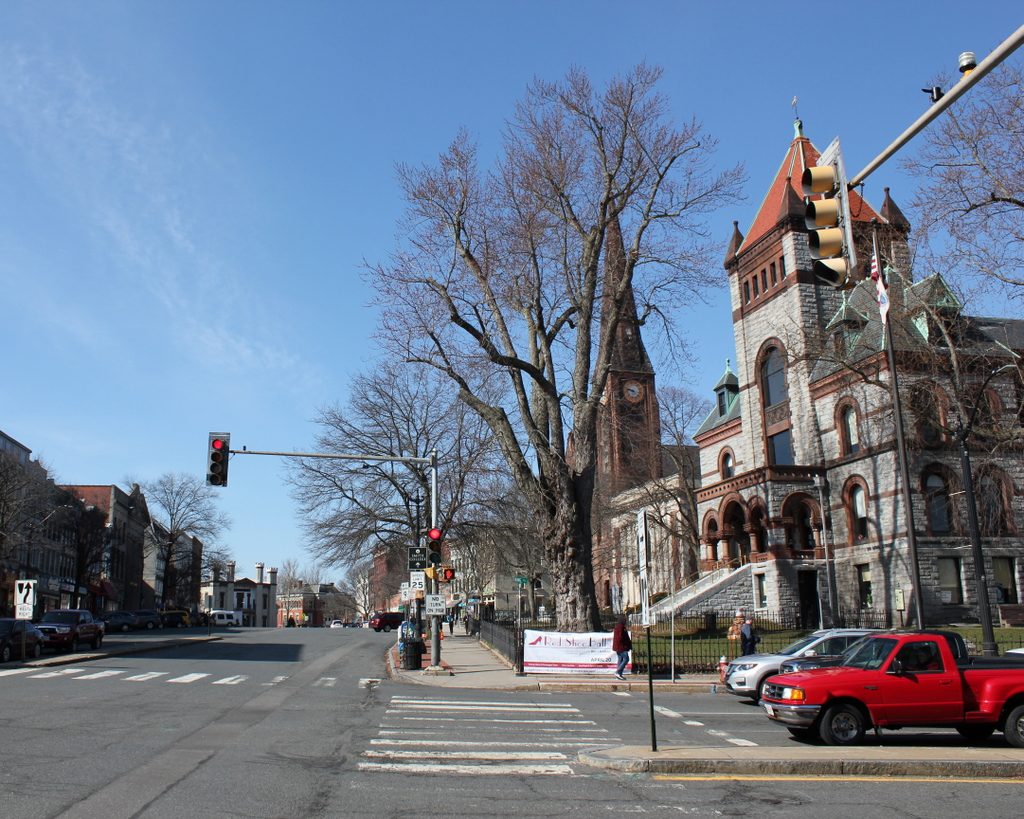 Taken around the same time as this photo, from the opposite end of Main Street, not a whole lot has changed with the buildings.  However, just about everything else has – the busy intersection no longer has trolley tracks, but has plenty of cars, along with pedestrians and protesters outside the courthouse (left).  As previously mentioned, these photos were taken around the time that Calvin Coolidge was beginning his political career; he would’ve seen this view daily as he walked the half a block from his law office to the courthouse.