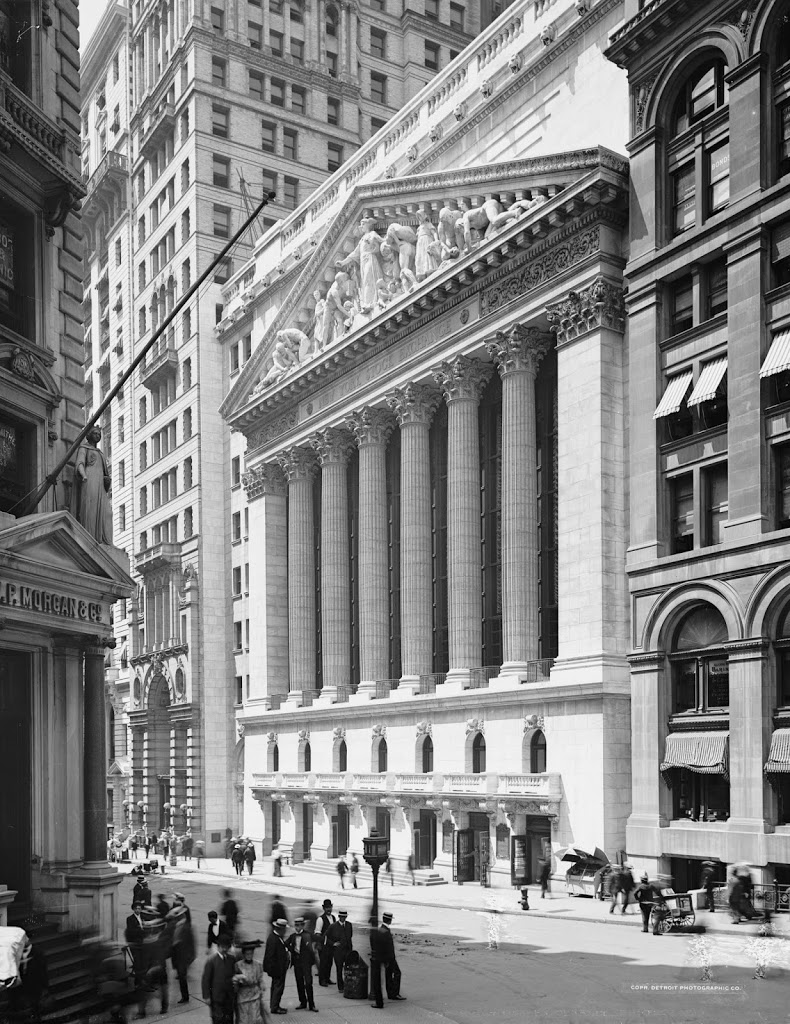 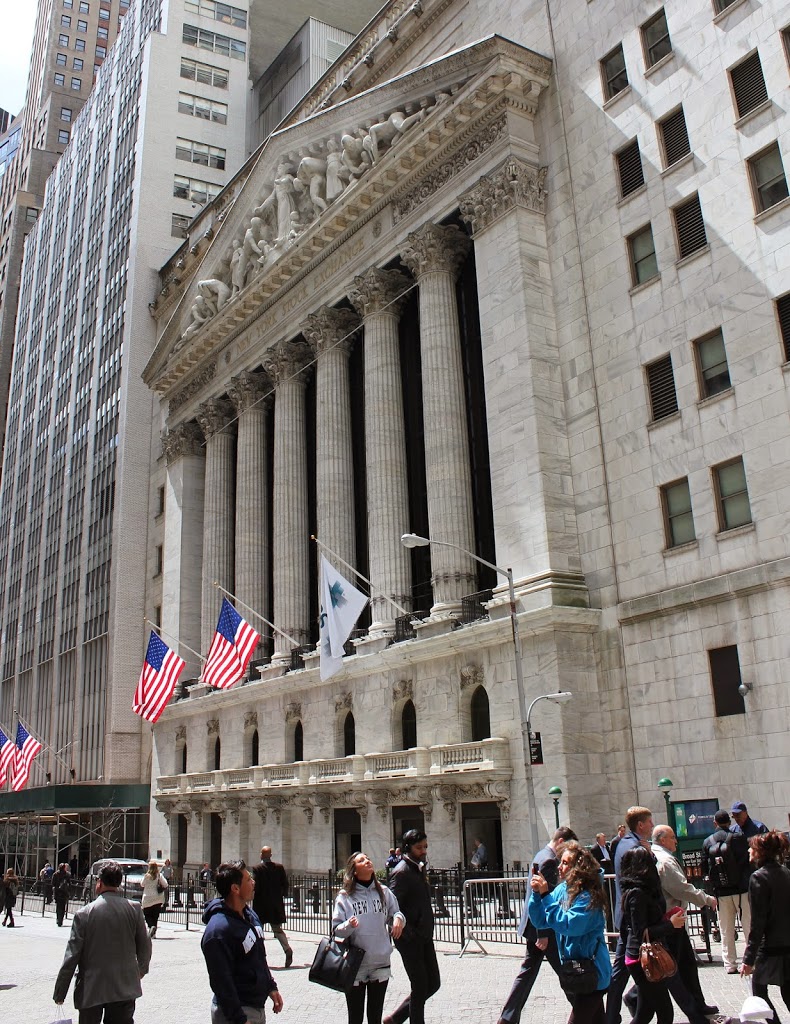 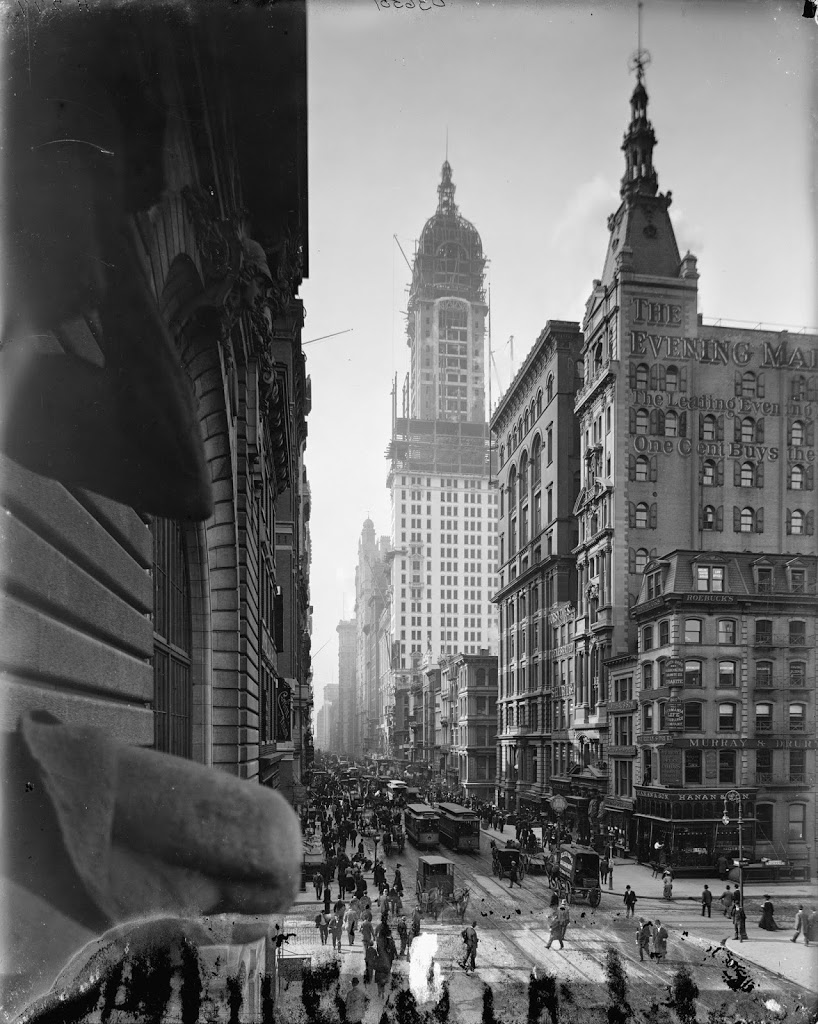 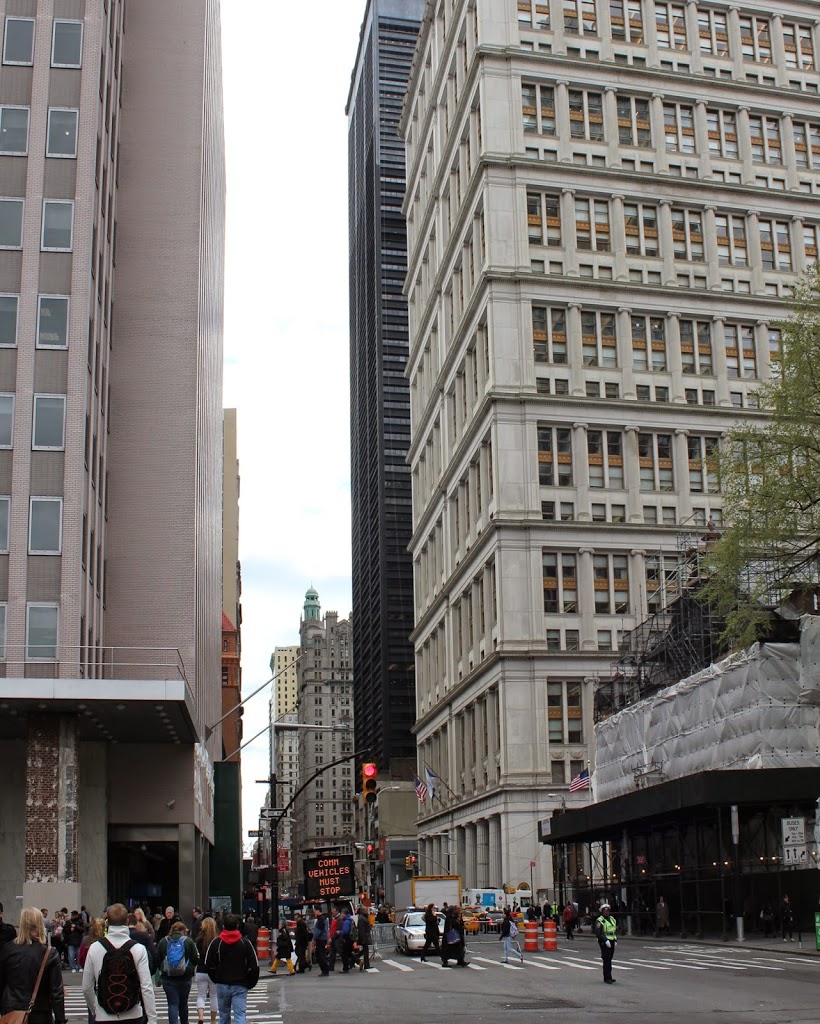 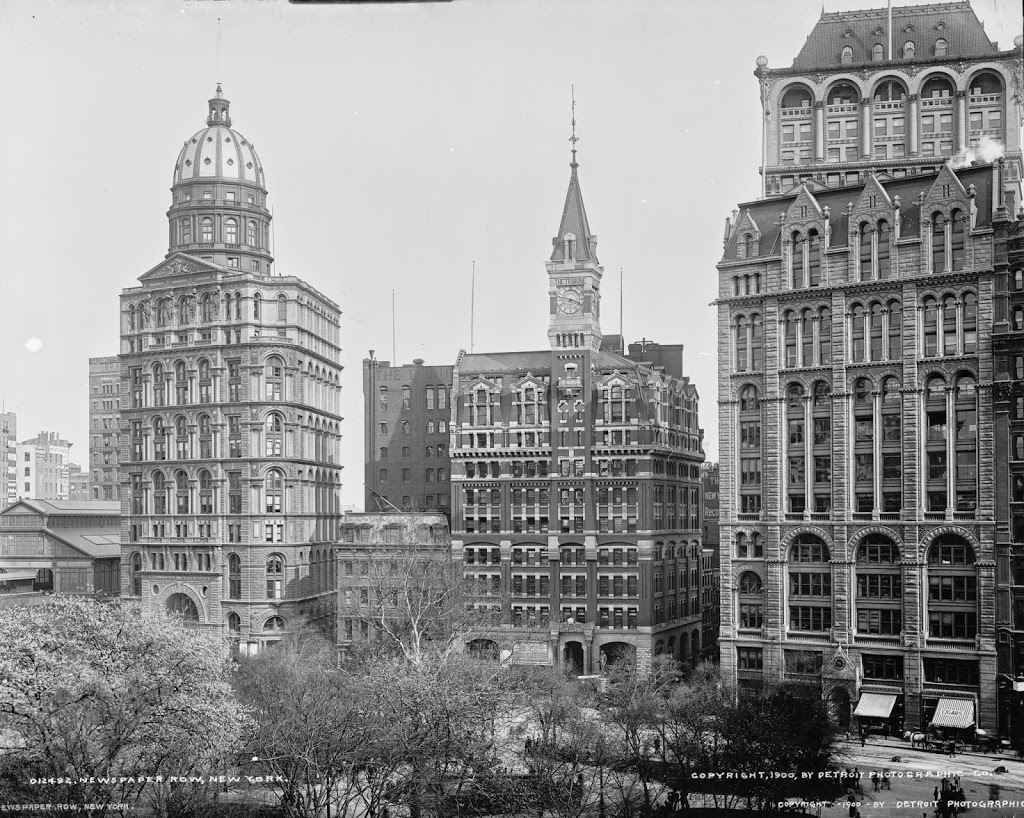 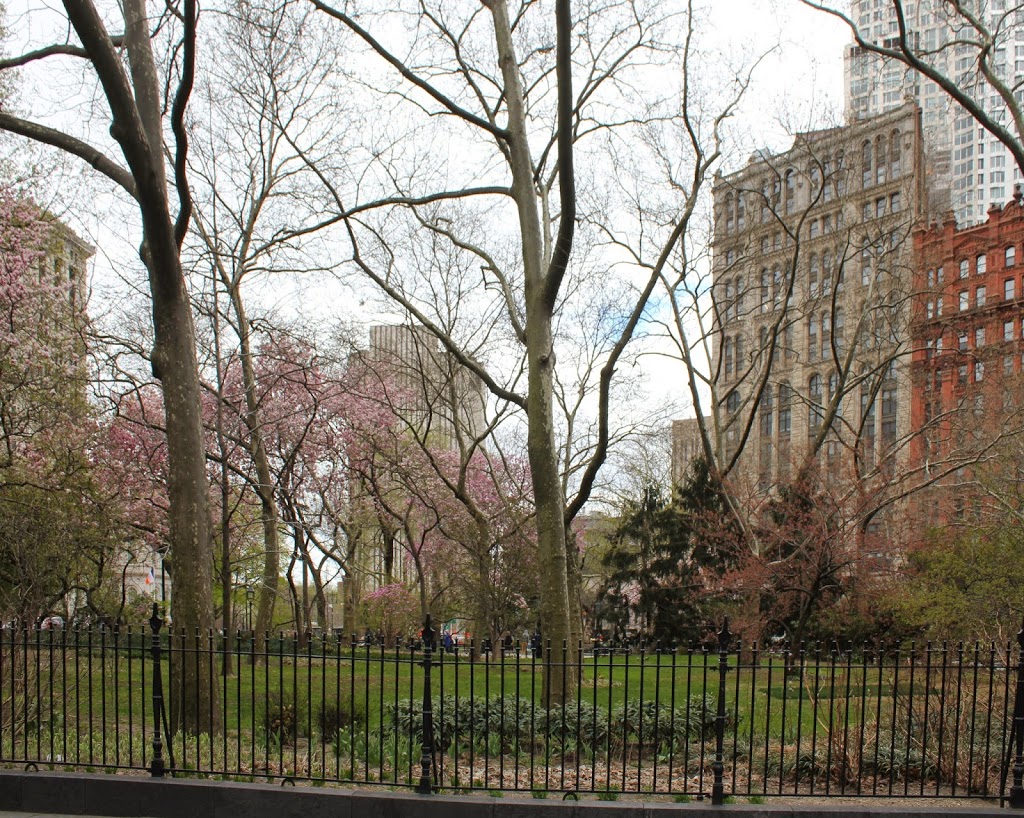 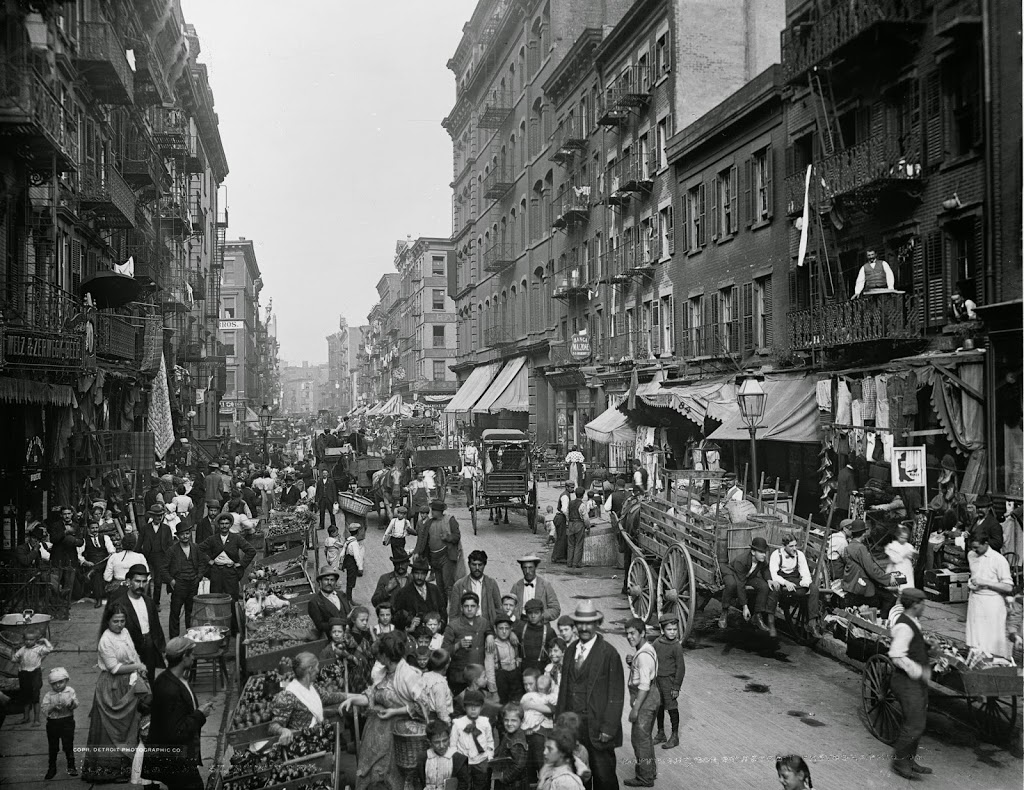 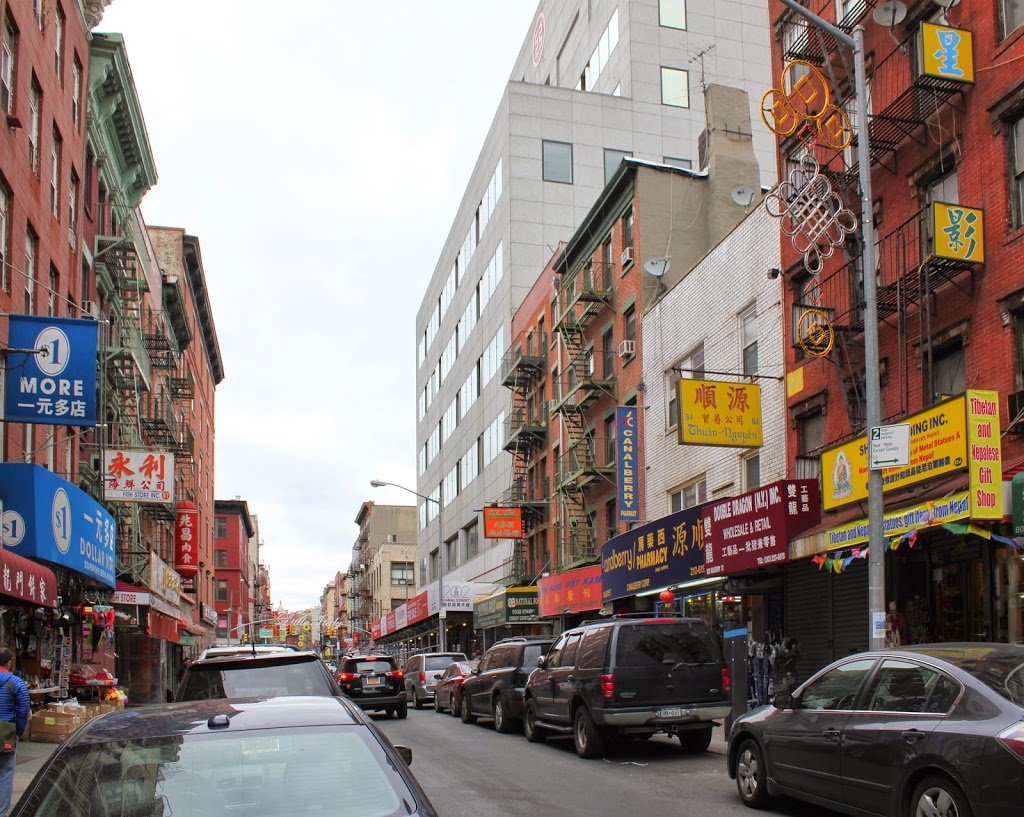 The view looking down Doyers Street from Pell Street, around 1900. Image courtesy of the Library of Congress, Detroit Publishing Company Collection. 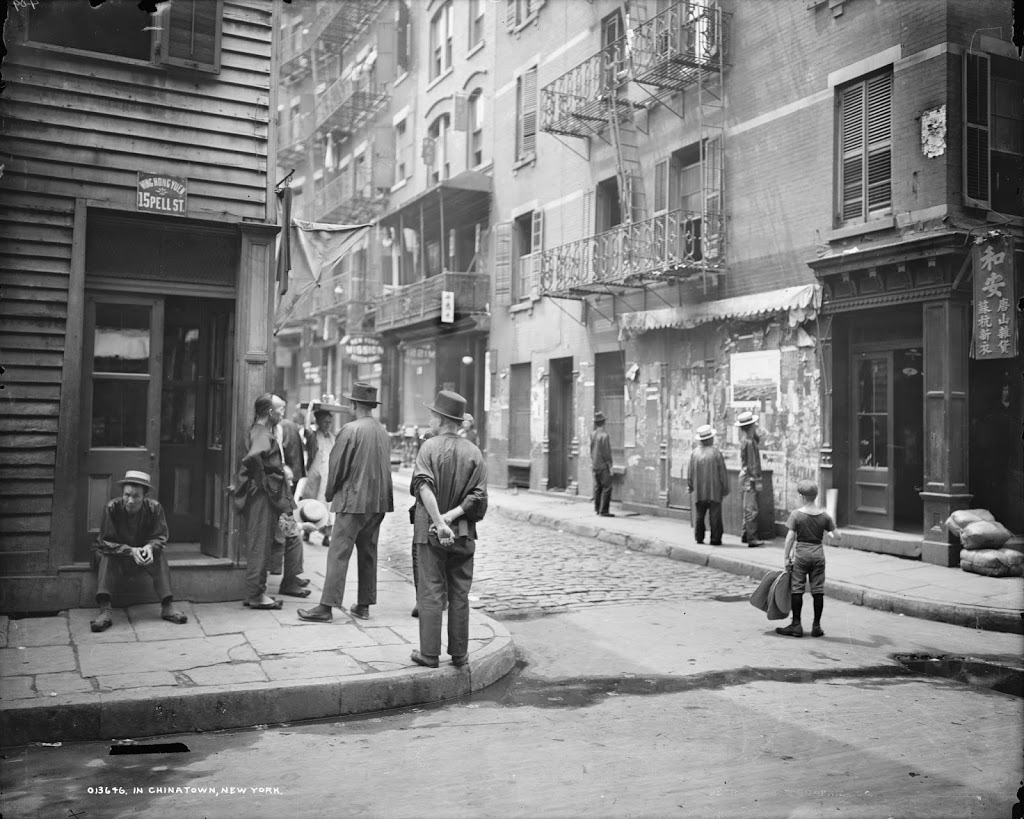 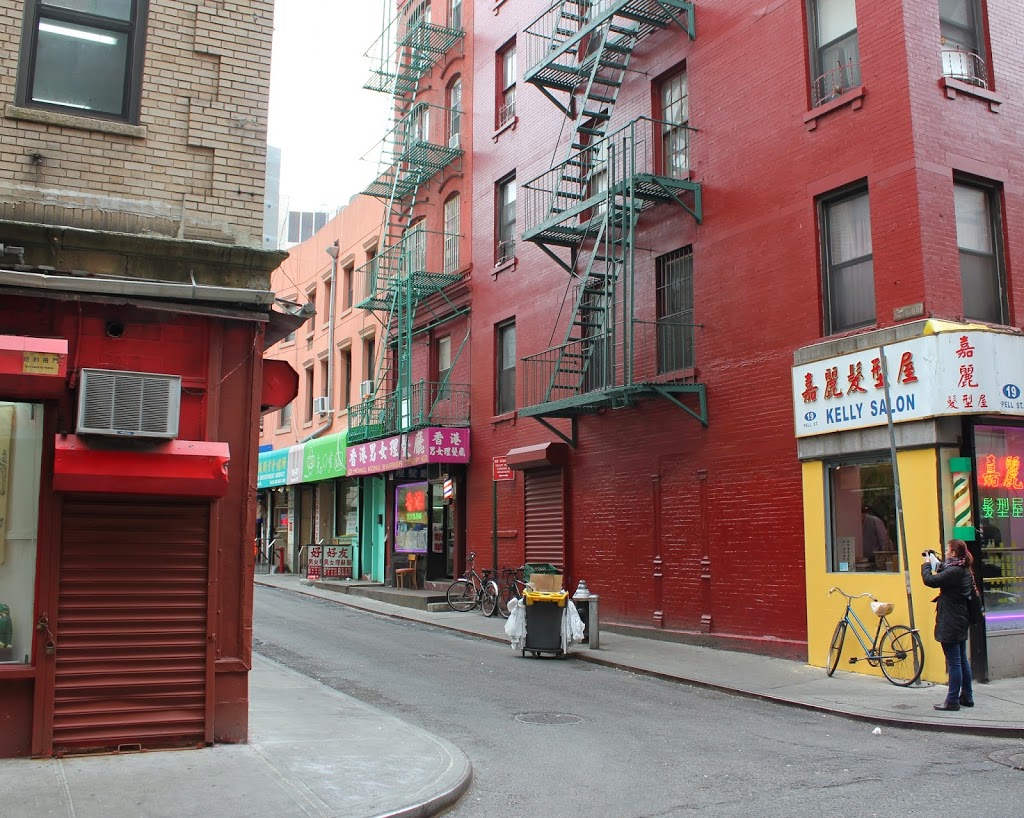 These photos show the other end of Doyers Street, 200 feet from this photo, along the narrow, winding street.  Over a century later, it is still at the heart of Chinatown, and even many of the buildings are still there, including the two on the right-hand side of the photo.  The building on the left of the 1900 photo, though, is gone, along with most other wood-frame buildings in Manhattan. 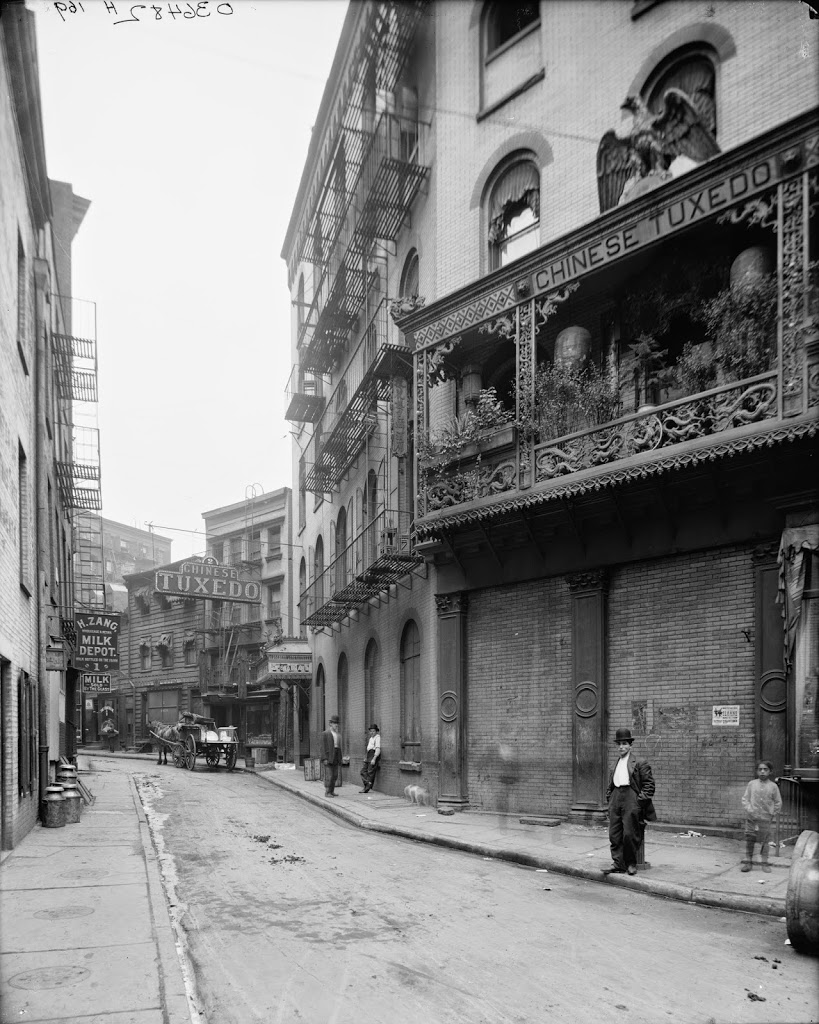 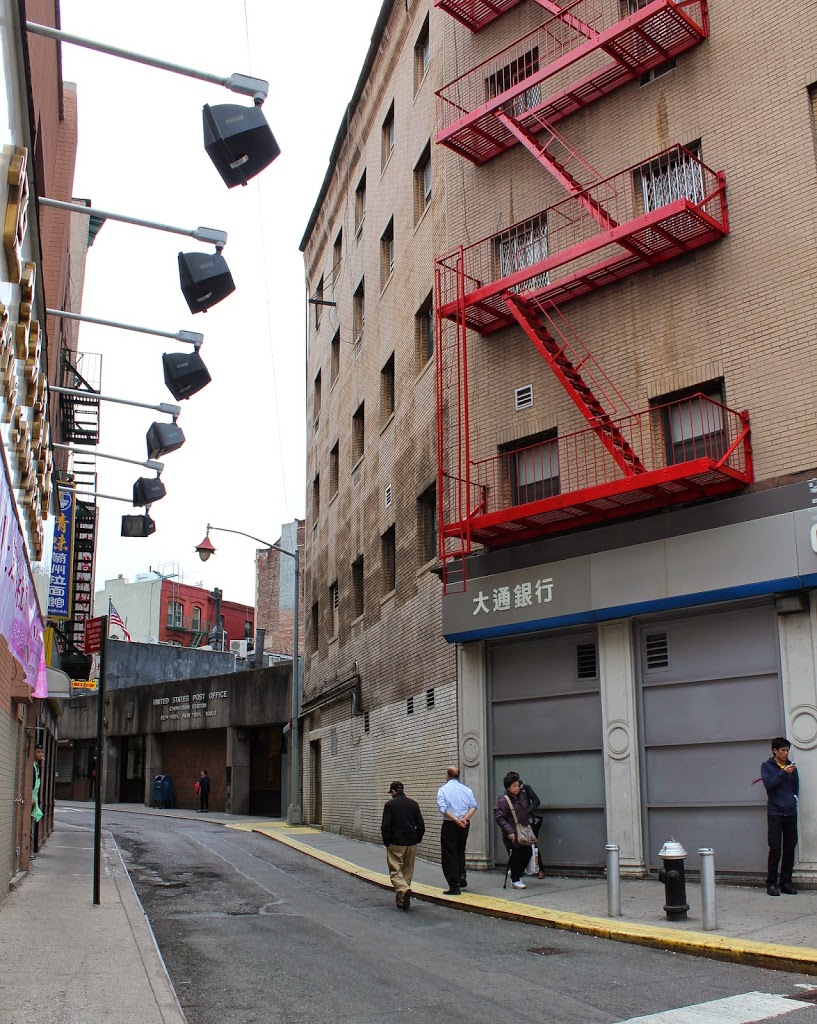