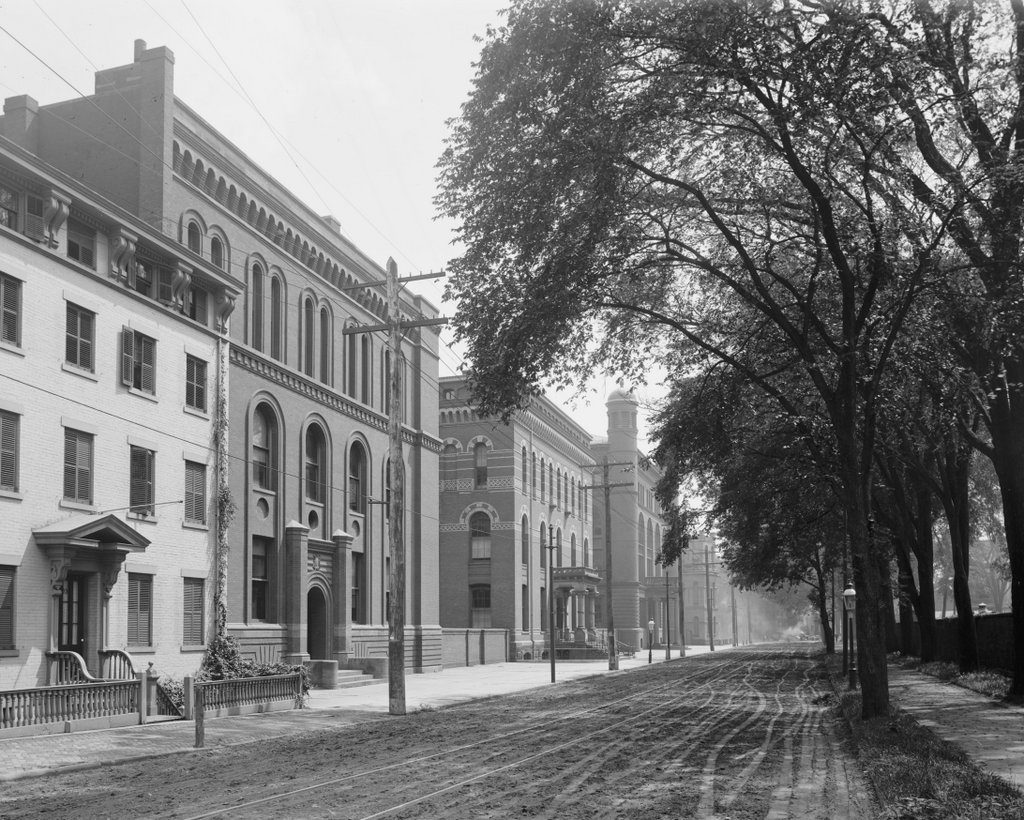 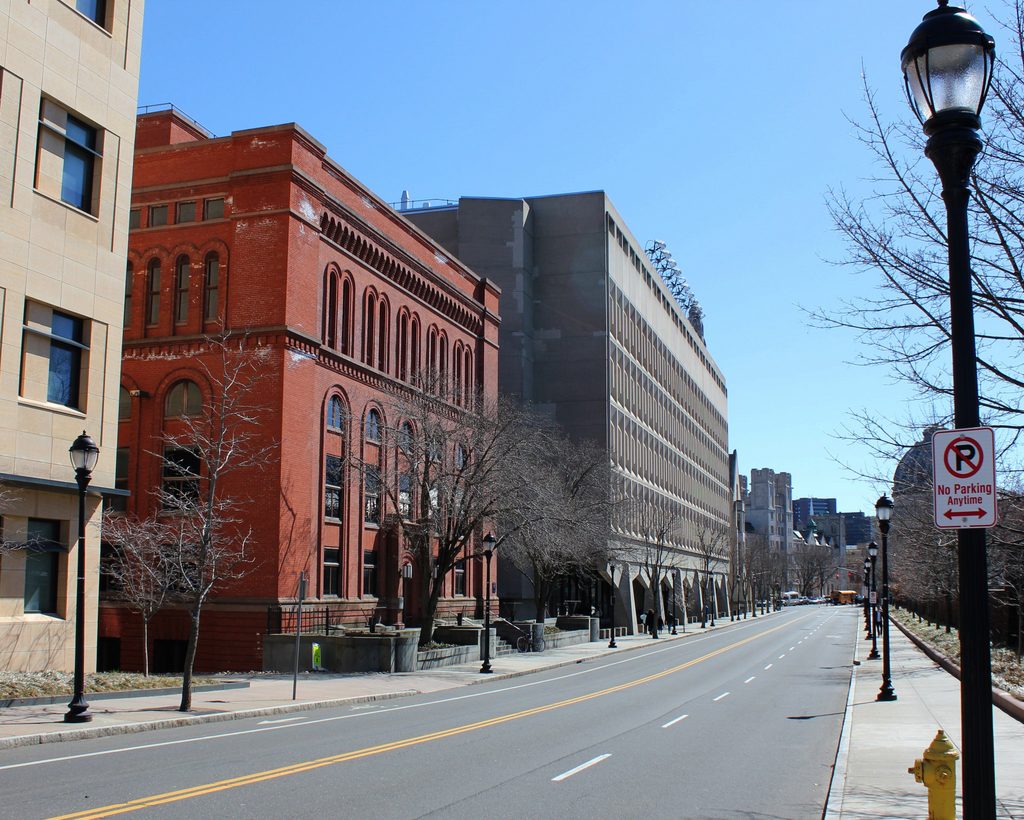 The original Dwight Hall, on the campus of Yale University in New Haven, around 1900-1911. Image courtesy of the Library of Congress, Detroit Publishing Company Collection. 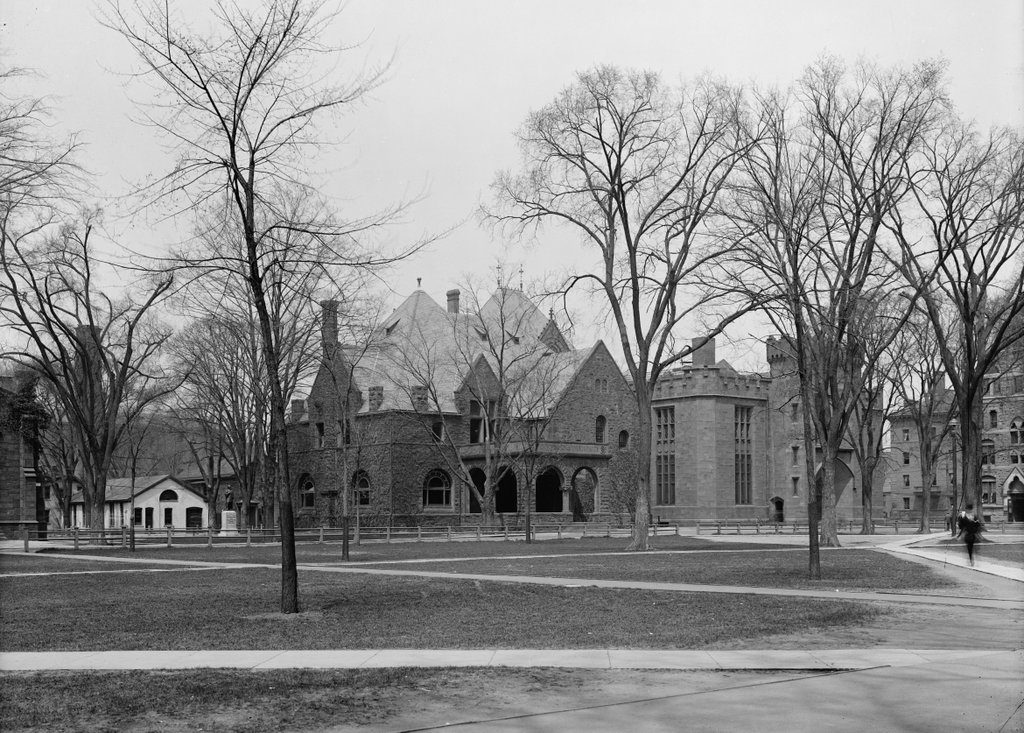 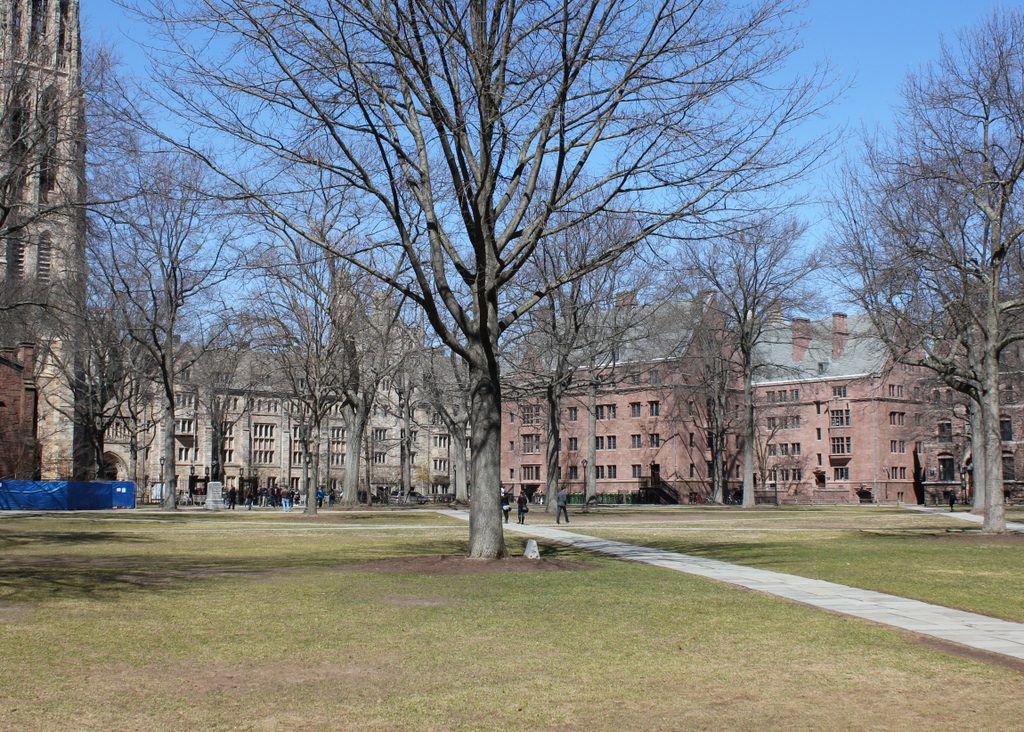 The first photo shows the view from across the quadrangle at the Old Campus of Yale University. Several buildings are visible, including Durfee Hall on the far right and Alumni Hall just to the left of it, but the most prominent is the old Dwight Hall, which is in the center of the scene. This brownstone building was completed in 1886, and it was designed by noted architect J. Cleaveland Cady, whose other New Haven works include the historic Othniel C. Marsh House. It was built to house the Yale chapter of the YMCA, along with other religiously-affiliated campus groups, and it was named for Timothy Dwight IV, who served as president of Yale from 1795 to 1817. He was also the grandson of Timothy Dwight V, who became president of Yale in the same year that Dwight Hall was completed.

Appletons’ Annual Cyclopaedia of 1886, which was published in 1888, provides the following description of the building:

It is of brown-stone, irregular in shape, and two and a half stories high. The entrance is through an elaborate portico on the side of the building toward the campus, and on the opposite side is a large round tower with conical roof. The hall contains on the first floor a reception-room, finished in oak, which is also used as a reading-room, and four large rooms for class prayer-meetings, furnished respectively in butternut, walnut, oak, and cherry, with leather-upholstered furniture, and large fireplaces. On the second floor is a large hall for lectures, containing a valuable pipe-organ, and a library-room; and on the third floor are rooms for the curator of the building.

The organization came to be known as Dwight Hall at Yale, and it eventually came to include a wide variety of both faith-based and secular charities, advocacy groups, and other service-based campus groups. However, it was only headquartered here in its namesake building until 1926, when it was demolished to provide an unobstructed view of the new Harkness Tower, which is visible on the left side of the present-day scene. This was done in accordance with the wishes of Anna M. Harkness, who had donated the tower to the school, and it resulted in a large gap on the west side of the Old Campus quadrangle, as seen in the 2018 photo. Following the demolition, the Dwight Hall organization moved into the old library building, which is barely visible on the extreme left side of the scene. The building was subsequently renamed Dwight Hall, and today it continues to house the variety of groups that comprise the Dwight Hall at Yale organization.