The house at the corner of Harrington Road and Bedford Street in Lexington, around 1896-1901. Image courtesy of the Library of Congress, Detroit Publishing Company Collection. 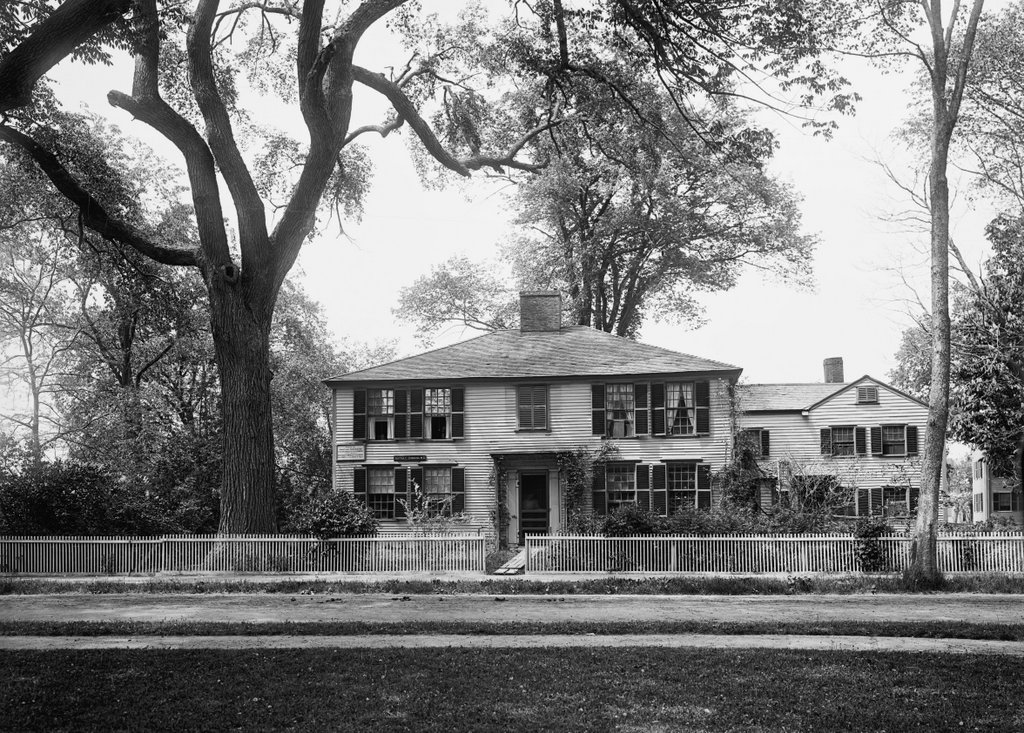 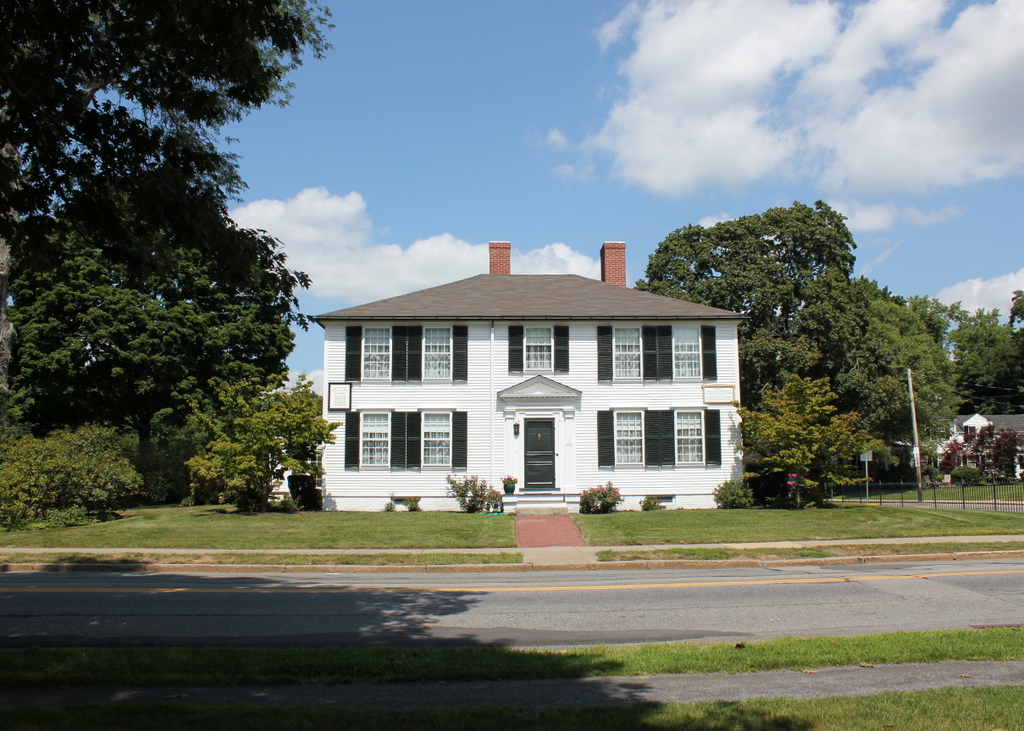 This house was built sometime around the first half of the 18th century, although it has been altered over the years. It stands at the northern end of the triangular Lexington Common, and it is most famous for having been the home of Jonathan Harrington, one of the eight Lexington militiamen who were killed in the opening shots of the American Revolution on April 19, 1775.

At the time of the battle, Harrington was about 30 years old, and lived here in this house with his wife Ruth and their son Jonathan. Just after dawn on April 19, Harrington and about 80 other militiamen assembled on the Common, less than a hundred yards directly in front of his house. Here, they confronted a much larger force of British redcoats who were on their way to Concord to seize supplies of colonial munitions. A standoff ensued until someone fired a shot on or near the Common, resulting in both sides opening fire.

The ensuing skirmish marked the beginning of the American Revolution, although it was largely one-sided. It failed to stop the British advance, and only one redcoat was wounded, compared to eight dead militiamen and ten who were wounded. Of the fatalities, Jonathan Harrington is perhaps the best-known. According to tradition, he was mortally wounded during the battle, but he managed to crawl back here to his house, where he died in his wife’s arms on the doorstep.

Subsequent owners of this house included John Augustus, a shoemaker who lived here during the 1820s. He eventually moved to Boston in 1827, where he continued his career as a shoemaker. However, he is remembered today for his role in criminal justice reform when, in 1841, he began bailing criminals out of jail and taking them under his care, including finding employment for them. This eventually led to the establishment of probation as an alternative to incarceration in Boston, and the practice later spread throughout the state and the rest of the country.

Later in the 19th century, the house was owned by James Gould, and it remained in his family until at least the early 1890s. By the end of the decade, though, it was owned by Dr. Bertha C. Downing, a physician who had her practice here in the house. A native of Kennebunkport, Maine, Dr. Downing attended public school in Boston before graduating from Radcliffe College and the Woman’s Medical College of Pennsylvania. The 1899 town directory shows her living in this house, and her office hours were listed as being from 2 p.m. to 5 p.m. The first photo was taken at some point during her time here, as the sign above the two front windows on the left has her name on it.

Dr. Downing moved out of here by 1902, and in 1910 the house underwent a major renovation that ostensibly “restored” it to its colonial-era appearance. The owner at the time was Leroy S. Brown, and he hired local architect Willard D. Brown (evidently no close relation) for the project. Part of the work involved removing the wing on the right side of the house, which does not appear to have been original anyway, along with the replacement of the large central chimney with two smaller ones. Other less significant changes included the addition of a pediment above the front door, as shown in the present-day scene.

In retrospect, this restoration probably did more harm to the historic character of the house than if it had simply been left alone, but it did help to ensure its long-term preservation. Today, despite the early 20th century alterations, the house still stands as an important landmark in the center of Lexington. It is one of several surviving buildings on the Common that date back to the famous battle, and the house features two signs that attest to its historic significance. The one on the right tells the story of Jonathan Harrington’s death, while the one on the left identifies the building as having been the home of John Augustus.