The house at 124 East Street in Windsor, around 1935-1942. Image courtesy of the Connecticut State Library. 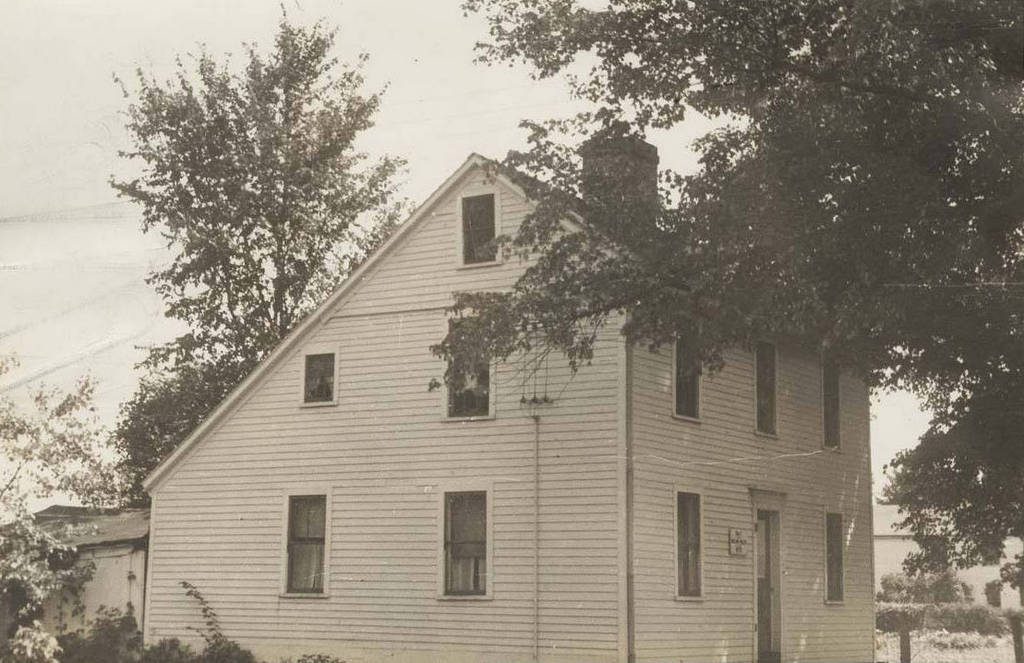 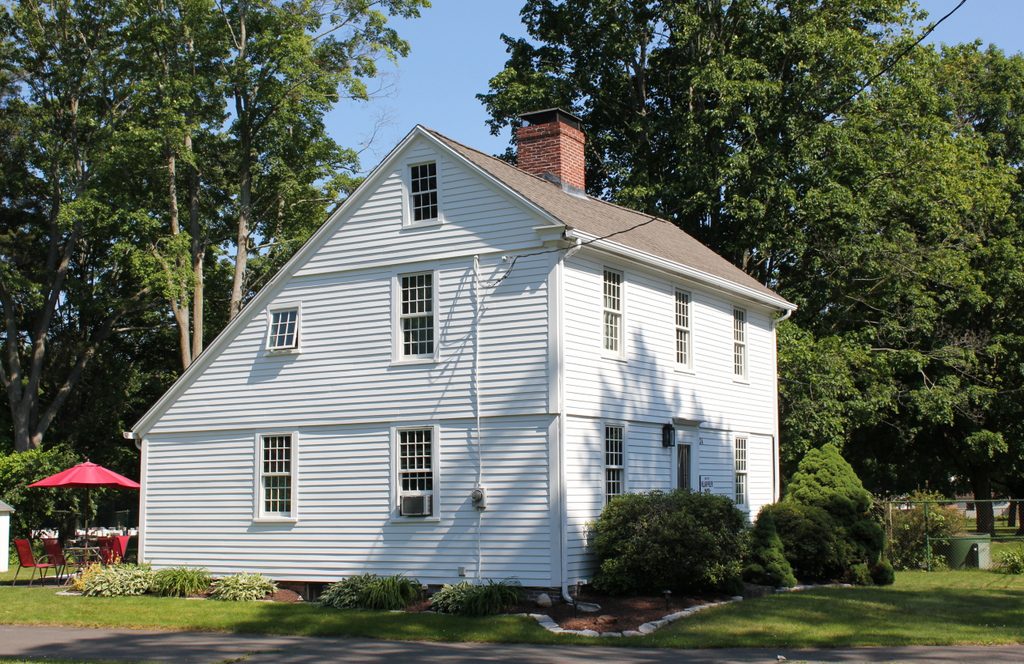 According to local tradition, this house was built in 1670 for William Phelps, Jr., the son of one of Windsor’s founders. As a boy, the younger William had immigrated to the American colonies in 1630 along with his father, settling first in Dorchester, Massachusetts, before moving to Windsor. The elder William built a house here on East Street along the banks of the Farmington River, and, according to some accounts, William, Jr. later built this house nearby.

If accurate, the 1670 date would make this house among the oldest homes not just in Windsor, but in all of Connecticut as well. However, there seems to be significant doubt as to the accuracy of this date. The saltbox-style design of the house did not become common until the first half of the 18th century, long after William Phelps’s death, and there is little in the home’s exterior appearance to suggest that it is from the 17th century. The documentation that accompanied the first photo, done as part of the WPA Architectural Survey of historic homes in Connecticut, indicates that the house was probably built after 1700, and it identifies the first owner as William Griswold, while also stating that it was known as the Mather House.

The subsequent history of this house seems equally uncertain. The 1798 map of the town shows two houses on this section of East Street, which were owned by Daniel and Roger Phelps, and the 1855 county map also shows members of the Phelps family living here. However, in the absence of street numbers, it is difficult to pinpoint which present-day house was owned by which person. By 1869, though, the house was owned by Hiram Buckland, a farmer who also owned a neighboring house to the right. The other house, which has since been demolished, seems to have been the larger of the two, and was probably Buckland’s actual residence.

After Buckland’s death in 1887, the property was purchased by H. Sidney Hayden, a prominent landowner and philanthropist. He, in turn, sold the property to the town of Windsor for a nominal fee, to establish a poor farm for the town’s indigent residents. This house, while located on the property, does not appear to have been part of the poor farm, although it was owned by the town for many years, and rented out to a number of different tenants. During the 1920 census, for example, it was rented by Peter J. Reittinger, a clerk for General Electric. At the time, he was 40 years old and was living here with his wife Mary, their three children, and a young nephew.

By the time the first photo was taken, the house was being rented by Elmer J. Norman, who paid the town $18 per month in rent, and was living here with his wife Rose and their four daughters. Several decades earlier, Elmer had served in World War I, and after the war he began working for the Windsor Highway Department. He went on to work for the town until his retirement in 1959, but he lived here in this house until his death in 1980. During this time, he was also responsible for the flags at the adjacent Veterans Memorial Cemetery, which was established on the former site of the poor farm.

In 1961, this house was the subject of a proposal to dismantle it and rebuilt it on Palisado Avenue, next to the historic Flyer House. Around the same time, the other house on the former poor farm property was demolished, in order to expand the veterans’ cemetery. However, this house was never moved, and it survives with few changes from the first photo, aside from more historically-appropriate windows. After more than a century of town ownership, the house was finally sold in 2006, and it is now a privately-owned residence once again. It is probably not as old as the traditional 1670 date, but it is undoubtedly still very old, most likely dating back to the early 18th century, and it stands as one of the few remaining saltbox-style homes in Windsor.