The Windsor House on Main Street in Windsor, around 1865-1885. Image courtesy of the New York Public Library. 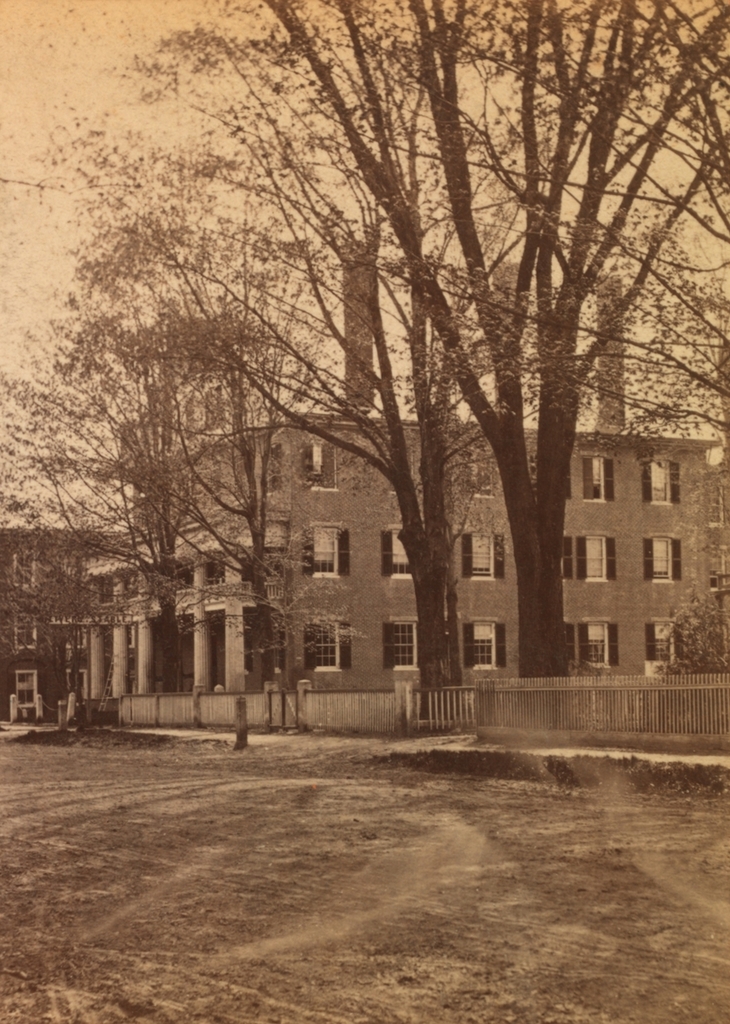 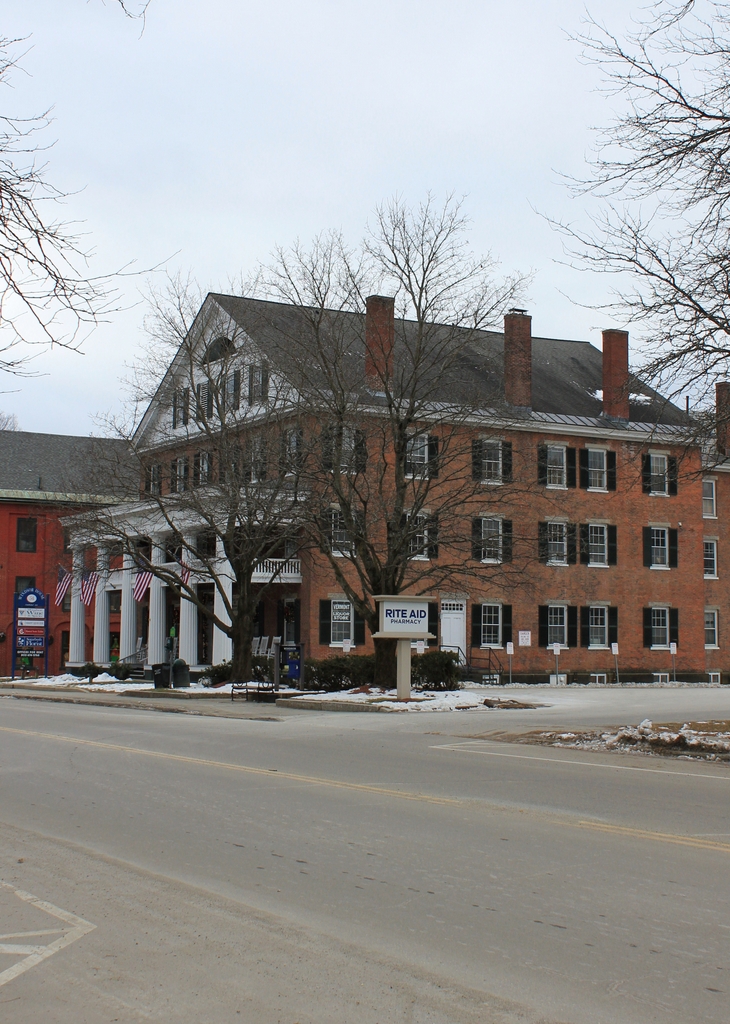 This hotel was built in 1836 in the center of Windsor, an important town located along the banks of the Connecticut River in Vermont. At the time, Windsor was a prosperous manufacturing center, and it was one of the largest towns in the state by population, with over 3,000 residents during the 1830 census. By the following decade, it was also one of the first towns in the state with a railroad connection, when the Vermont Central opened in 1849 between Windsor and Hartford.

The Windsor House was one of the finest hotels in the area during the mid-19th century. In 1840, the Boston Traveler published a glowing letter to the editor by an anonymous writer who praised the hotel with the following description:

The Windsor House is a handsome brick edifice, 3 storys high. It contains 90 rooms; 10 private parlors, 6 of them having 2 sleeping rooms attached; 2 large parlors on the first floor; a dining hall; a reading room; 1 office. The halls on each floor are 15 feet wide. Besides the above rooms, there is a wing containing 30 sleeping rooms, and in the 4th story of the house is a large hall. The whole house is well furnished, and in the latest style, and will easily accommodate 150 persons.

The politeness of Mr. S. A. Coburn, the host, who for 7 or 8 years had charge of the Merrimack House, Lowell—the activity of his head clerk, Mr. Mitchell, (who was formerly attached to one of the first houses in New York,) the general attention of the domestics, and all the internal arrangements will insure a liberal public patronage. As a summer residence its location contains many advantages, which it might be well for such travellers as seek for a spot where they can breathe the pure mountain air, personally to make enquiry into. To all who have occasion to pass through that pleasant country, we can only say, that at the Windsor House they will find every attention and comfort which can be desired.

By the early 1840s, the hotel had evidently changed hands, as it was being run by Jehiel H. Simonds, who subsequently owned it for many years. During this time, the hotel apparently catered to both travelers and long-term residents, with the 1850 census showing 43 people living here, including Simonds himself and his wife Harriet. It is difficult to determine how many of these were hotel staff, but one of the resident employees here was Henry Parks, a 30-year-old African American who worked as a groom. He would later go on to enlist in the famous 54th Massachusetts Volunteer Infantry Regiment, one of the first African-American units in the Civil War.

Simonds was still living here and running the hotel when the first photo was taken sometime around the 1870s. The 1880 census is much more helpful in determining the occupations of the people who lived here around this time. That year, there were a total of 17 people living here. Two were Jehiel and Harriet Simonds, and seven more were hotel employees, including a chambermaid, cook, porter, two waiters, and two laborers.

Of the eight boarders who were listed here during the 1880 census, five were from the Richards family, originally from Charlestown, New Hampshire. They included 60-year-old Harriet Richards and her son Jarvis, along with E. Jane Richards, who was the wife of Harriet’s son DeForest. DeForest, who would later become governor of Wyoming, was not living here at the time, but his two young children, Inez and J. DeForest, were here at the Windsor House with their mother, uncle, and grandmother. J. DeForest was five years old at the time, and he eventually went on to become an accomplished college football player at the University of Michigan, where he played halfback and quarterback during the mid-1890s.

In the meantime, Jehiel Simonds operated the Windsor House until his death in 1885 at the age of 83. The hotel remained in business for many years afterward, and it has long been a prominent landmark in downtown Windsor. It was threatened by demolition in the early 1970s, but it was ultimately preserved and repurposed, with a variety of commercial tenants. The building was added to the National Register of Historic Places in 1971, and it is still standing today, nearly two centuries after it was completed. The neighboring 1824 Pettes-Journal Block on the far left side of this scene is also still standing, and there have been few exterior changes to either this building or the Windsor House since the first photo was taken.