Looking up Summer Street from Lincoln Street, around 1904. Image courtesy of the Library of Congress, Detroit Publishing Company Collection. 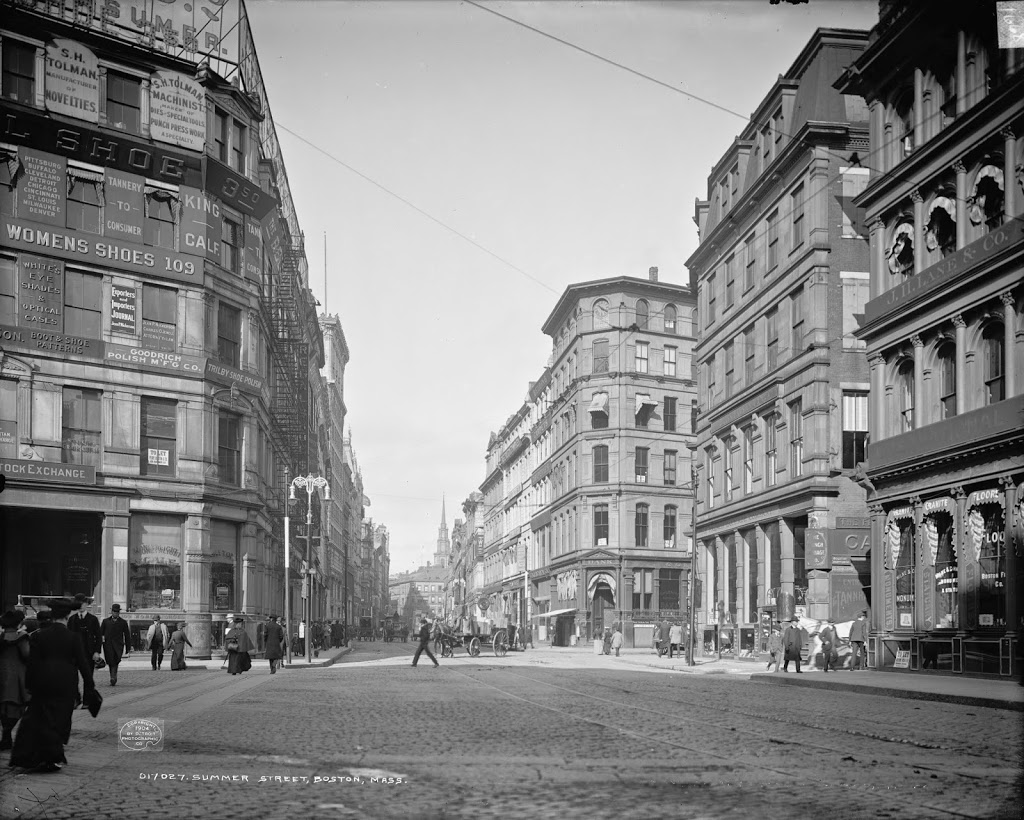 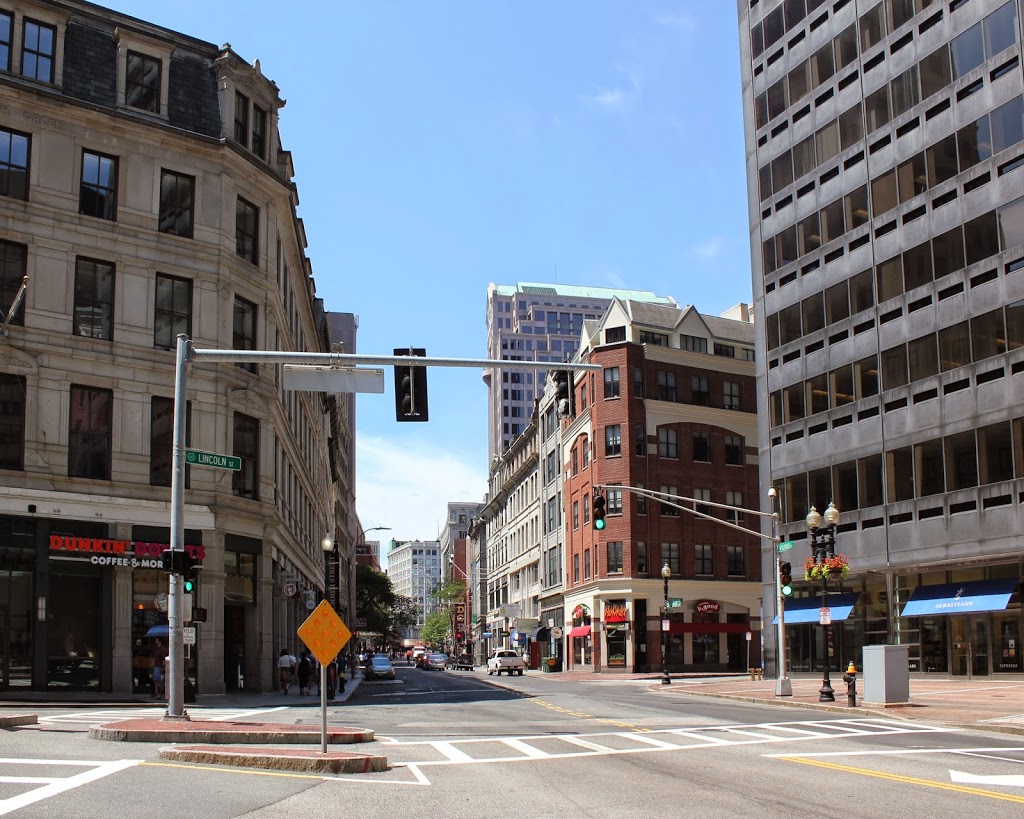 Although this is part of Boston’s Financial District, this part of Summer Street doesn’t look too dramatically different from 110 years ago.  Several of the older buildings are still recognizable, with the most noticeable being the one on the far left.  Known as the Church Green, it is named after the New South Church that once stood on the site.  It was demolished in 1868, and replaced by a bank building.  That building burned just a few years later in the 1872 fire, and the present-day building was completed in 1873.  In the 1904 photo, it advertised a number of shoe-related services, including shoe polish, womens shoes, and boot and shoe patterns.  Today, the first floor has a Dunkin Donuts and a Chipotle.