Looking toward the northern side of Summer Street, with Atlantic Avenue in the distance, sometime in the 1800s. Photo courtesy of Boston Public Library. 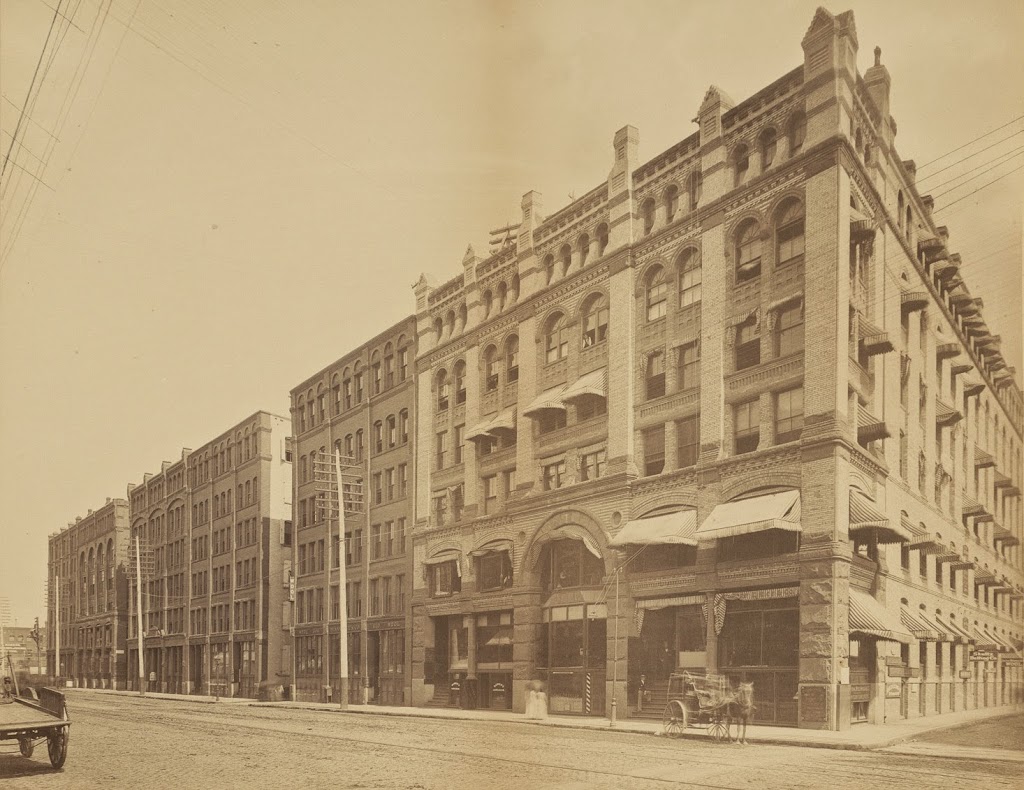 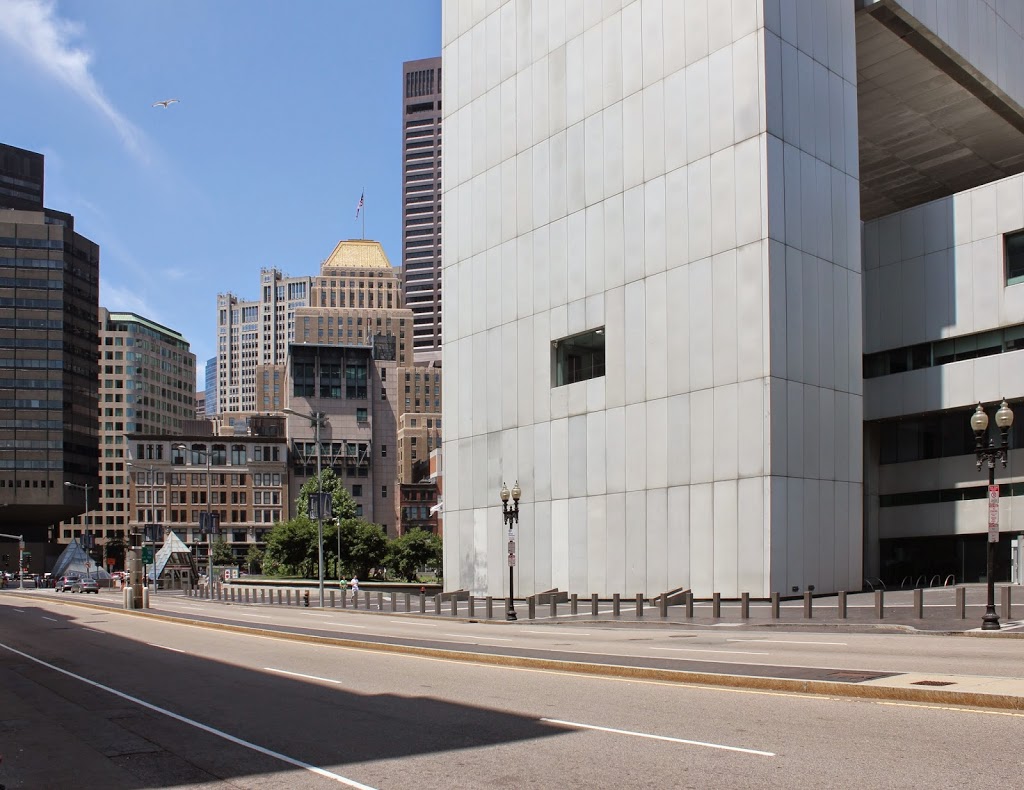 These photos were taken from alongside South Station (although I’m not sure if South Station was here at the time of the first photo), around the spot where the present-day station facade ends.  The buildings in the first photo are the Hathaway Building (distance) and the New England Building (foreground), and an 1898 atlas of Boston lists both buildings as belonging to Francis Hathaway.  I don’t know when the buildings were demolished, but they were gone by the late 1960s, when construction began on the building that currently occupies the site, Boston’s Federal Reserve Bank Building, which takes up most of the right-hand side of the photo.