Armsmear, the former home of Samuel Colt, on Wethersfield Avenue in Hartford, around 1907. Image courtesy of the Library of Congress, Detroit Publishing Company Collection. 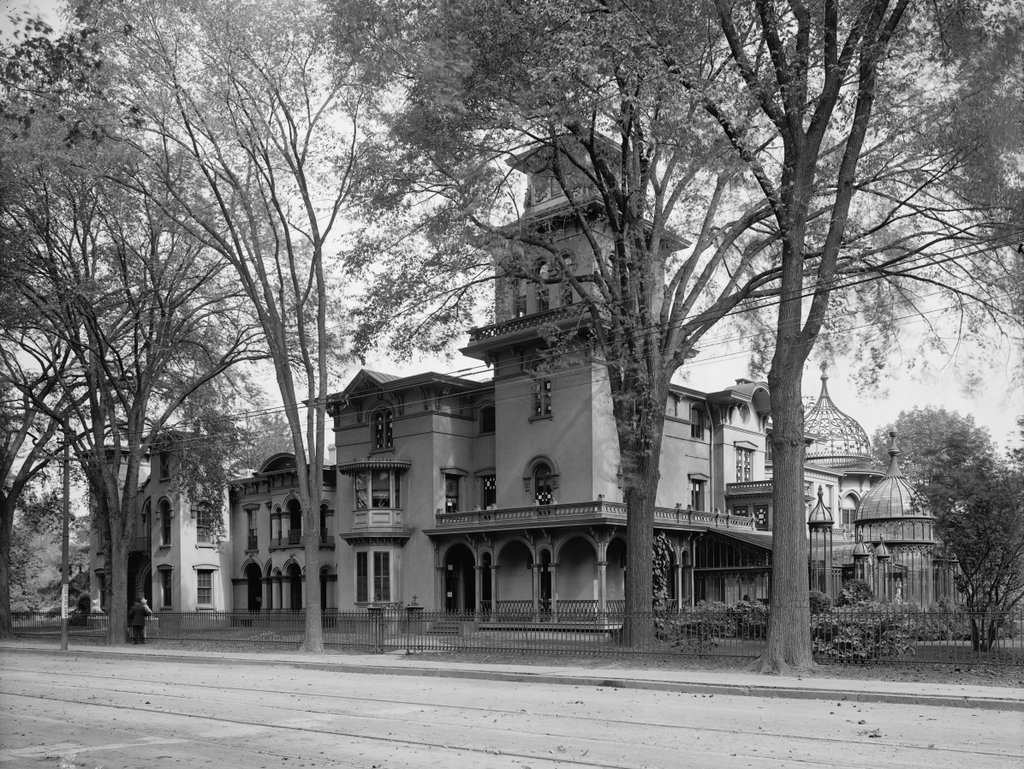 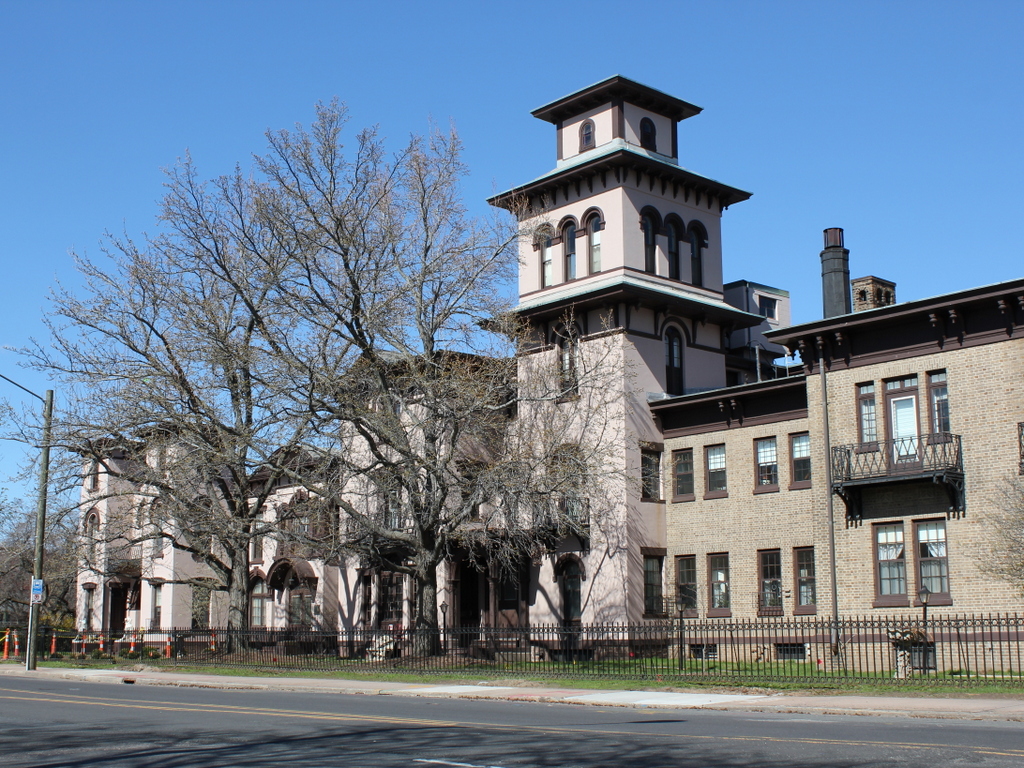 This mansion was the home of Samuel Colt, an industrialist and firearm manufacturer who founded the present-day Colt’s Manufacturing Company.  In 1856, he married Elizabeth Hart Jarvis, and the following year the newlyweds moved into this mansion.  However, he didn’t have much time to enjoy it; Colt died in 1862 at the age of 47, and his wife took over control of the company for the rest of the century.  She sold her share in the company in 1901, and she died in 1905, probably not long before the first photo was taken.  She had no surviving children, and in accordance with her will, the house became a home for widows and orphans of Episcopalian clergymen, which explains the large addition on the right-hand side of the house in the 2015 scene.  Her will also gave much of the property to the city of Hartford, and this land is now Colt Park.