The Columbia Straw Works factory on Main Street in South Monson, around 1892. Image from Picturesque Hampden (1892). 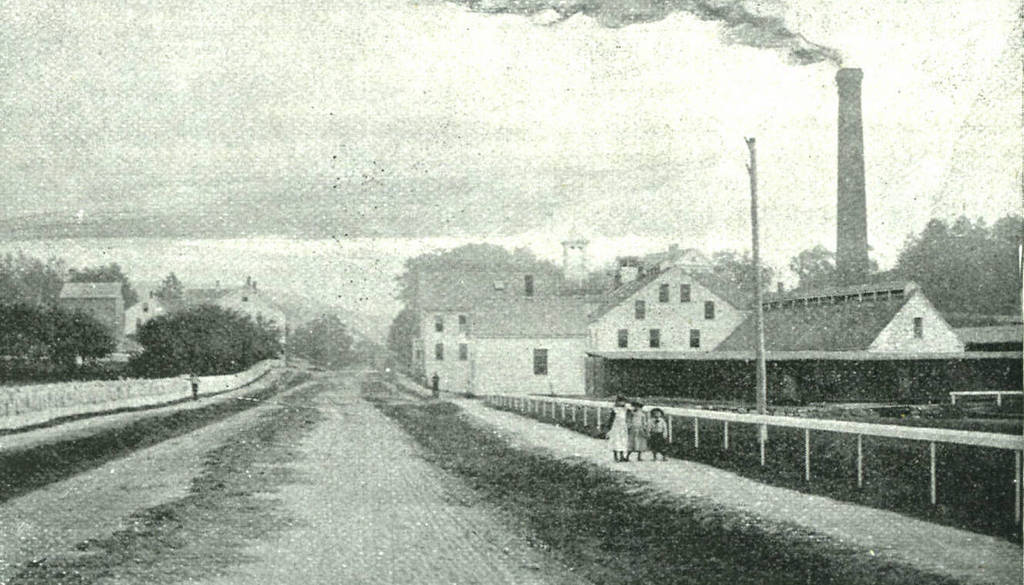 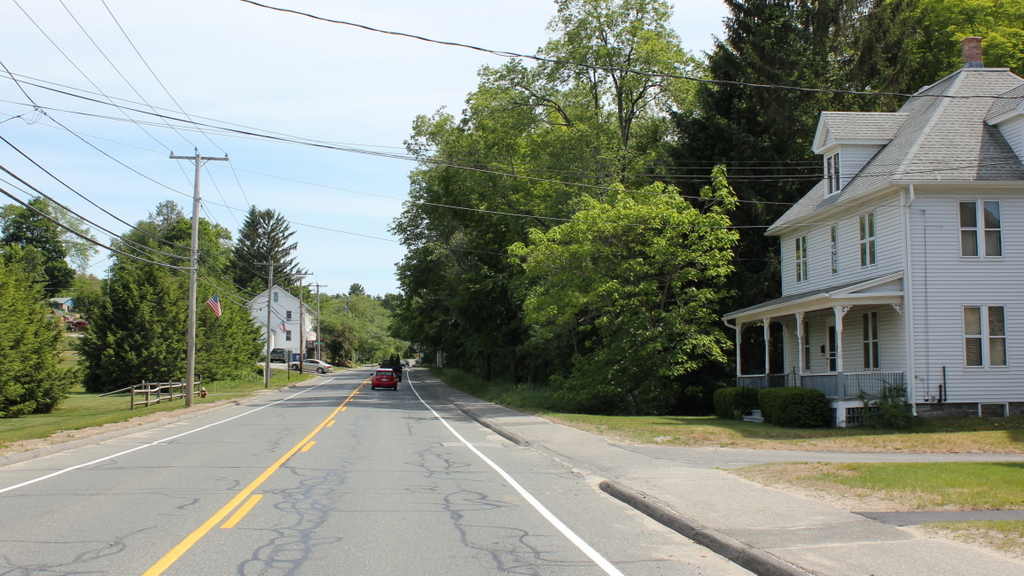 In the second half of the 19th century, Monson developed into a significant industrial town, with the Chicopee Brook and its tributaries providing power to a number of different factories, including this facility on the left, which was built in the early 1880s by Alvin A. Gage and Rice Munn Reynolds to manufacture straw hats, which were sold at their store on Broadway in New York City.  Reynolds was the son of Monson industrialist Joseph L. Reynolds, and he had previously represented Monson in the Massachusetts House of Representatives in 1876 and 1877.  He also served as a town selectman and was one of the founders and trustees of Monson Savings Bank, which still exists today.  However, he committed suicide under rather mysterious circumstances in 1898, and his share of the business went to his brother Theodore, whose untimely death came less than two years later at the age of 57, following what the Boston Post described as “a supposedly slight illness.”  Theodore owned three mills in Monson, including this one, and was also the third largest stockholder in the Boston & Albany Railroad.  At his death, according to the Boston Post, he was worth close to $10 million, which would be around $280 million in 2015 dollars.

Following the death of Theodore Reynolds, the property was acquired by F.W.A. Langewald, who operated it as the Crescent Worsted Mill.  However, it burned within a few years.  The 1912 Hampden County atlas shows a couple small buildings on the site, but it appears that the fire marked the end of this location as a major industrial site.  Today, the only remnants of the factory itself are the stone foundations in the woods beyond the house on the right.  The small stream that once powered the factory still passes through the site, and across the street in the distance is the tenement house where many of the workers once lived.  It is the only recognizable building from both photos, and today it is an apartment building.