Looking up Wales Road from Main Street in Monson, around 1892. Image from Picturesque Hampden (1892). 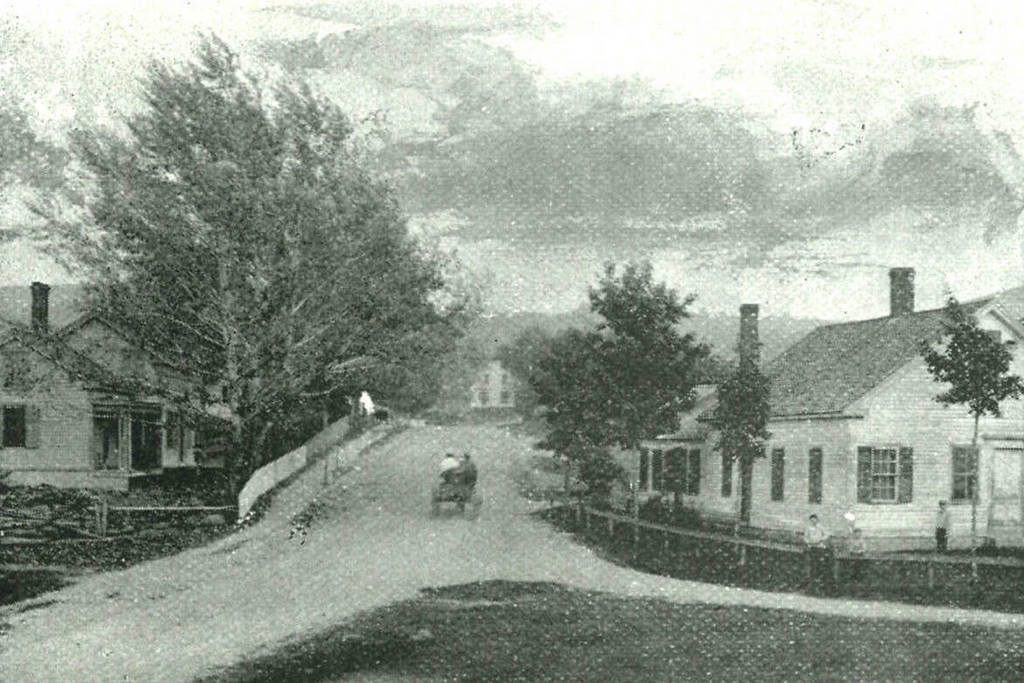 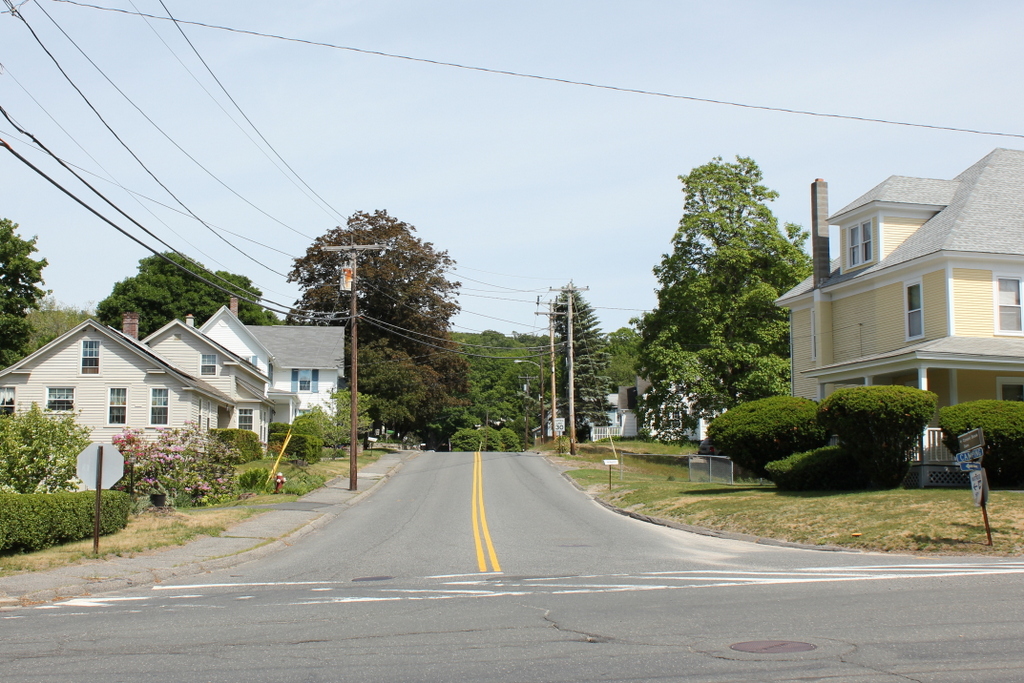 Most of the houses at the western end of Wales Road date to the second half of the 19th century, including the two on the left, which were built around 1850.  At the time that the first photo was taken, Monson was becoming a significant factory town, and many of those factories were situated in the southern part of the town center, within easy walking distance of the houses seen here.  Not long after the first photo was taken, a trolley line was built along Main Street in Monson, and it ended here at Wales Road.  Today, the trolleys are long gone, and the house on the right has since been replaced, but otherwise most of the houses in this area from the 1892 scene are still there.