The North Building, on the campus of Suffield Academy, probably around 1920. Image from Celebration of the Two Hundred and Fiftieth Anniversary of the Settlement of Suffield, Connecticut (1921). 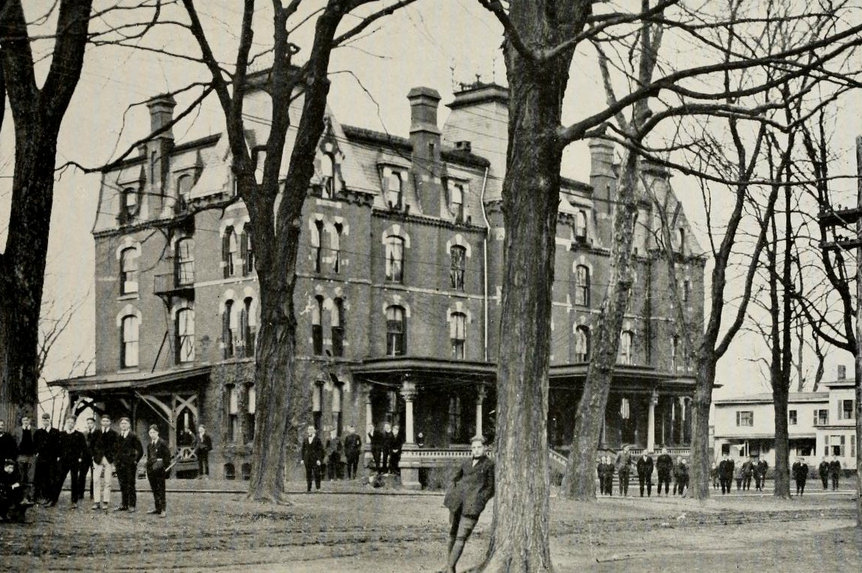 The building, now heavily renovated and renamed Fuller Hall, as seen in 2015: 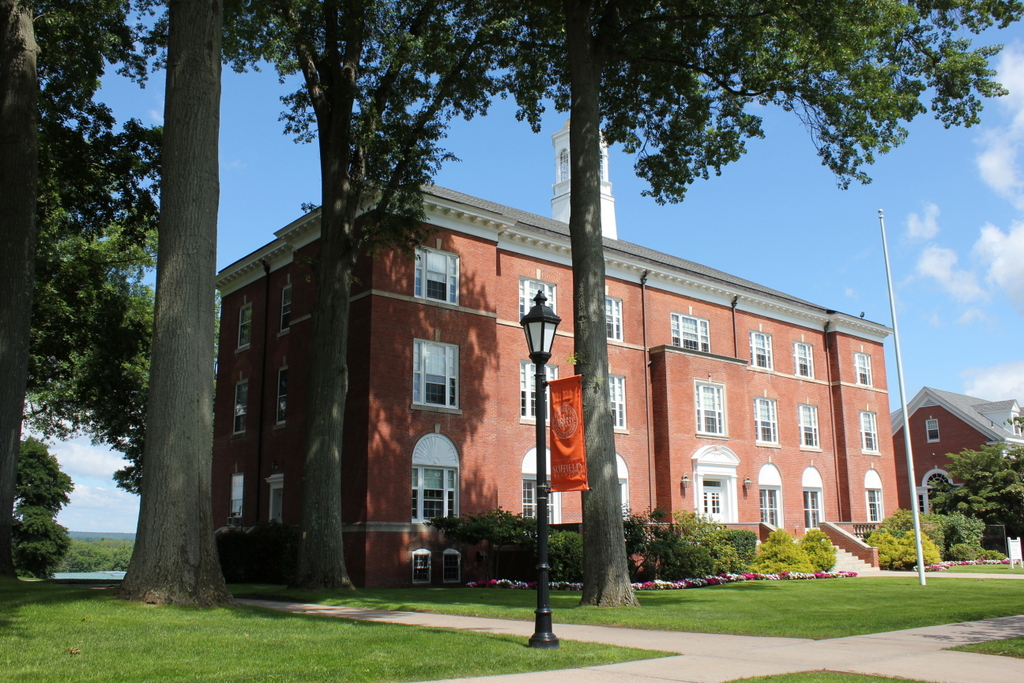 It took me a while to figure out that this is, in fact, the same building.  The North Building was built in 1873, replacing the 1845 Ladies Building that had burned the previous year.  It is located just to the right of the Memorial Building, and both of these buildings date back to when Suffield Academy was known as the Connecticut Literary Institute.  However, while the Memorial Building still resembles its 19th century appearance, Fuller Hall is essentially unrecognizable from the first photo.  A substantial renovation in the 1950s removed most of the original Second Empire style architectural elements, including the mansard roof (and with it, the entire fourth floor), the three small towers, the front porch, and the window cornices.  A close examination of the 2015 shows the difference between the newer, lighter bricks, and the original, darker-colored bricks.