The H. H. Perry House on River Road near the corner of Leonard Street in Agawam, around 1895-1896. Image courtesy of the Agawam Historical Association. 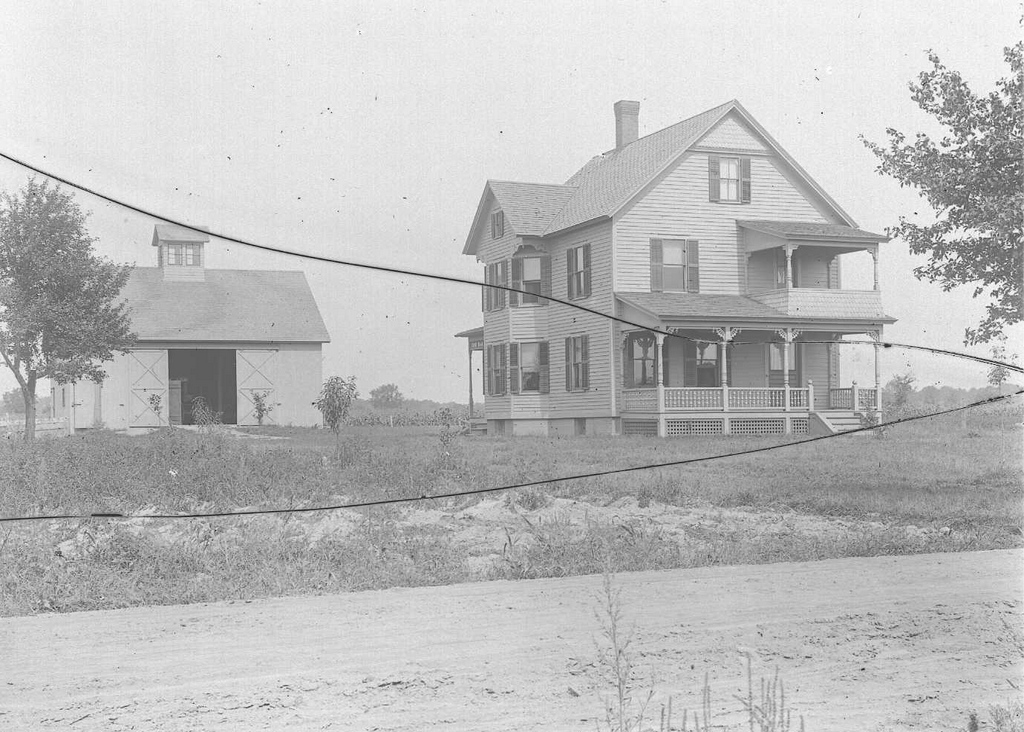 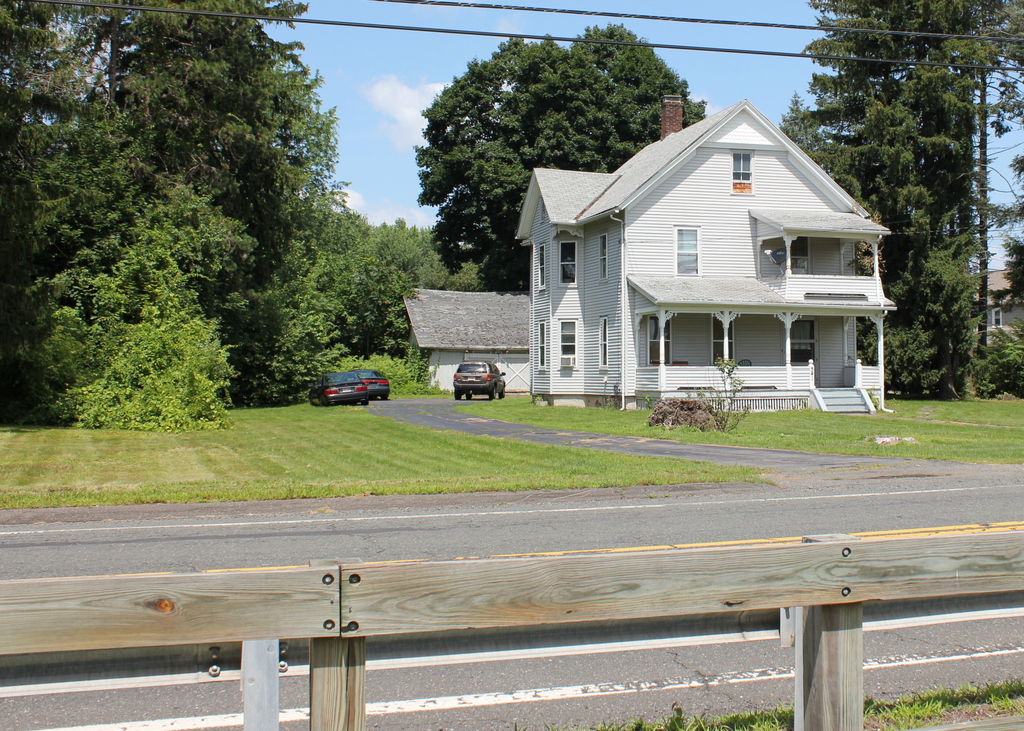 This house was built around 1880, replacing an earlier house that had been known as the Old Red House.  Although identified as the H. H. Perry house, by the time the first photo was taken it was owned by Eudice J. Dyotte, a Canadian immigrant who appears here on county maps from both 1894 and 1912.  Today, the old barn is gone, as is the back porch and the shutters,and the house appears to have siding instead of clapboards, although it is hard to tell from this distance.