The entrance to the Hotel Aspinwall, looking up the driveway from Main Street around 1905-1915. Image courtesy of the Library of Congress, Detroit Publishing Company Collection. 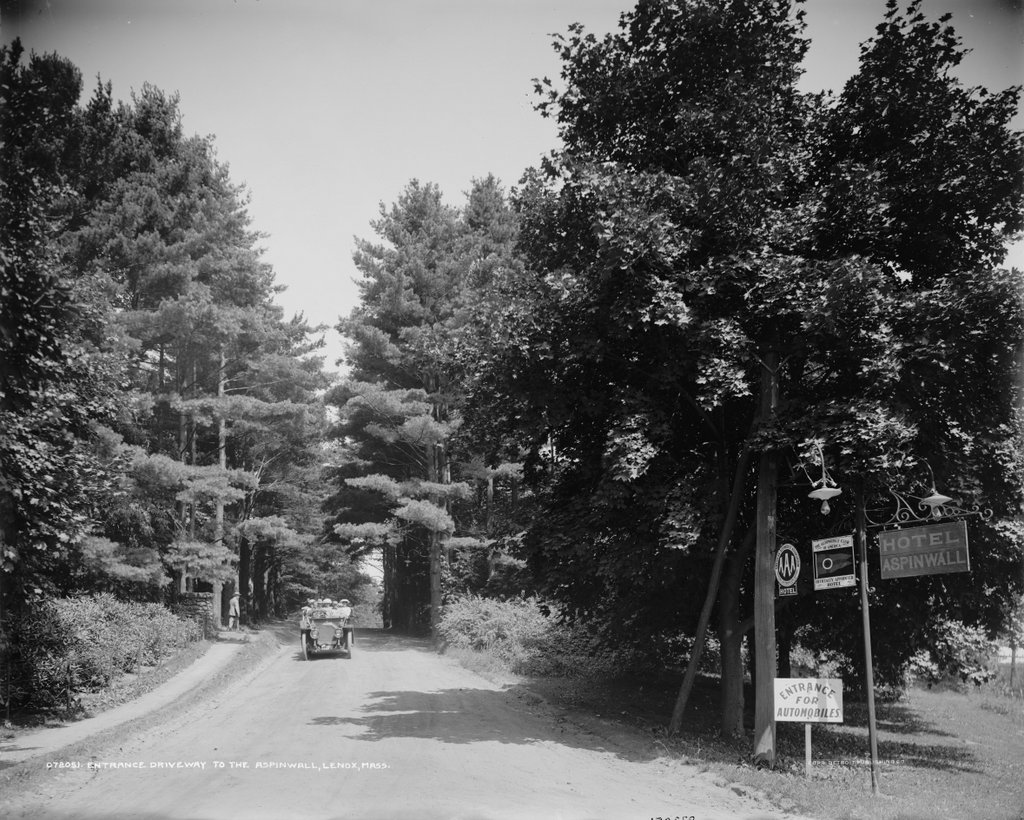 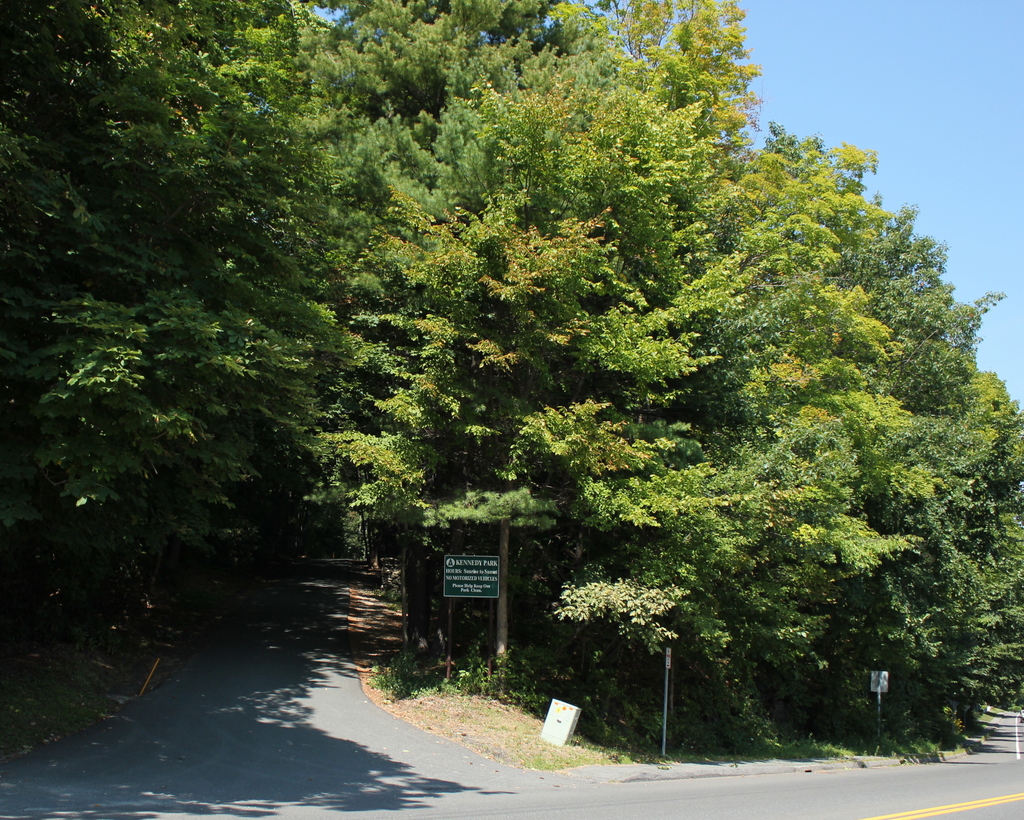 The Hotel Aspinwall was one of many popular hotels in the Lenox area during the early 1900s. It was built in 1902 by Thomas H. Hubbard, a New York lawyer and businessman who had served as a colonel in the Civil War many years earlier. Located at the end of this long driveway, it was on top of a hill that offered views of the Berkshires to the east and the west, and as the signs indicate in the first photo, it was approved by both the American Automobile Association and the Automobile Club of America. However, as was the case with so many wooden hotels of the early 1900s, it caught fire and was completely destroyed in an early morning blaze on April 25, 1931. The hotel was never rebuilt, and today it is a public park with. In this scene, the only remaining signs of the hotel are the stone pillars on either side of the driveway.