Another view looking northeast on Market Street, from near the corner of Fifth Street, in the aftermath of the April 18, 1906 earthquake. Image courtesy of the Library of Congress, Detroit Publishing Company Collection. 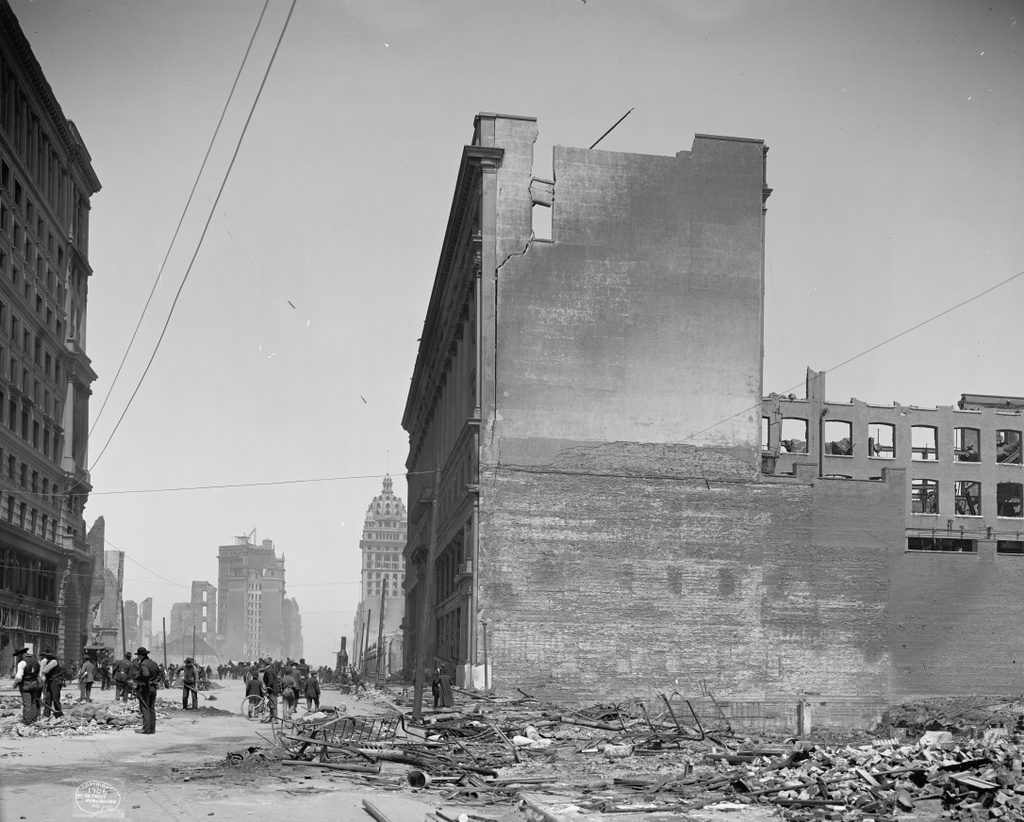 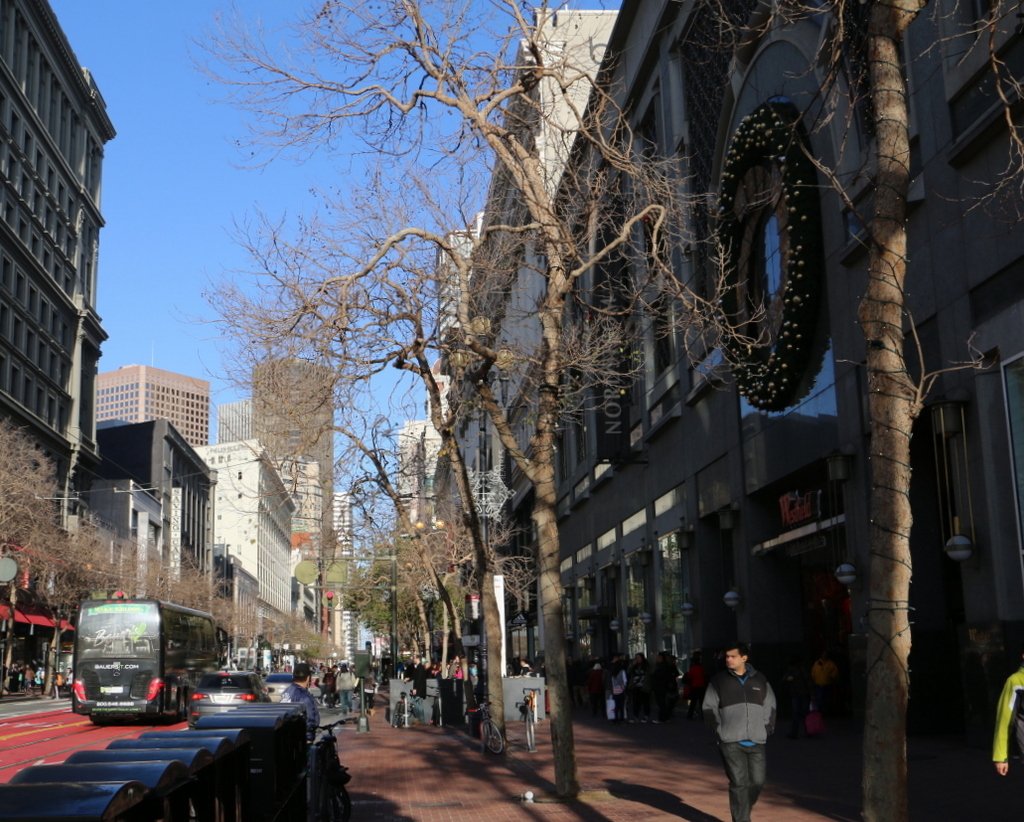 These photos were taken about a block west of the ones in the previous post, and some of the same buildings are visible in both, including the Mutual Savings Bank Building in the distance on the left side of the street, and the Call Building in the distance on the right. Although heavily altered, both survived the earthquake and are still standing today, although they are mostly hidden from view in the 2015 scene here.

The first photo shows the city in the process of cleaning up after the earthquake. Many of the other photos of Market Street shows large crowds walking down the street, apparently inspecting the damage, but most of the people in this scene are working. Some are picking up debris with shovels, while others are hauling it away in wheelbarrows. In the distance, some sort of a steam engine appears to be assisting the workers as well. In the foreground, the piles of bricks, twisted metal, and charred wood give an indication of the work that was still to be done.

In the aftermath of the disaster, the city rebuilt, and a few of the buildings in the foreground were restored, including the 1904 Flood Building to the left and the 1896 Emporium department store to the right. Today, not much is left of the pre-earthquake department store building, though. The entire building had to be rebuilt except for the Market Street facade, which was preserved. Nearly a century later, in the early 2000s, the building was again gutted and rebuilt, and converted into Westfield San Francisco. It is now occupied by Bloomingdale’s, and everything in the building is new except for the facade and a glass dome from the 1908 reconstruction.