The Waldorf-Astoria, at the corner of Fifth Avenue and 34th Street, around 1900. Image courtesy of the Library of Congress, Detroit Publishing Company Collection. 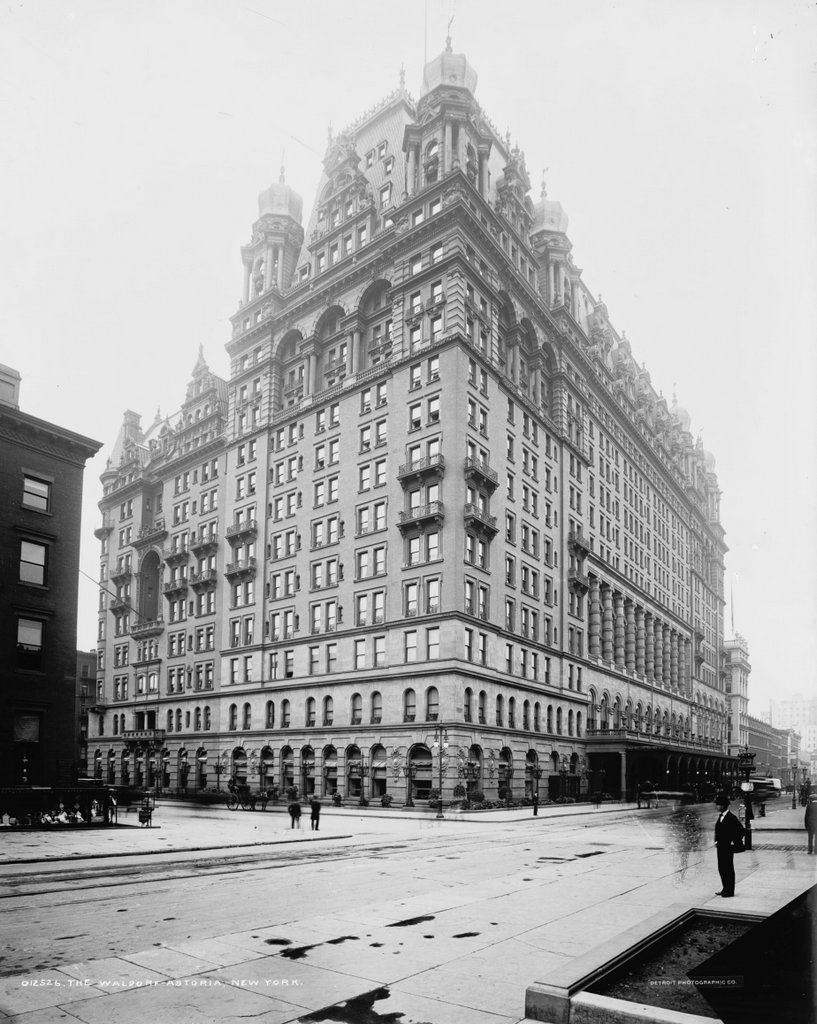 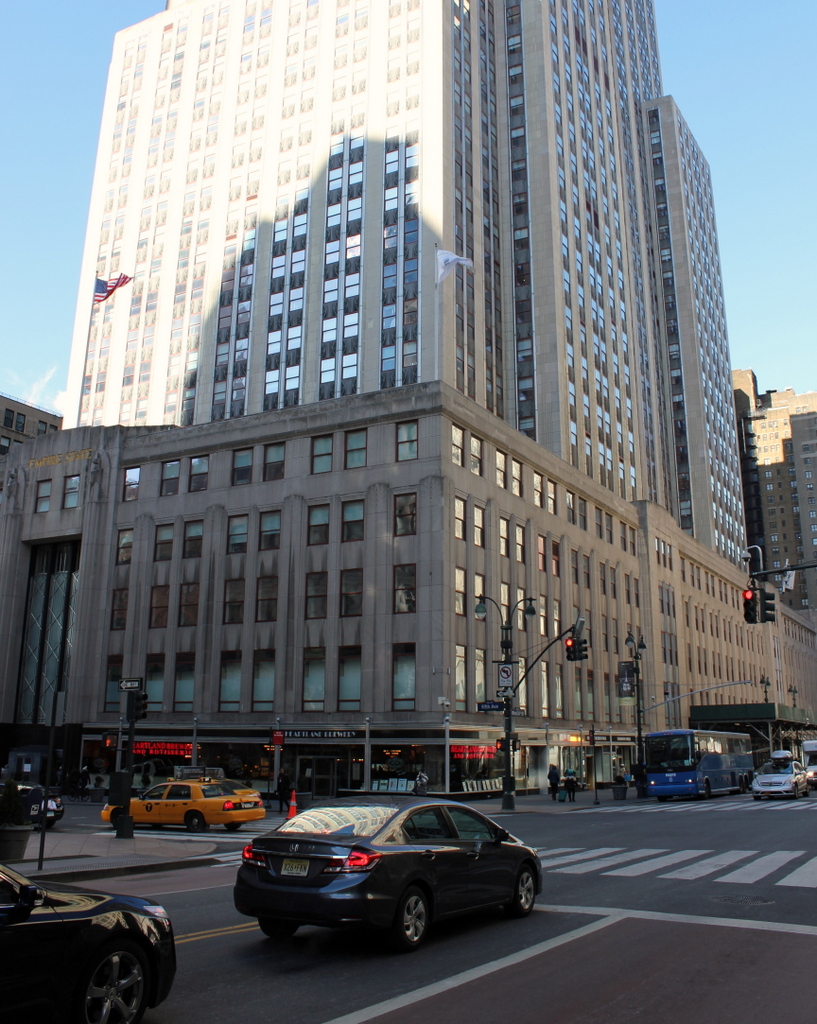 The Waldorf-Astoria is one of the most famous hotels in New York City history, and it all began as a result of a feud within the Astor family, whose origins dated back to 1827, when William B. Astor, Sr. purchased a significant amount of property in present-day Midtown Manhattan, including a section of Fifth Avenue from 32nd Street to 35th Street. With a purchase price of $20,500 (about $433,000 today), this largely undeveloped land on the outskirts of the city turned out to be a wise investment, and Astor became the wealthiest man in America.

Here along Fifth Avenue, two of his sons split the block on the west side, with John Jacob Astor III and his wife Charlotte Augusta Gibbs living on the corner of 33rd Street, and William B. Astor, Jr. and his wife Charlotte Webster Schermerhorn at 34th Street. As explained in more detail on the Daytonian in Manhattan blog, a rivalry formed between their wives, which ultimately led to John’s son William Waldorf Astor demolishing his father’s house and building a large hotel, named the Waldorf Hotel, that overshadowed his aunt Charlotte’s house right next door. The noise and traffic generated by the hotel was, as desired, a significant nuisance in the previously residential neighborhood, and Charlotte soon moved out of the house.

When Charlotte moved out, her son, John Jacob Astor IV, announced plans to build a competing hotel on the property, named the Astoria Hotel. It was designed by Henry J. Hardenbergh, the same architect responsible for the Waldorf, and by the time it was completed in 1897 the two sides of the family had agreed to consolidate the two into a single hotel, named the Waldorf-Astoria. The first photo here was taken soon after, and it shows the distinction between the earlier Waldorf Hotel on the left, with the significantly larger Astoria on the right. Together, they occupied much of the block, and with 1,300 rooms it was the largest hotel in the world at the time.

Although he started the hotel, William Waldorf Astor did not remain in the United States. He moved to England and became a British subject, earning the title of 1st Viscount Astor in 1917, two years before his death at the age of 71. As for John Jacob Astor IV, he is probably best known today for having been the richest man aboard the Titanic when it sank in 1912. He had a net worth of around $87 million at the time (around $2 billion today), and he and his second wife Madeline had been returning from their honeymoon aboard the ship. Madeline and their unborn son survived the sinking, but Astor did not. Coincidentally, the hearings for the U.S. Senate inquiry into the disaster were subsequently held here at the hotel.

In its heyday, the Waldorf-Astoria functioned not only as a high-end hotel, but also as a restaurant and event venue for the wealthy New Yorkers who lived nearby. However, by the 1920s the relatively new hotel was already showing its age. Its Victorian interior decor, while fashionable in the 1890s, was soon out of date. Making matters worse, most of New York’s upper class, including the Astor family themselves, had moved further uptown, to mansions in the vicinity of Central Park. This, combined with Prohibition’s ban on alcohol sales, hurt their dining rooms, which had once been one of the hotel’s most profitable business.

The hotel closed in 1929, and two years later reopened in a new building further uptown on Park Avenue, where it still stands today. The original building here on Fifth Avenue was then demolished to clear the space for the Empire State Building, which was completed in 1931 after just over a year of construction.