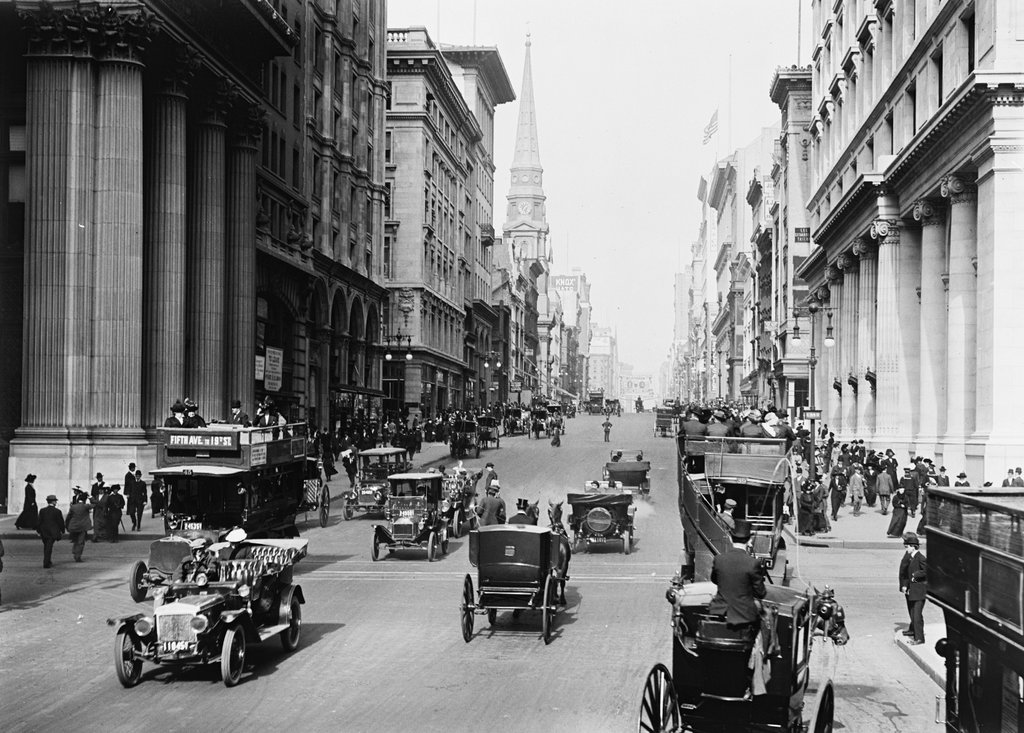 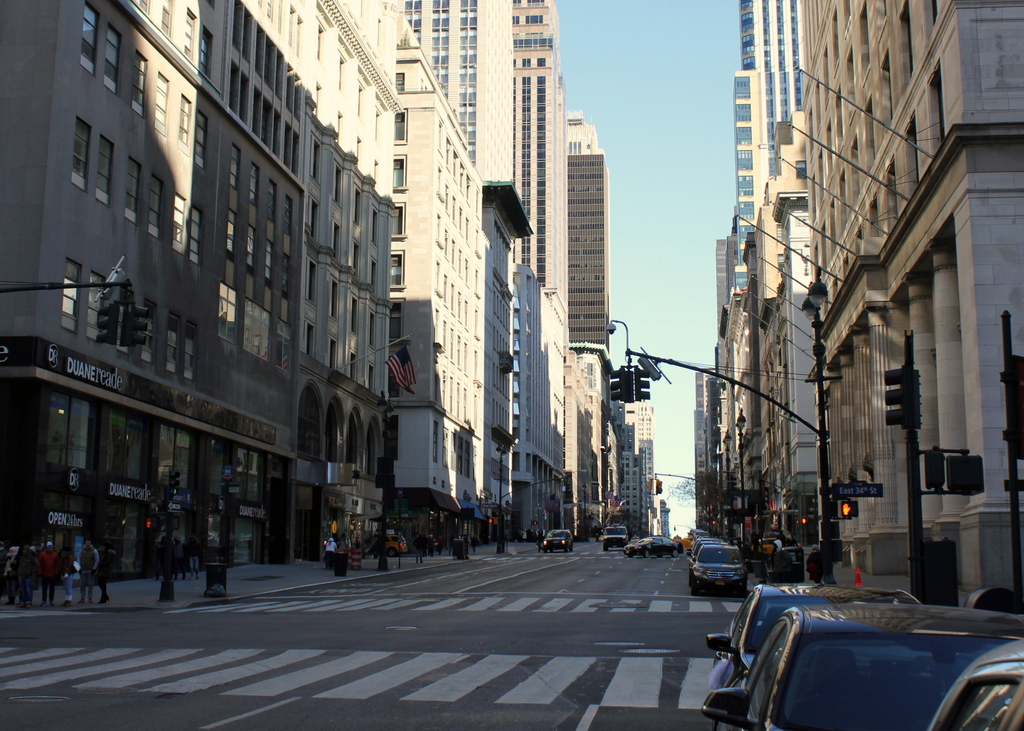 This view shows much of the same section of Fifth Avenue as the photos in an earlier post, with the only difference being that this was taken a block north. Although taken only around five years apart, the “then” photos in these two posts show a number of changes. As mentioned in that post, Fifth Avenue was widened in 1908, and the 1912 photo here also shows a significant increase in the number of cars on the road, as opposed to the horse-drawn carriages that appear in the earlier view.

The date of 1912 for this photo is established thanks to a banner across Fifth Avenue in the distance, which is only readable in high-resolution copies of this photo. It is a political ad for Republican presidential candidate and his running mate James S. Sherman, and although they ran for office in both 1908 and 1912, the photo can be conclusively dated to 1912 because of the license plates on the cars in the foreground; New York did not begin issuing license plates until 1910. At the time, both men were running for re-election, but President Taft lost in a landslide, coming in third behind Woodrow Wilson and Theodore Roosevelt. It was an even worse year for Sherman, though, who died less than a week before the election.

Today, a surprising number of buildings from the first photo are still standing, especially in the foreground. The Knickerbocker Trust Company Building on the far left has been altered beyond recognition, but it is still there, along with many of its early 20th century neighbors. The building on the far right is the former home of department store B. Altman and Company. It was built in 1906, and is now used by the City University of New York’s Graduate Center. Another historic landmark built around the same time was the Gorham Building, on the left side of the street near the center of the photo. Although the street-level parts of the building have been altered over the years, it is still recognizable from the first photo.