The house at 42 East Weatogue Street in Simsbury, around 1935-1942. Image courtesy of the Connecticut State Library. 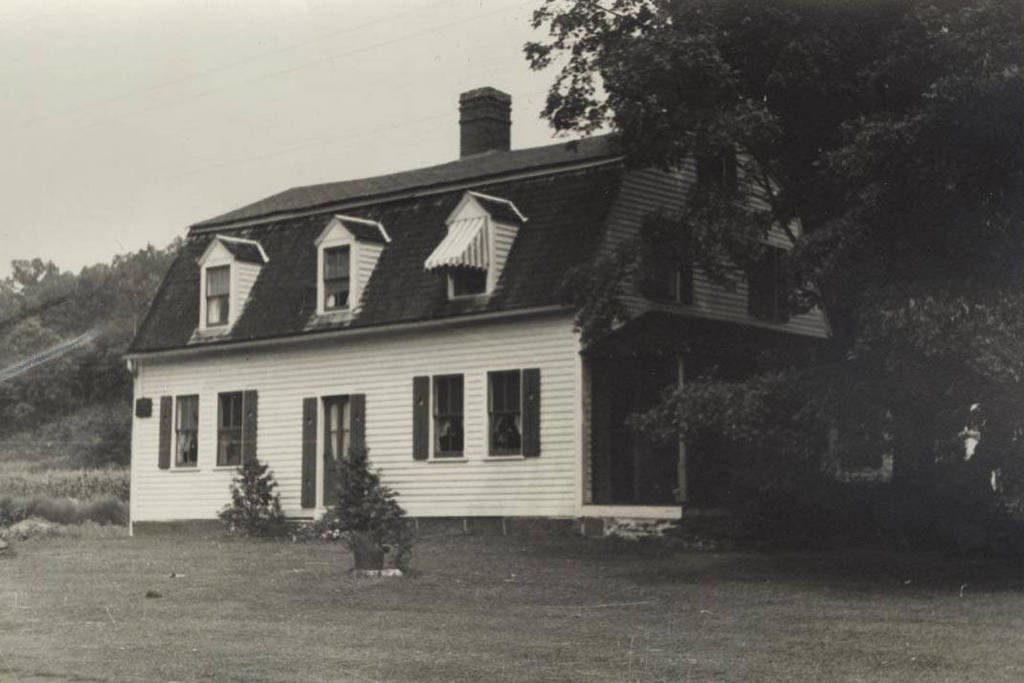 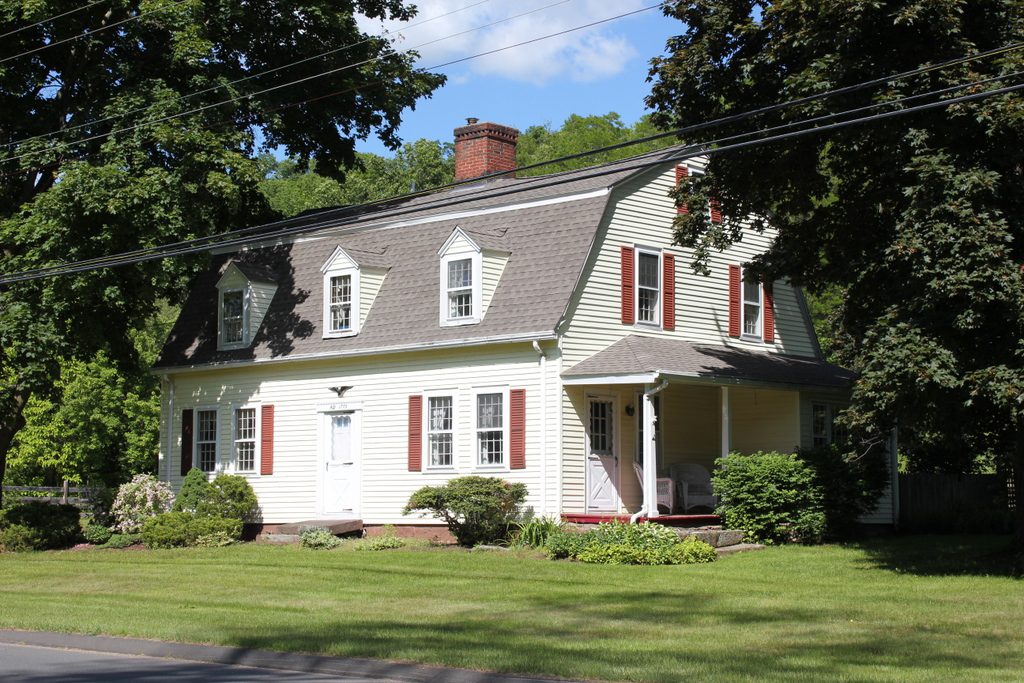 This house is located in the Simsbury village of East Weatogue, a small farming community on the eastern edge of the town, situated right at the base of the Metacomet Ridge. Compared to some of the other colonial houses in the village, this house was fairly modest, and was built around 1775 for Amaziah Humphrey, who was only about 21 years old at the time. A year earlier, he had married his wife, Elizabeth Harris, and they moved into this house following its completion. However, only a year later Amaziah enlisted in the Continental Army, serving as a private in New York during the American Revolution.

From there, the historical records of Amaziah and this property seem a bit spotty. His name does appear in the Hartford Courant several times, though. In 1805, an “Amaz. Humphrey” was listed as one of Simsbury’s two representatives in the state legislature for that year, and several years earlier a 1797 classified ad listed him as a trustee for a school here in Simsbury. This advertisement reads: “The ſubſcribers reſpectfully inform the public that the ſchool is now open in the ſchoolhouſe lately erected in the firſt ſociety in this town. Scholars may be admitted into ſaid ſchool for inſtruction in the learned languages, at 18ſ per quarter; for Geography, Engliſh Grammar or Arithmetic at 14ſ; and for writing and reading at 12ſ; Alſo convenient boarding upon reaſonable terms.”

Amaziah and Elizabeth had at least seven children, and they appear to have lived here in this house for the rest of their lives, until their deaths in 1822 and 1838, respectively. On his gravestone, located across the river in Simsbury Cemetery, he is identified as “Capt Amaziah Humphrey.” He does not appear to have held this rank during the American Revolution, so it was probably a rank that he earned in the militia at some point after the war.

This house was later inherited by Elijah Case, who was the son of Amaziah and Elizabeth’s daughter Caroline and her husband, Philander Case. Born in 1812, he became a shoemaker, and married his wife Paulina in 1849. The 1860 census shows them living here in this house with their two children, Henry and Flora, and at the time his real estate was valued at $1,200, plus an additional $1,000 for his personal estate. Two decades later, in the 1880 census, he was listed as a farmer rather than a shoemaker, and he died five years later, at the age of 71.

In the absence of standardized street numbers in historical records, it is difficult to trace the exact ownership of this house. However, it appears to have remained in the Case family until at least the late 20th century. When the first photo was taken around the late 1930s as part of the WPA Architectural Survey, the owner was listed as the “L. Case Estate,” and as late as the 1990s the property was still owned by the Case family, who operated Case’s Flowers here.

Today, the greenhouses, sheds, and other outbuildings that had been part of Case’s Flowers are now gone, but the house itself has hardly changed since the first photo was taken around 80 years ago. Along with the rest of the surrounding area, the house is now part of the East Weatogue Historic District, which was added to the National Register of Historic Places in 1990.