The commercial block at the corner of Bellevue Avenue and Deblois Street in Newport, around 1906. Image courtesy of the Providence Public Library. 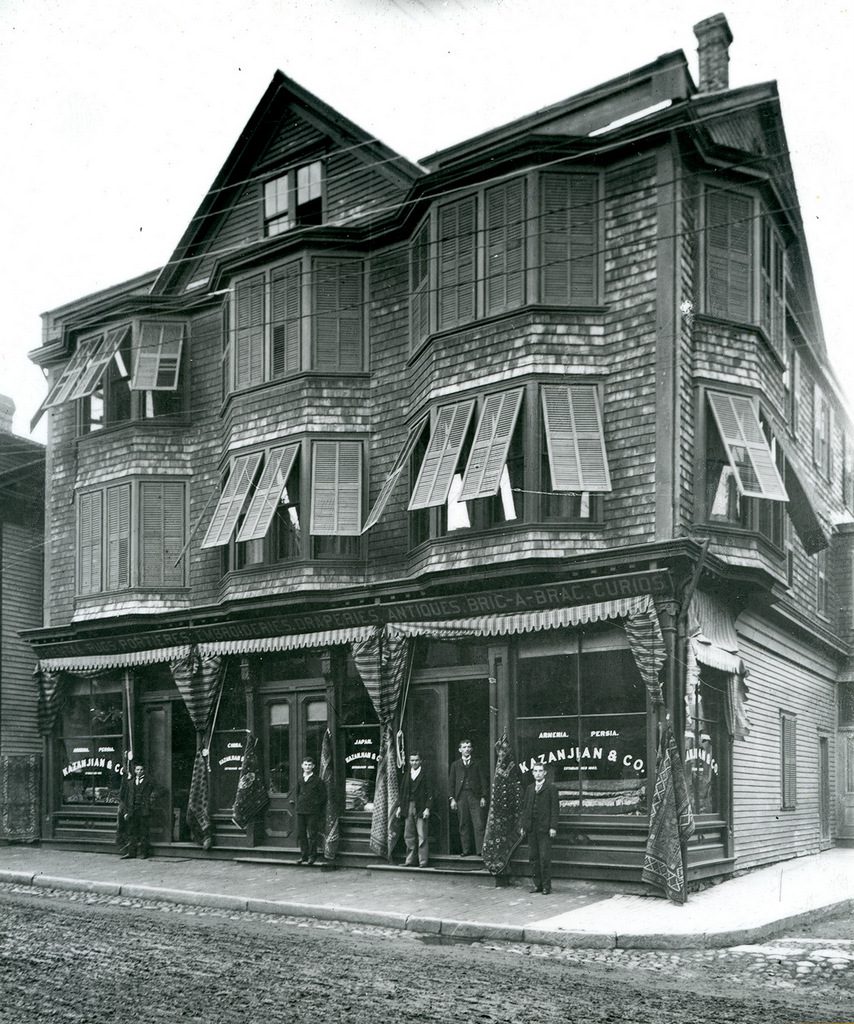 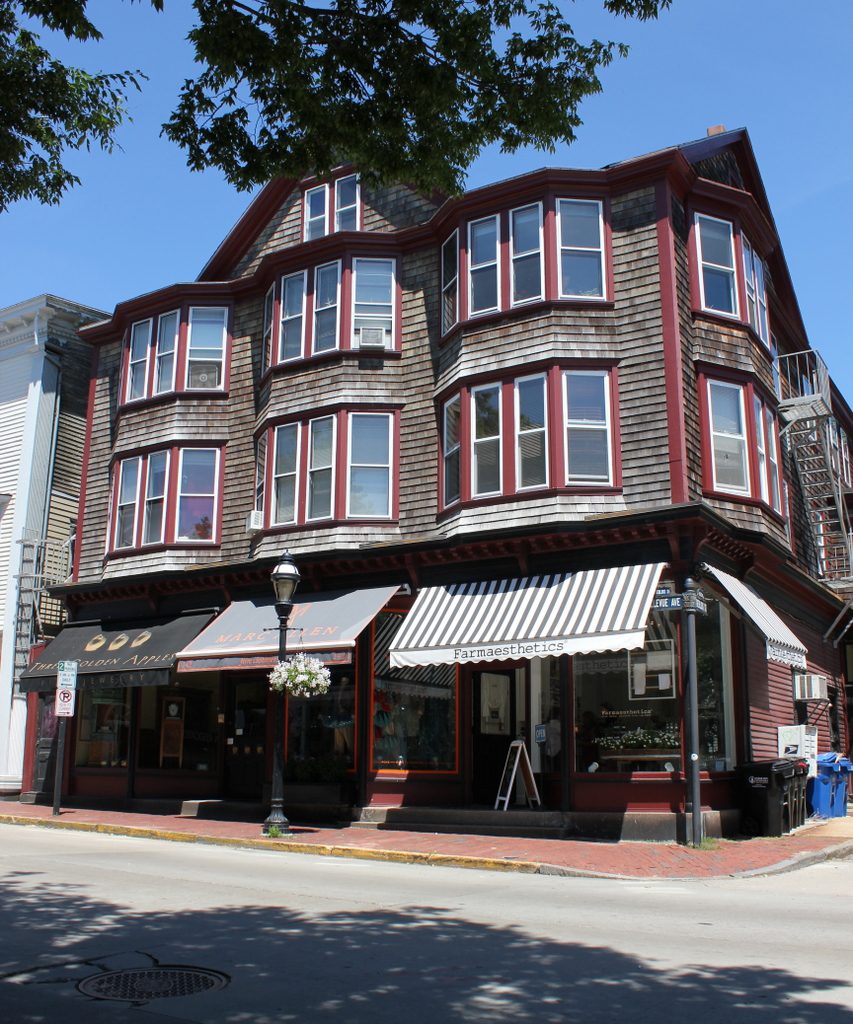 In the late 19th century, Shingle-style architecture became virtually synonymous with New England coastal resort communities, and Newport featured many of the style’s pioneering works. Although this building can hardly compare to the Newport Casino or Isaac Bell House further up Bellevue Avenue, it nonetheless shows the style’s influence on local architecture. This particular building dates back to the 1890s, and was originally the home of the Kazanjian Company, a rug company whose store was located in the ground floor, as seen in the first photo.

The Kazanjian Company was founded in 1882 by Bedros and John Kazanjian, two brothers who immigrated to Newport from Armenia. City directories list their business here at this address throughout the 1880s, although the current building does not appear to have been built until the following decade. Either way, by the time the first photo was taken around 1906 they were selling a wide variety of household goods beyond just rugs. The sign above the first-floor windows advertises “Oriental rugs, portieres, embroideries, draperies,antiques, bric-a-brac, curios,” and some of their rugs are on display outside of the windows.

The Kazanjian family also operated a store nearby at the present-day corner of Bellevue Avenue and Memorial Boulevard, right next to the Newport Casino. Both of these stores would remain in business for many years, appearing in city directories into the 1960s. During this time, the upper floors were rented as apartments. The 1920 census, for example, shows seven different households, primarily single people and married couples with no children. The occupations were highly varied, and included workers at a dress shop, a photographer’s studio, a beauty shop, a grocery store, and the U.S. Navy base in Newport.

More than 110 years after the first photo was taken, Newport remains a popular coastal resort, and Bellevue Avenue is still a premier shopping area. Kazanjian & Company is long gone from here, and the building’s storefronts have seen some minor alterations over the years, but overall the building remains well-preserved. It is a mixed-use property still, with three stores on the first floor and apartments on the upper floors, and it is one of the many historic 19th century buildings that still line Bellevue Avenue.