The Newport Casino on Bellevue Avenue in Newport, around 1900-1906. Image courtesy of the Library of Congress, Detroit Publishing Company Collection. 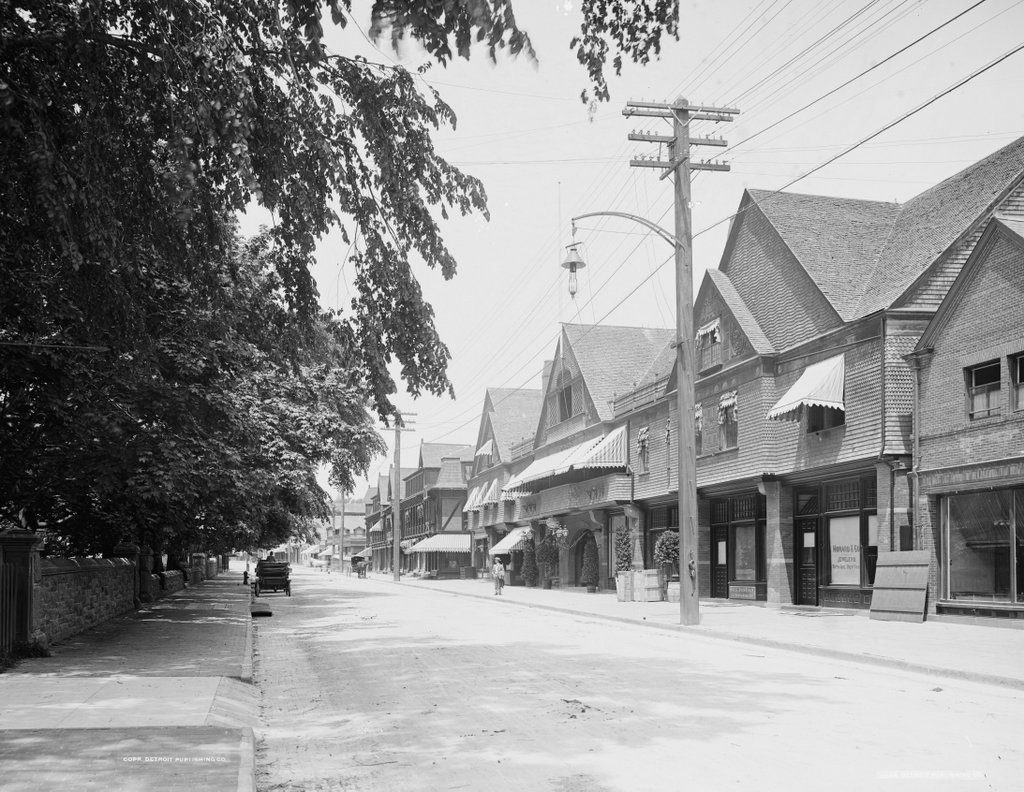 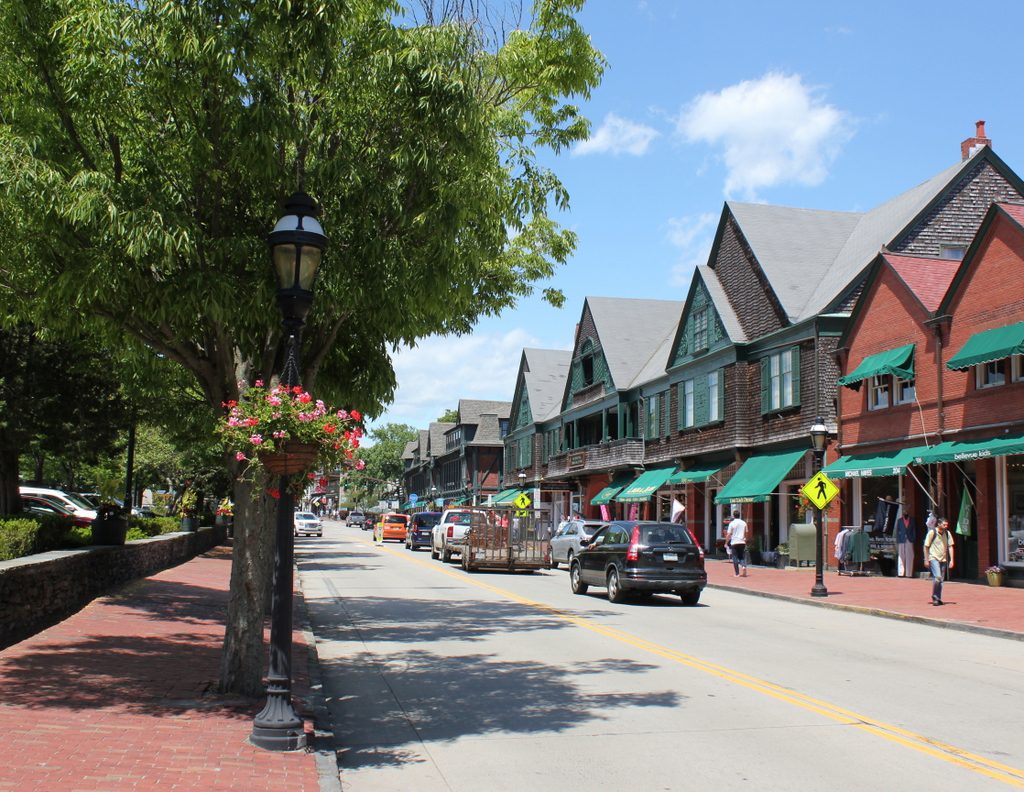 One of Newport’s many architectural landmarks is the Newport Casino, which is located on Bellevue Avenue, just a little south of the present-day intersection of Memorial Boulevard. Its origins date back to 1879, when New York Herald publisher James Gordon Bennett, Jr., purchased the Stone Villa house on the west side of Bellevue Avenue, plus a vacant lot directly across the street where the Newport Casino would subsequently be built. Bennett had inherited a considerable fortune – including one of the nation’s leading newspapers – after his father’s death in 1872. Just 31 when his father died, the younger Bennett acquired a reputation as a flamboyant and eccentric member of New York society.

Bennett’s famously erratic behavior included an incident in New York in 1877, when he urinated in the fireplace during a party at his fiancée’s house. The resulting outrage ended their engagement and also resulted in a duel between Bennett and his would-be brother-in-law, although neither man was injured. Another oft-repeated – though probably apocryphal – incident happened in Newport in 1879 when, according to the tale, Bennett dared a friend to ride his horse onto the porch of the Newport Reading Room, an exclusive social club for the city’s elite. Supposedly, the friend lost his membership, and Bennett was said to have resigned his membership in protest before establishing the Newport Casino as a social club of his own.

Whether or not the story is entirely true, it speaks to Bennett’s reputation for impulsive behavior, and either way he soon began work on building the Newport Casino on the vacant lot opposite his Bellevue Avenue mansion. For the designs, he hired McKim, Mead & White, a newly-established architectural firm whose subsequent meteoric rise to prominence would be due in no small part to their work here on the Newport Casino. The result was an architectural masterpiece, which was built in 1880 as one of the first significant Shingle-style buildings. McKim, Mead & White helped to pioneer this distinctly American style of architecture, which would go on to become predominant in New England coastal resort communities in the late 19th century.

In 19th century terminology, a casino was not specifically a place for gambling, but instead referred more broadly to a social and recreational facility. At the time of the casino’s opening in the summer of Newport, the city had already been well-established as the premier summer resort for New York millionaires, and the casino quickly became its social center. The building offered a wide variety of amenities, including stores along the Bellevue Avenue facade, plus a restaurant, a ballroom, a theater, and tennis courts. Unlike the elite Reading Room, it was also less exclusive, with both the wealthy members and the general public able to enjoy the facilities.

The casino would go on to play an important role in the early history of tennis. Originally referred to as lawn tennis, so as to distinguish it from the earlier game of court tennis, the sport came to America in the 1870s and was played under a variety of rules until 1881, when the United States National Lawn Tennis Association – today’s United States Tennis Association – was established to standardize the rules of the sport. Given its reputation as an affluent summer resort, Newport was chosen as the site of the association’s first championships in 1881, with the newly-built Newport Casino serving as the site for both the men’s singles and men’s doubles championships.

In 1915, the tennis championships were moved to the West Side Tennis Club in the Forest Hill neighborhood of Queens, which was more conveniently located and could accommodate more spectators. The Newport Casino continued to be used for other tennis events over the years, but both the building and the city entered a decline in the first half of the 20th century, as Newport began to fall out of fashion as a summer resort. Many of the Gilded Age mansions were demolished in the middle of the century, including James Gordon Bennett’s house across the street from here. Demolished in 1957, the site of his Stone Villa is now a shopping plaza, and a similar fate nearly befell the Newport Casino, which had been threatened with demolition a few years earlier.

The Newport Casino was ultimately preserved, though, thanks to the efforts of Jimmy Van Alen, a Newport native and former court tennis champion who established the International Tennis Hall of Fame here in 1954. Since then, the building has remained well-preserved, with hardly any changes in this scene since the first photo was taken. The Hall of Fame is still here, along with indoor and outdoor tennis courts, plus one of the country’s few remaining courts for court tennis. Along Bellevue Avenue, the building’s first floor houses upscale retail shops and a restaurant, and it forms part of a continuous row of historic buildings that extends the entire block from Memorial Boulevard to Casino Terrace. Because of its level of preservation, its architectural significance, and its role in the early history of tennis, the building was designated as a National Historic Landmark in 1987.